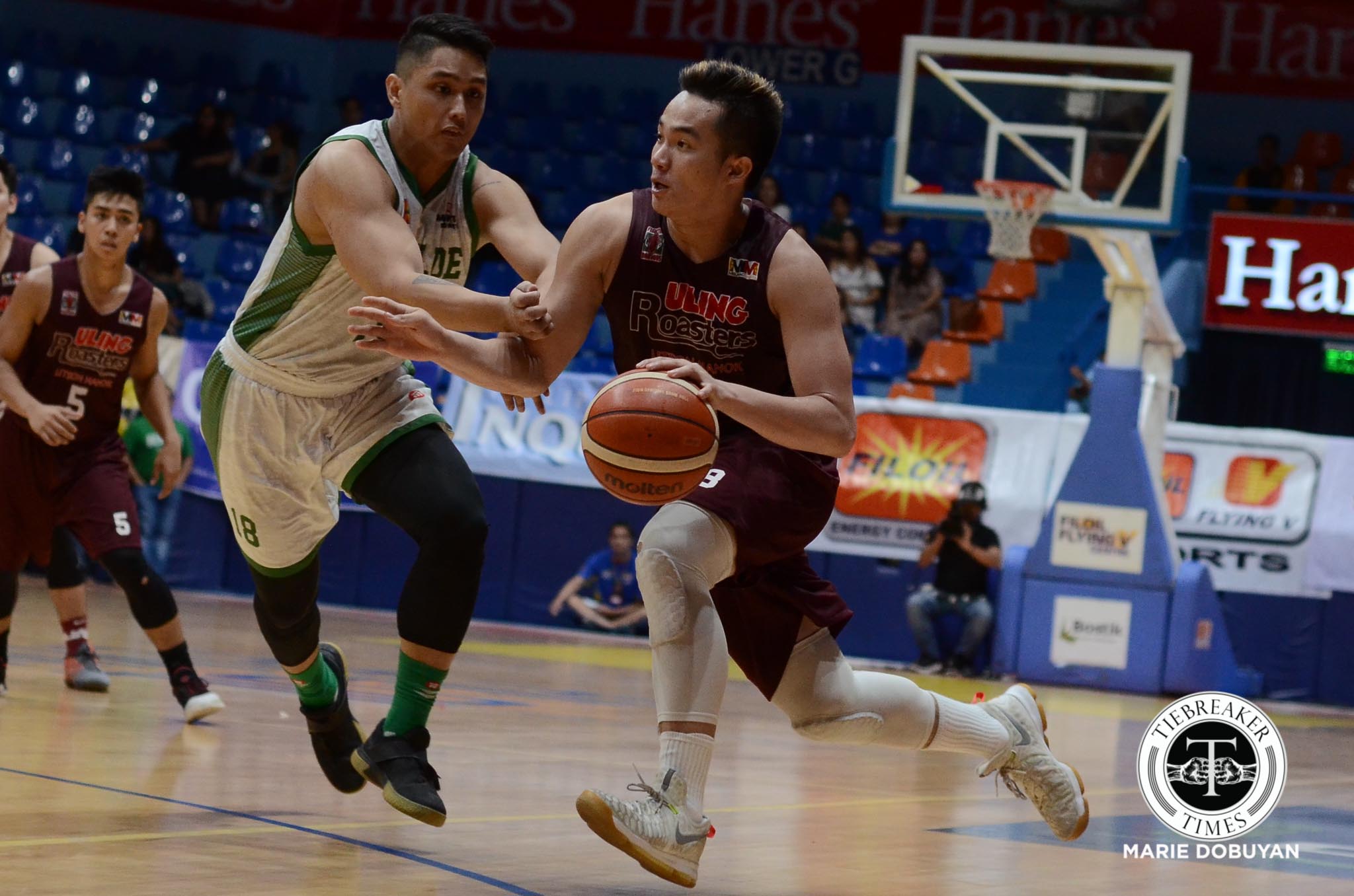 The University of the Philippines Fighting Maroons leaned on its end-game composure to upend the College of Saint Benilde Blazers, 77-70, and took its second consecutive victory, Sunday afternoon.

The gutsy win put UP to 2-0 in Group B in the 2017 Filoil Flying V Premier Cup, while the Blazers suffered their fourth straight defeat and went down to 1-4. But even with the 2-0 start, it’s still far from what UP head coach Bo Perasol is envisioning for his team.

“I can’t say that I’m really happy with the win that we had. I think we could have done better in trying to adjust with what Benilde was doing against us, especially the pressure defense,” Perasol said.

Fourth year swingman Paul Desiderio top-billed the Diliman-based squad with 22 points off 50 percent shooting, to go along with 10 rebounds and two assists. Rob Ricafort played well in both the four and five positions, ending with 12 markers, three rebounds, and one each of assist and steal.

The Maroons had a strong start and led up to 33-15 in the second quarter, before the Blazers mounted a 16-0 run to reduce the deficit to three, 34-37, by halftime.

“You have to give credit to the coaching staff of Benilde. I think that they really have improved in handling offenses. They were able to make adjustments in what we did. They were able to be successful in stopping Paul Desiderio,” the second-year UP mentor furthered.

Saint Benilde continued to deny UP with its pressure defense and eventually tied the game at 39. Breaking the press, the Maroons kept themselves above waters with timely transition baskets from Desiderio and Juan Gomez De Liaño.

READ  Valdez erupts for 39 to lift Customs past Laoag

Both teams were saddled with foul trouble, but none bigger than UP center Ibrahim Ouattara fouling out with still six minutes left. Opposing big men Clement Leutcheu and Edward Dixon took advantage of the situation and cut the deficit to four, 64-68.

From there, UP stepped on the pedals until Javi Gomez De Liaño put away the win for good at 77-70, 15 seconds left.

“I’m happy that we got the win but we really have to improve more in trying to get an identity in our defense. Kulang na kulang kami sa depensa,” Perasol lamented.

The Fighting Maroons will look to extend their winning run as they face the 0-2 Emilio Aguinaldo College on Wednesday, May 24 at 1:30 pm.

The Blazers will attempt to stop its slide when they take on the same team on Friday, May 24 at 11:15 pm.