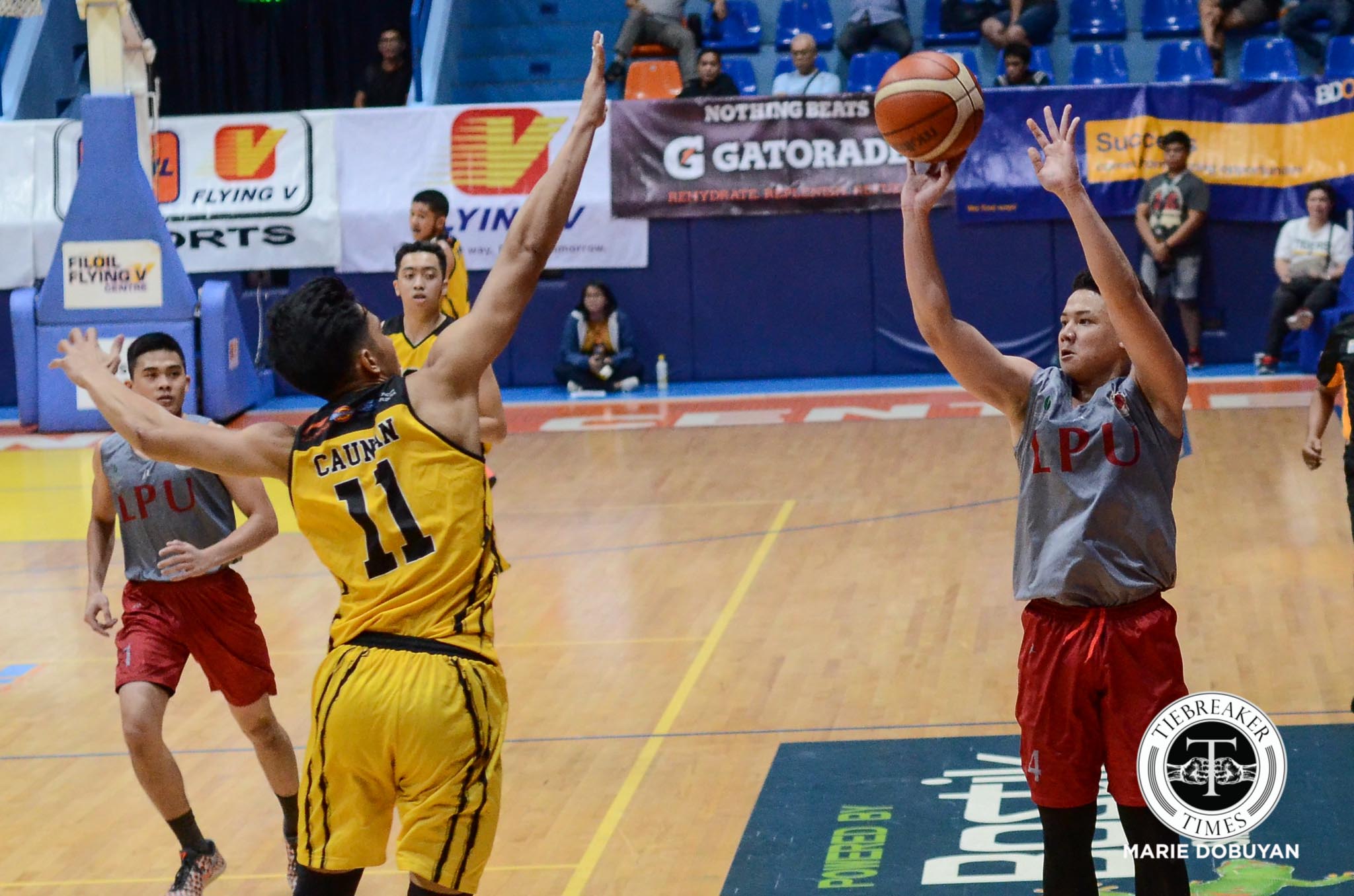 The Lyceum of the Philippines University Pirates immediately broke the 15 three-pointer record set by the Far Eastern University a few hours ago, after hitting a whopping 16 three-pointers. The quarterfinals-bound Lyceum blasted the University of Santo Tomas Growling Tigers, 127-88, to improve to a 6-2 record.

UST, on the other hand, will go home with a disappointing 1-7 win-loss slate.

Lyceum dominated a high scoring first half, 54-34. Jaycee Marcelino led the charts with 10 points, while their impeccable ball movement and passing paved the way to a 20-point cushion.

After the third quarter, the España-based team found themselves down by an additional two points, as the Pirates led 85-63.

The Pirates continued to make it rain at the final quarter as UST struggled to tame them. Lyceum, who had come off a two-week lay-off, compensated for their lack off a front line depth by playing big outside, attempting 45 three-pointers in the game.

“Our only big man is our import, the rest are guard na rin. Kaya we have to make sure that we can hit outside because that’s the only advantage we have. Wala kaming big man, so rather na umiyak kami na di kami makapag compete na wala kaming legit big, we have to make the most out of what we have,” head coach Topex Robinson said.

The Lyceum of the Philippines University will await their opponents for the quarterfinals of the Filoil Flying V Preseason Premier Cup. The playoffs will start on June 21. – By Danine Cruz.