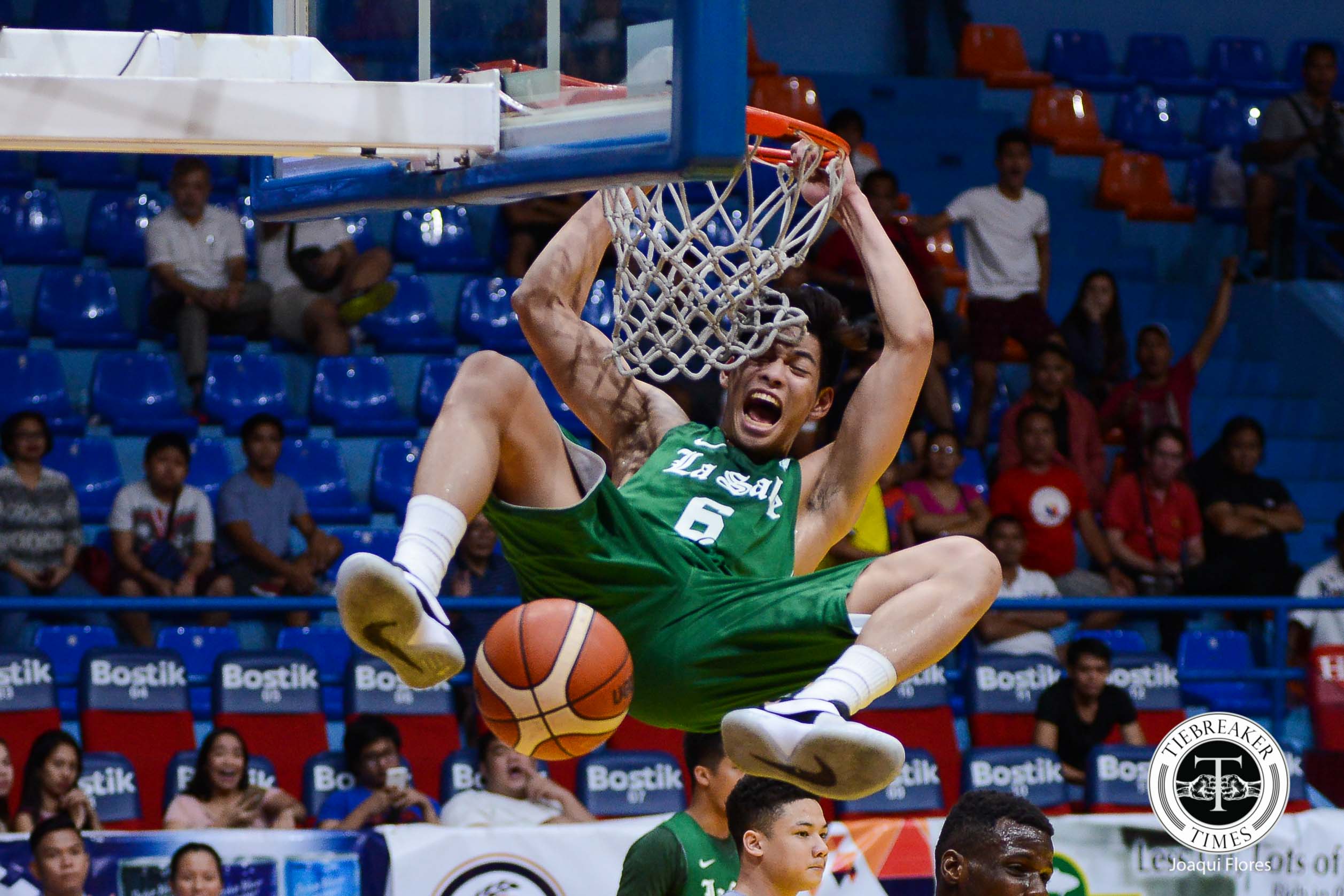 “I told the boys to learn from the previous games. During the post game I told them to learn from this ball game because we’re gonna learn a lot about composure and decision-making when the odds are not with us,” remarked second-year La Salle head coach Aldin Ayo about the thrilling contest.

La Salle’s Cebuano rookie, Santi Santillan, snapped Lyceum’s chances to make it to the finals after completing a crucial three-point play against MJ Ayaay in the dying moments of the game.

It was mayhem in the last minutes of the final frame, especially with the foul trouble coming into play.

Lyceum were able to get a taste of the lead, 99-97, courtesy of Reymar Caduyac with 35.7 ticks left, but the Pirates failed to secure their cushion as turnovers got the best of them.

Santillan took over, finishing a three-point play with only 10 seconds left after hitting a basket and picking up a foul, and officially booking La Salle’s ticket to the finals.

UAAP Season 79 Rookie of the Year Aljun Melecio scored a game-high 30 points, while Ricci Rivero chipped in 27 markers. Reigning MVP Ben Mbala picked up another double-double with 26 points and 17 rebounds.

He provided huge impact to the Pirates’ run, including a highlight-worthy performance where he side-stepped the younger Rivero to finish a layup, giving the daring sophomore a taste of his own medicine.

Supporting Perez were Wilson Baltazar and Ralph Tansingco with 19 and 15 points respectively.

The defending UAAP champions will face the reigning NCAA champions in the finals of the Premier Cup on Sunday, June 25.

Coach Aldin Ayo sees their entrance to the Finals as their great response to the opportunity to stay in the tournament despite a lackluster start.

“Alam mo yung sitwasyon na you were out of the league already and you were given opportunity to come back, you make sure you make the most out of it, that’s what we are doing now,” Ayo expressed.

But the second year La Salle coach did not let go without airing out a comment to the officials.

“Hopefully by Sunday, fair yung tawagan, ganda ganda ng laro eh, tapos may mga ganung klaseng nangyayari. It’s unfair for the teams that are playing, unfair for the fans also who are watching, everybody deserves a good game,” the native of Sorsogon added. – By: Danine Cruz