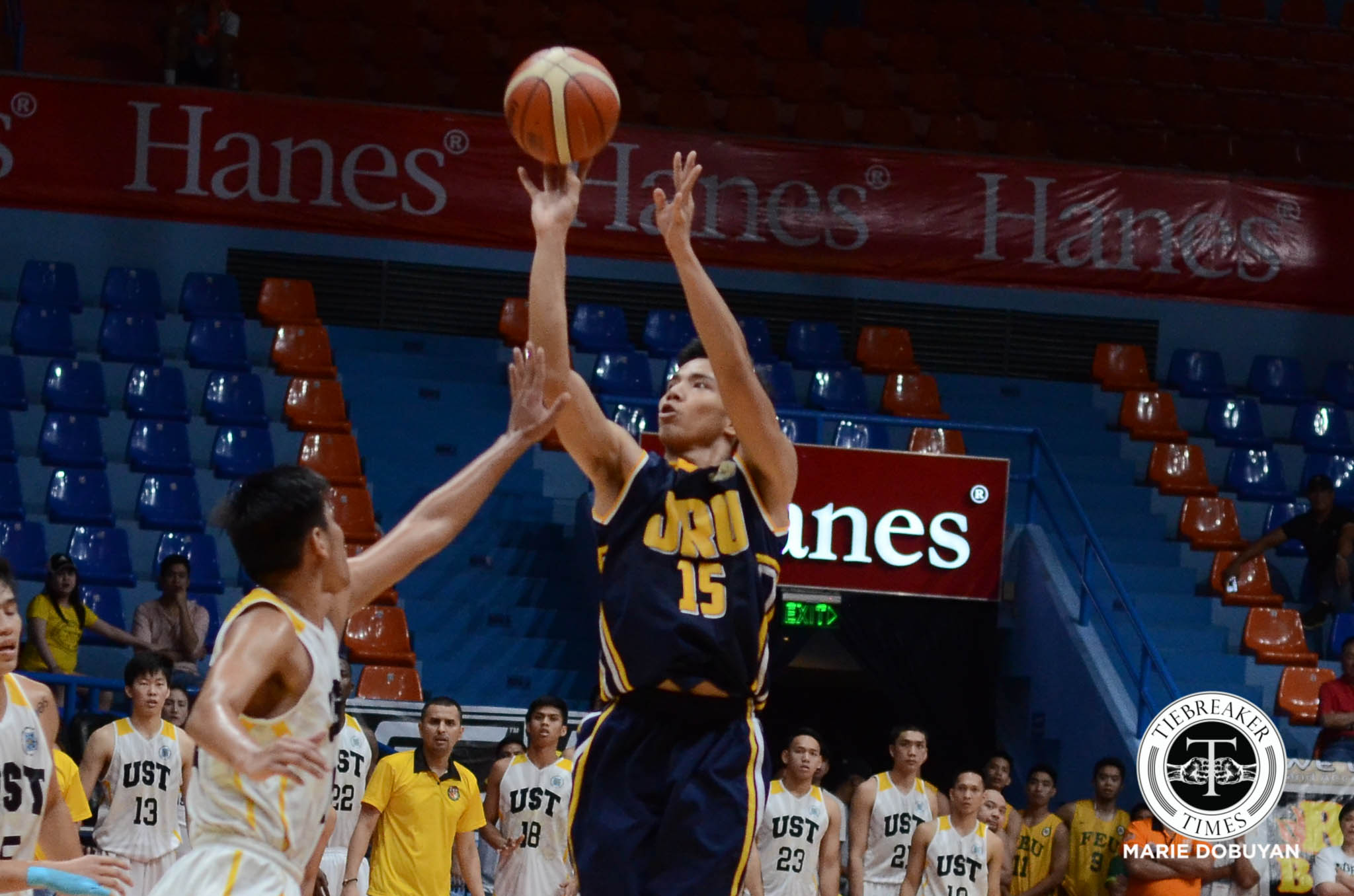 The Jose Rizal University Heavy Bombers leaned on defense and clutch treys to upend the University of Santo Tomas Growling Tigers, 61-55, and took its fifth win of Group A of the 2017 FilOil Flying V Pre-season Premier Cup, early Sunday afternoon at the FilOil Flying V Centre.

The win puts the Heavy Bombers into the quarterfinal picture with a 5-1 win-loss record. Meanwhile, the Tigers took its fourth loss at 1-4.

During the low-scoring first half, both teams have a decent clip with 36 percent and 31 percent for UST and JRU, respectively, but both teams struggled to handle the rock, combining for 24 turnovers.

Head coach Vergel Meneses told his team, “Sabi ko nga sa kanila, we’re not making shots, struggling on offense, we have to work on our defense.”

JRU heeded to their coach’s plea and turned a two-point deficit before the fourth period into a seven-point lead at 53-46 with a Jomer Mariano deuce.

UST’s Christian Garcia then picked up his scoring with a 7-0 run, before Oliver De Guzman forced a deadlock at 55.

That turned out to be the last reply from the España-based squad as two daggers of triples came from Darius Estrella and Ervin Grospe to seal the deal for JRU.

The Heavy Bombers will look to seal its place in the last eight when they face the Ateneo Blue Eagles (2-2) on June 12, Monday at 5:00pm.

De Guzman shone in his first-ever start for UST with 17 points and two rebounds. Garcia finished with 13 markers.

The Growling Tigers will try to get back another win as they battle fellow Dominican squad Colegio de San Juan de Letran (0-4) on Wednesday, May 21 at 3:15 pm. 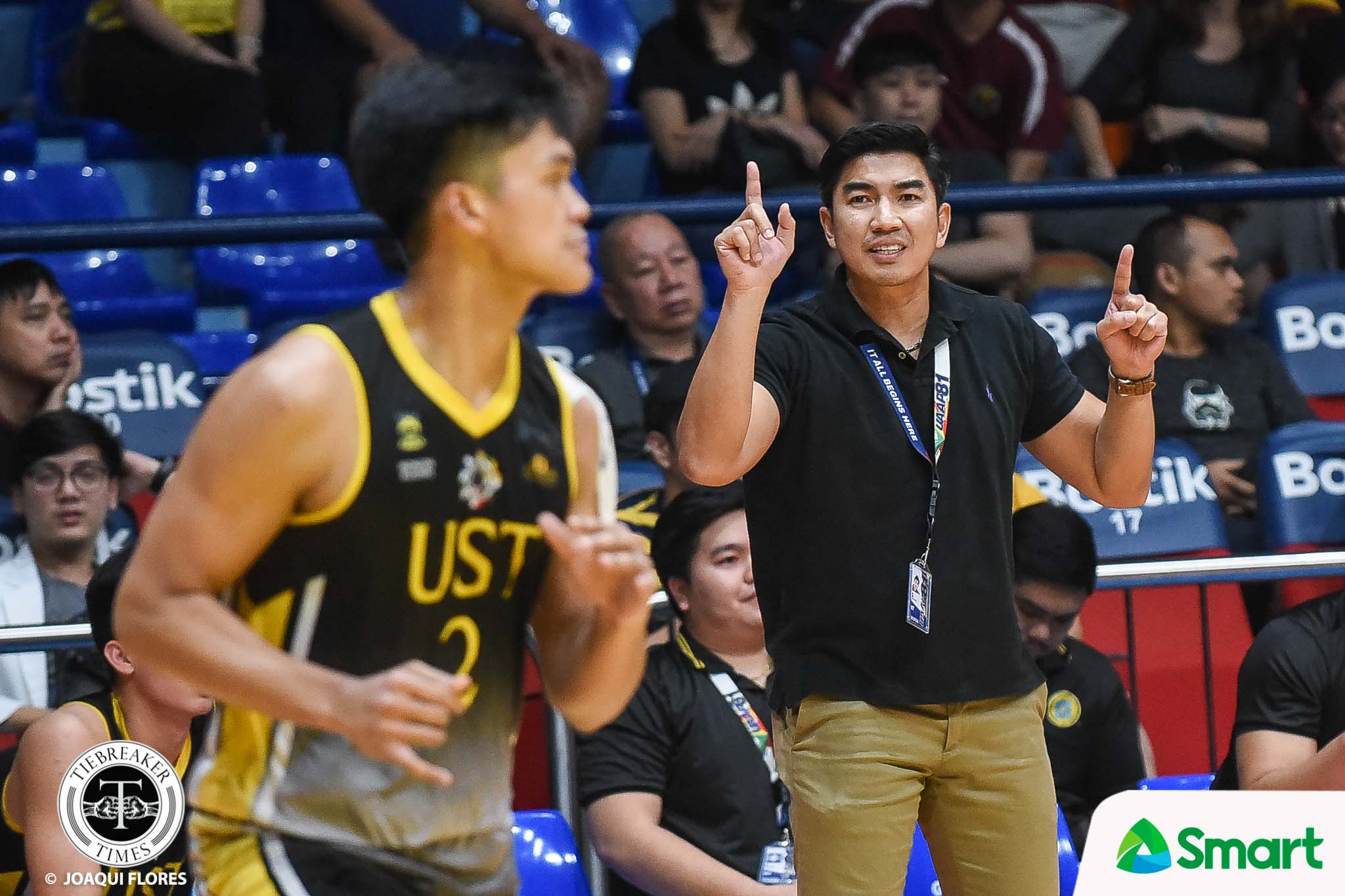 SOURCES: UST stands by own Bicol bubble investigation despite appeal to UAAP

The University Athletic Association of the Philippines has acknowledged the University of Santo Tomas-endorsed appeal regarding Aldin Ayo’s indefinite banishment from the league. In... 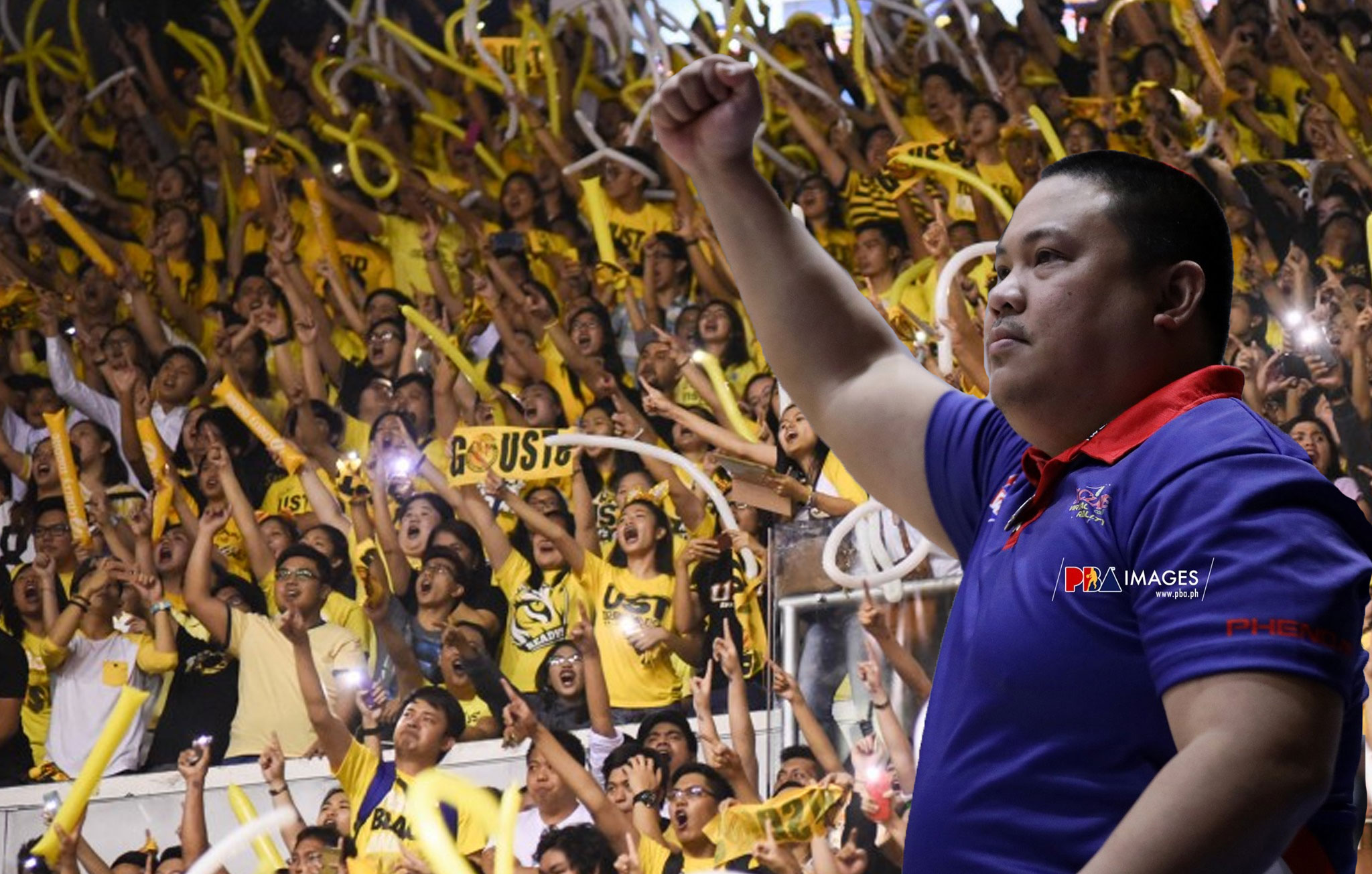 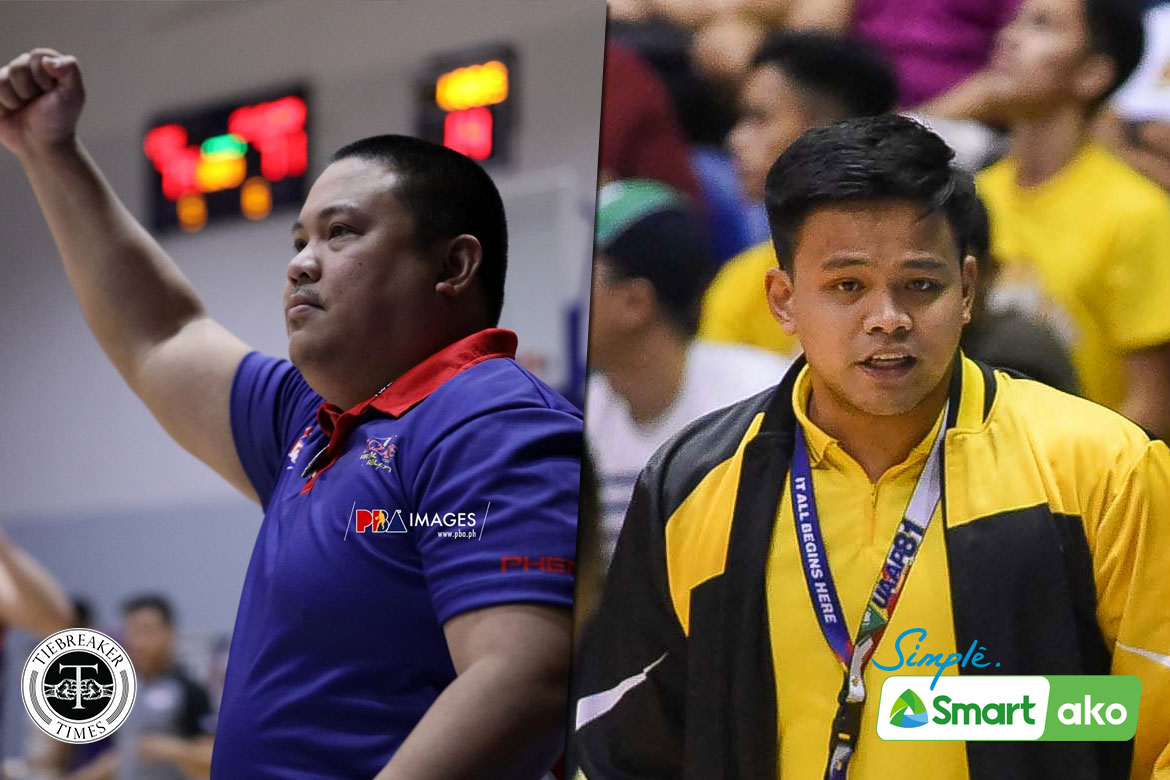 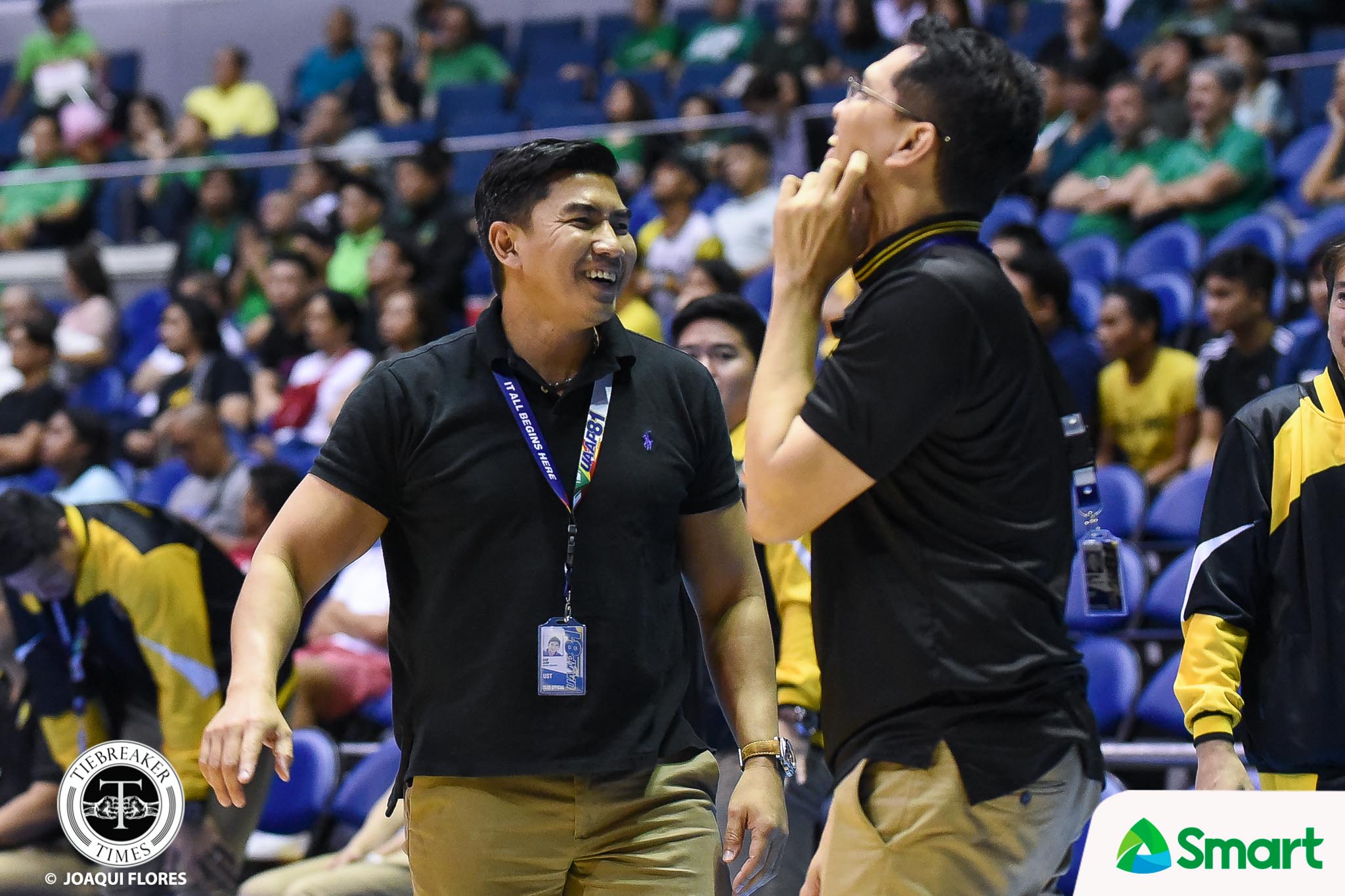 University of Santo Tomas is set to appeal the sanction meted on Growling Tigers head coach Aldin Ayo by the University Athletic Association of...