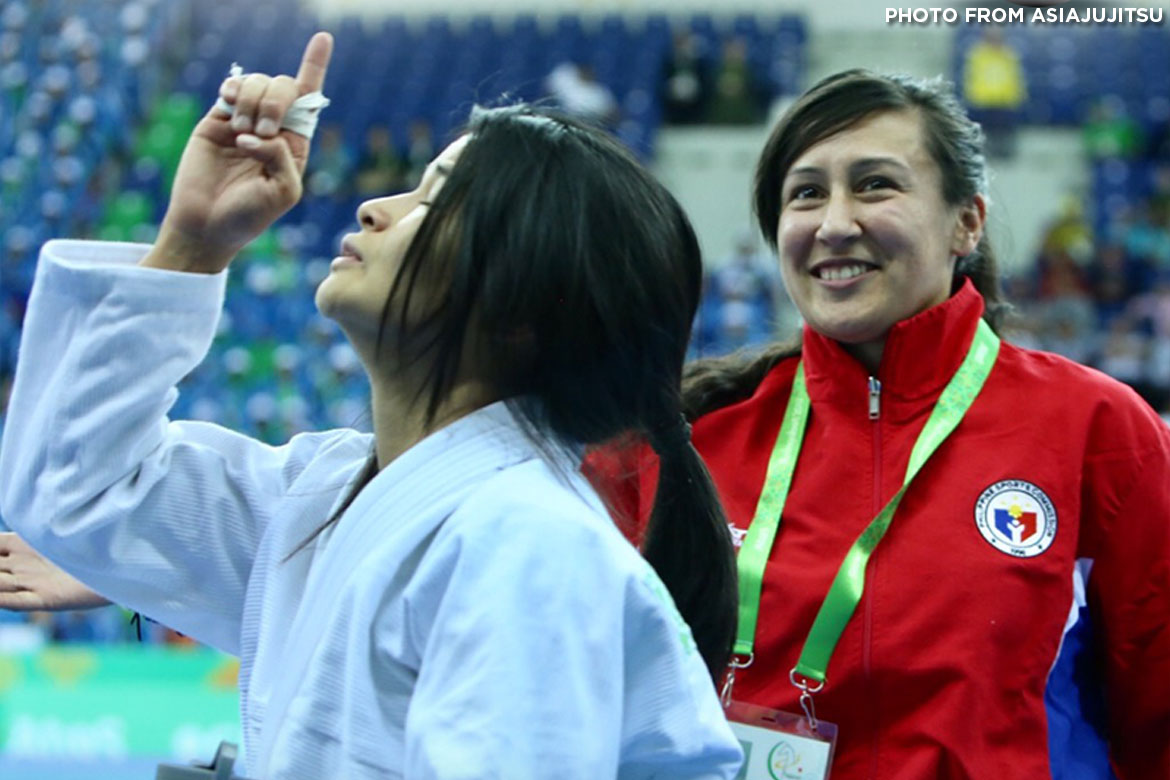 Ochoa won the first gold for the country in the 62-nation sportsfest following a convincing 5-0 victory over Vietnam’s Le Thu Trang Du in the women’s Ne-waza -45kg finals.

“I trained everyday coming in, except on Sundays. But the most important part of my preparation was fixing my mindset,” said Ochoa, a three-time world jiu-jitsu champion.

Ramirez followed Ochoa on the medal stands an hour later after defeating Jenna Kaila Napolis, 9-0, in the all-Filipino finale of the women’s Ne-waza -55kg category held at the Martial Arts Arena.

“I prepared the entire year for this and it paid off,” said the 26-year-old Ramirez, the reigning continental and Asian Beach Games champion.

Ramirez thanked his coach, Filipino judo icon John Baylon, for molding her into a winner.

The government, through the Philippine Sports Commission, will reward Ramirez and Ochoa with Php 2 million each.

The country’s medal production increased to two gold, three silver and one bronze medals, eclipsing the previous output of one gold and two bronze medals during the 2013 AIMAG in Incheon.

Gian Taylor Dee settled for the silver against Omar Alfadhli of UAE in the finals of the men’s -56kg to join Napolis and Marc Alexandar Lim (-69kg).

Kiefer Ravena on Chooks Pilipinas: ‘This team has the most La Sallians that I’ve ever been in’