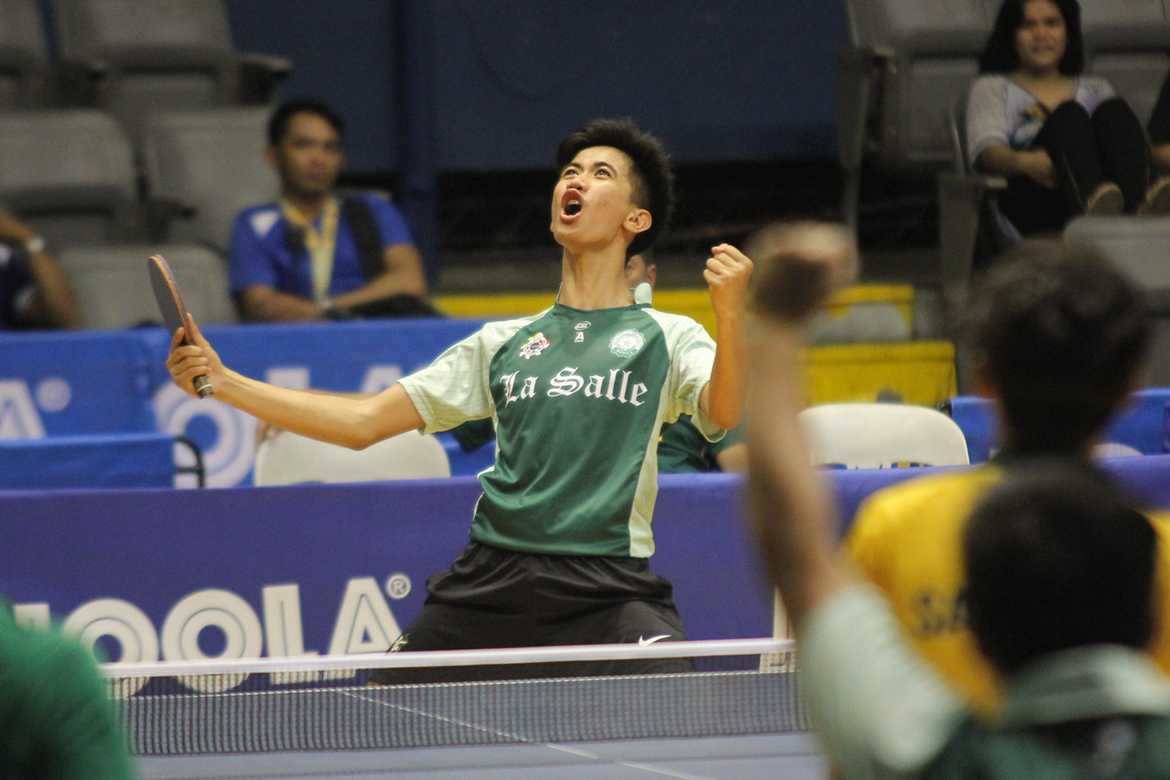 As cliche as it may sound, you can never count out a champion team.

The rousing day for the Green and White started with a repeat of previous day’s win against the Far Eastern University Tamaraws, 3-1.

That turned out to be FEU’s last match won for the season.

Tarak Cabrido then closed out the morning’s tie with a clean sweep of FEU’s Christian De Guzman, 11-4, 11-6, 13-11, to send the Tams packing as their first victim for the day.

The turning point perhaps of DLSU’s day is finally winning one against the University of the Philippines Fighting Maroons this season. And no better time to do it than in the playoffs.

The reigning champs came from behind to deny their Fi​nals opponents from two seasons back a right of passage to the Final Four.

​The Maroons then snatched the upper hand after taking the second singles and the doubles matches.

Brimming with confidence from getting two wins for the day, the reigning kings of UAAP table tennis made sure the crown will still be defended for another day.

The result: a resounding sweep of the third-seeded University of the East Red Warriors.

Then, Eder finally carved a win for the day with a stunning upending of Nestor Estrella Jr., 11-5, 5-11, 14-12, 13-11, in the second singles match. The newbie Green Paddler shook of some error-filled moments to mount the important win.

Nones and Siasico did not let that Eder uprising go to waste as they punctuated DLSU’s run for the day with an 11-6, 11-6, 11-13, 11-9 win over Mc Africa and Michael Valdemoro. The DLSU duo actually had two match points in the third set, but could not close out. Nonetheless, the huge lead in the fourth was enough to eventually win the match and the tie.

The stunning run of the defending champions Green Paddlers continues tomorrow Wednesday in the semifinals against the National University Bulldogs. The Bustillos-based crew holds the twice-to-beat advantage against the reigning kings. Tie 1 is scheduled at 9am. If necessary, the do-or-die match up is at 1pm.

PSL-F2 Logistics shines but burns out to Rexona-Sesc