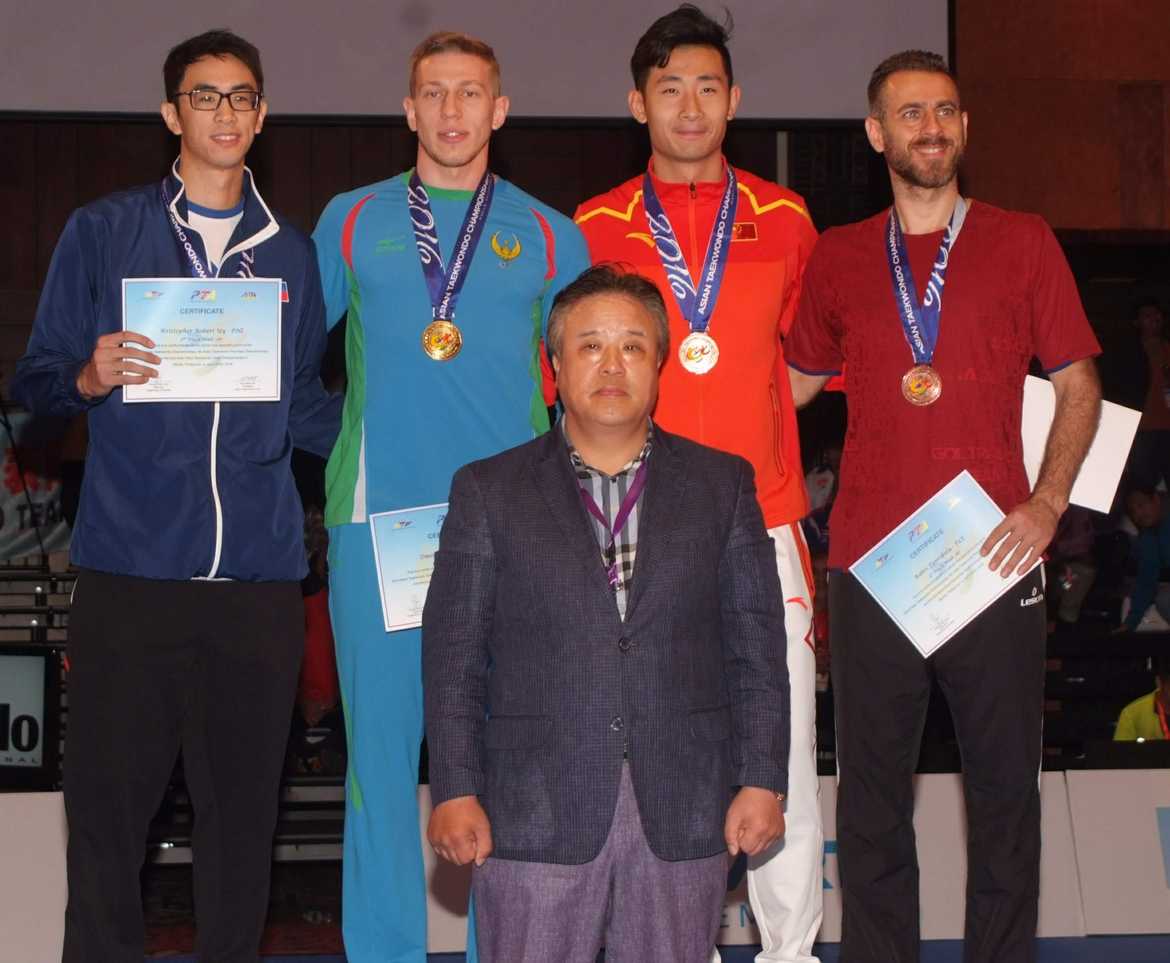 Former De La Salle University Green Jin and UAAP Heavyweight champion Uy narrowly lost to reigning world champion Dmitriy Shokin from Uzbeksitan in the final of the men’s +87 kg. The Filipino heavyweight led 4-3 in the second round after a head shot. In the final round, Shoking rallied back. The Uzbek connect with a counter for his final point. Uy tried to rally back but fell short with a 7-4 score line.

Uy had earlier defeated Hamza Kattan of Jordan in the round of eight, 7-6, to secure his place in the final four against China, which the Filipino won as well.

RP’s lone Olympic bet in the 2016 Rio Games, Alora ended with the bronze medal in the women’s +73 kg. The Filipina won over Yi Ting Lui of Hong Kong in the last eight, and set up a showdown with nemesis Sorn Seamvey of Cambodia.

In the semifinal, Alora had been more aggressive after fighting toe-to-toe with the Asian Games champion and forced the semis into the golden point round. Ultimately, Seamvey connected with on a 45 to finish off Alora.

READ  Adamson does not allow Ateneo to reach base for 69th win
Related Topics:2016 Asian Taekwondo ChampionshipsKirstie AloraKris Uy
Up Next