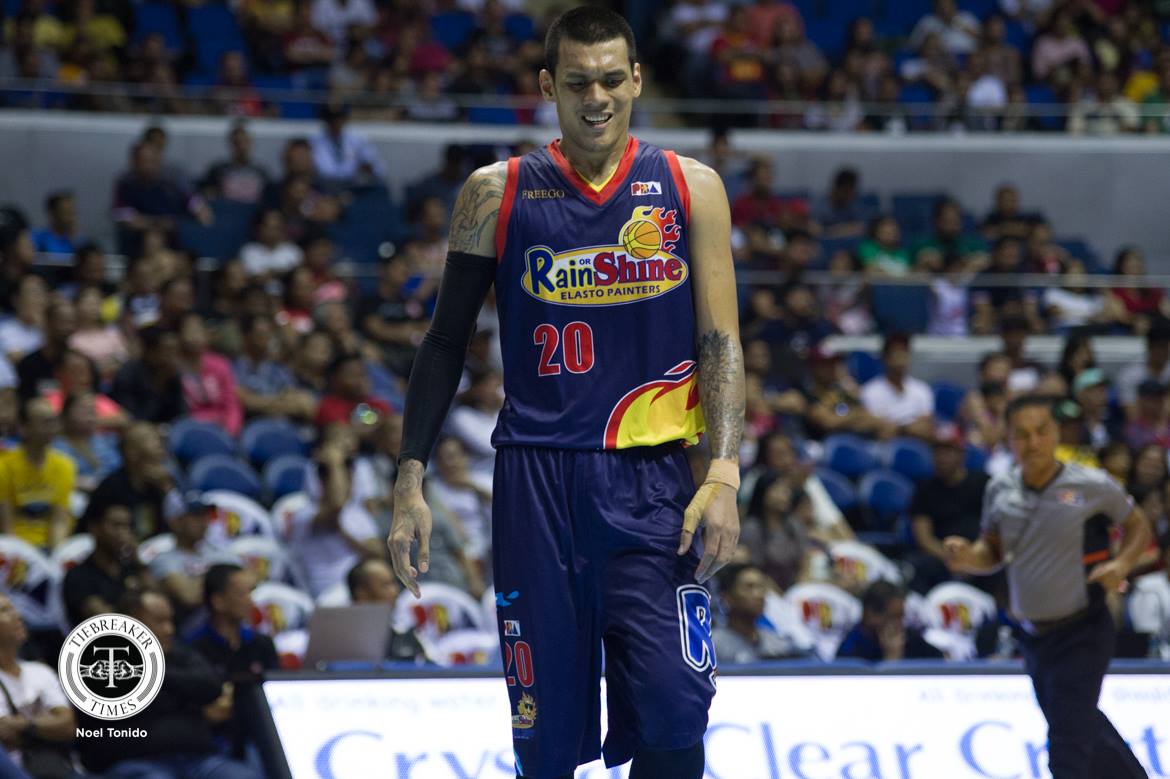 Rain or Shine head coach Caloy Garcia admitted on Sunday evening that he and the team have no idea where their center Raymond Almazan is, that he has been absent without leave for three days now.

The 6-foot-8 Almazan missed the Elasto Painters’ Sunday game versus the Blackwater Elite, marking the second straight game he was absent, as he also did not show up versus the Alaska Aces last October 3.

Almazan last played for the Elasto Painters on September 22 versus the TNT KaTropa in Iloilo City.

“‘Di ko pa siya nakakausap for the last three days so we really don’t know where he is,” said Garcia after their 93-99 loss to the Elite in Santa Rosa, Laguna.

“Hindi nagpaalam,” added the second-year Elasto Painters chief tactician. “I haven’t talked to him. Even management can’t get a hold of him so we don’t know what’s going on with Raymond.”

This kind of issue isn’t new for the former Letran Knights star.

Earlier this 2018, Almazan did not join Gilas Pilipinas practices, prompting then-coach Chot Reyes to remove him from the pool for the second and third windows of the FIBA Qualifiers.

Garcia, for his part, acknowledges the fact that not having Almazan is a big blow to the Elasto Painters, especially now that they have gone 0-4 in the 2018 Governors’ Cup.

“Well, he’s our tallest player. He’s the one who leads this team in rebounding and siyempre yung depensa niya yung importante,” said Garcia, who handled Almazan in Letran years ago.