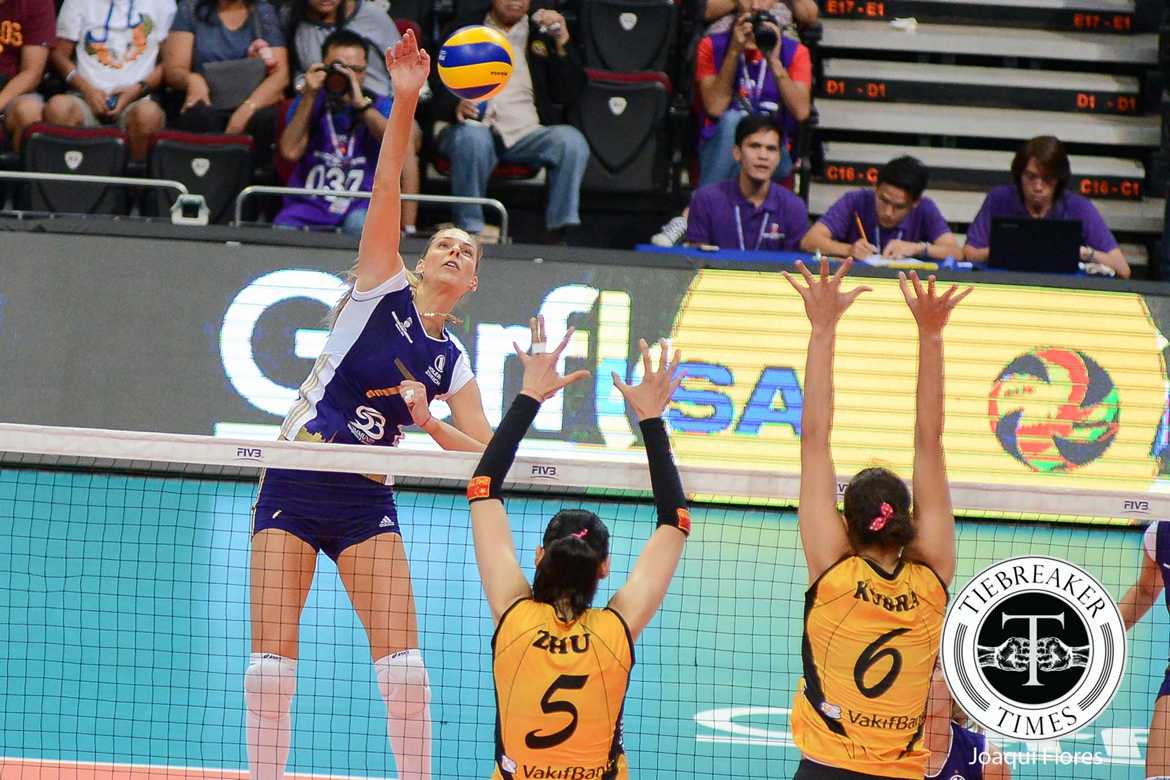 Volero took advantage of Vakifbank’s lackadaisical reception effort in the first two frames. Combined with their stellar floor defense, the Swiss side kept the Turkish club at bay. Climbing back from down 21-22, Volero scored four straight points after Istanbul’s offense stalled. Zurich then saw a 24-22 lead in the second frame evaporate, as Zhu Ting and Lonneke Slöetjes finished back-to-back plays. But Vakifbank surrendered two errors at the 25-all deuce to hand Volero the frame.

Vakifbank then came back with a vengeance in the following two sets. Led by a rejuvenated Zhu, the Turkish side wasted no time burying Volero in the following two frames through smart blocking and floor defense. The 2016 Olympic gold medalist ended up scoring 15 points in those two sets alone to lead Vakifbank to a fifth frame.

Despite touchy calls down the stretch, Vakifbank still found themselves ahead in the fifth set, 14-12 after hits from blocks from Milena Rasic. But Istanbul’s reception took a sudden dive, allowing Volero to take the set via a 4-0 run highlighted by kills from overpassed balls.

“I juts told my team to be brave, like the usual conversation during tiebreak sets. The team with biggest will to win gets the win in the end,” said Volero head coach Zoran Terzic, who is used to upsets as he steered Serbia to a surprising silver finish in the Rio 2016 Olympics.

2016 Olympics MVP Zhu Ting led all scorers with 31 points off 24 attacks, four blocks, and three aces. Milena Rasic turned in 20 markers, 10 of which came from blocks.

Volero takes the top spot in Group B with a 3-0 record. Volero (1-1) will now need to win over Bangkok Glass (0-2) tomorrow to secure their semis seat.