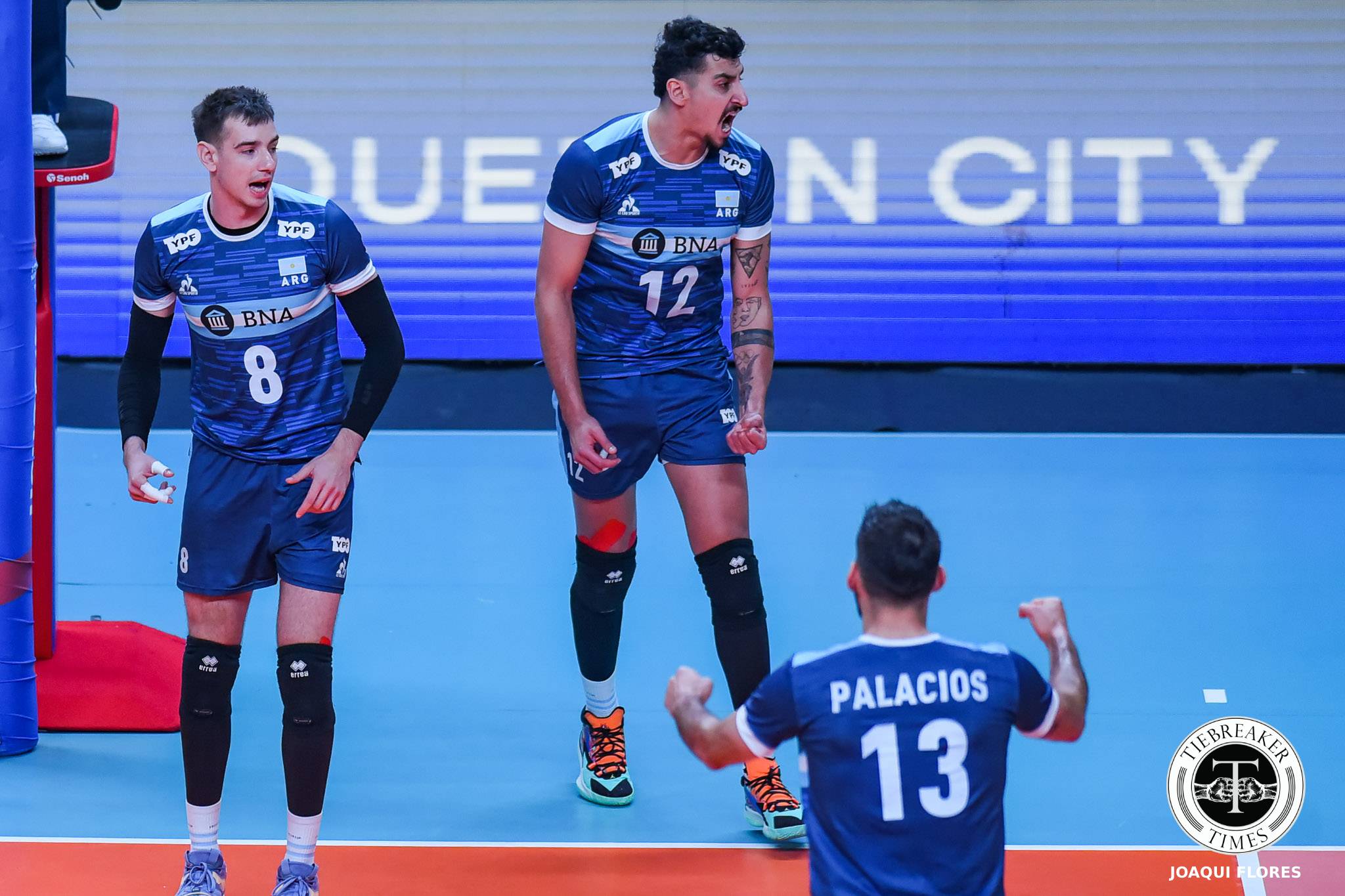 The win saw the Argentines tie their victims at 2-5, pushing them up the team standings and just below the top eight at 10th.

Argentina cruised to a huge eight-point lead in the fourth set, 16-8, charging against China’s porous floor coverage. Errors in Argentina’s passing gave China some life, but the blue shirts eventually cleaned it up for the set and the match. 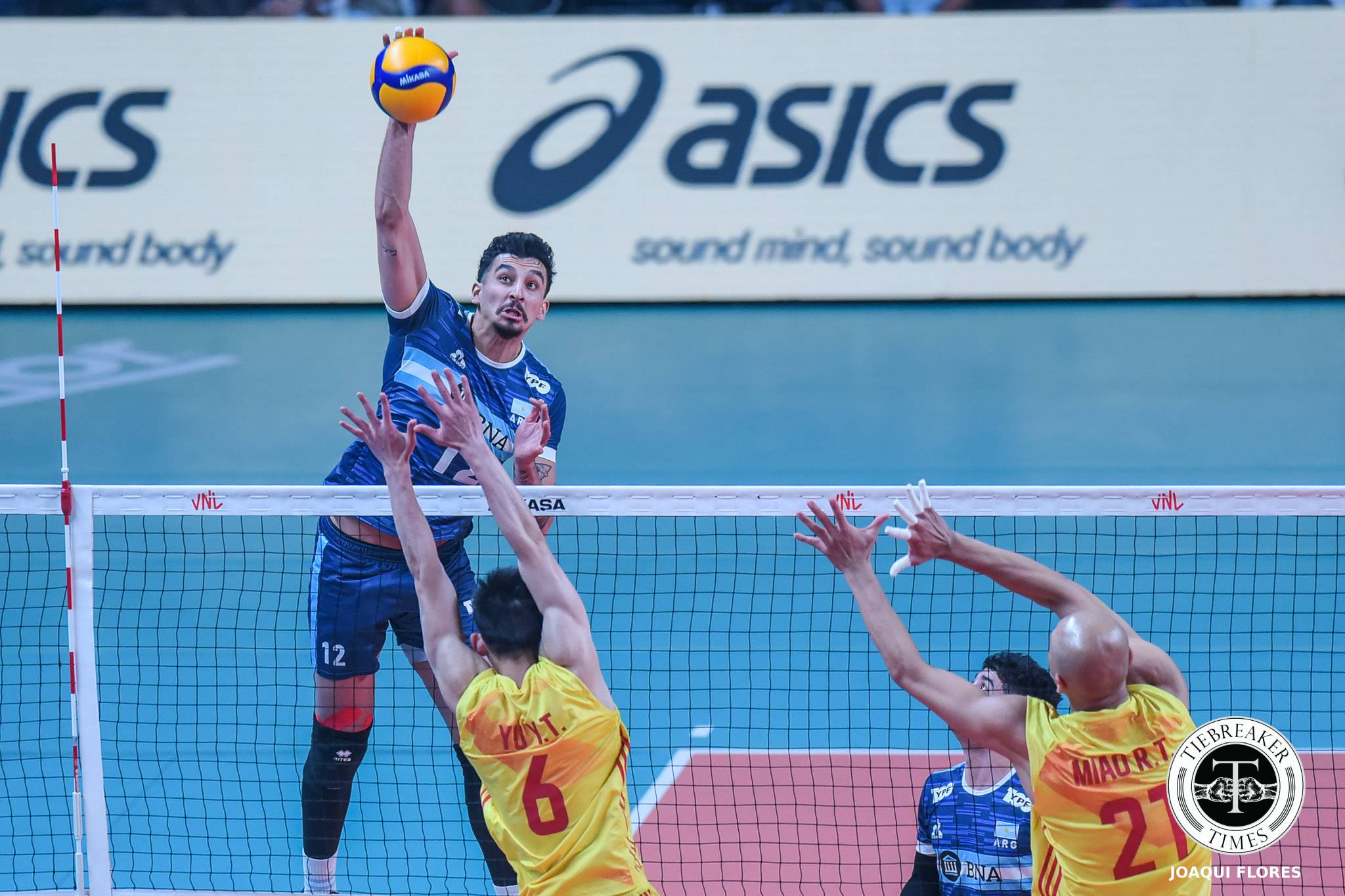 Bruno Lima finished with a game-high 25 points on 20 attacks, including the match-winner. He also ended with three blocks and two serves.

“For us, it is important as this is our second victory in this tournament. We are moving up,” middle blocker Agustin Loser, who finished with another double-digit output of 13 points on 12 attacks and one service ace, said of this crucial win.

“We got a lot of new players that are in their first time with the national team, and they need to get experience in this kind of tournament. We still need to keep working, improving every day. And I hope in the future, we can see the results,” the 6-foot-6 spiker who plays for Allianz Milano continued.

Argentina and China battled for momentum at the start of the set, but the South Americans took advantage of the latter’s passing woes near the end of the set to snatch the opener, 25-22.

China, though, would not be denied the equalizer as outside hitter Yu Yuantai got an off-speed hit to drop for the second-set clincher.

Despite getting the second set, China failed to pick up its momentum as its defense fell apart in the crucial stretch of the third. Argentina then capitalized on the opportunities on the counter to take back the set advantage.

Outside hitter Ezequiel Palacios chipped in 13 points on 12 attacks and a service ace, most of which came when China was mounting mini-runs. Luciano Vincentin added a relatively quiet 11 points on 10 attacks and a block.

Argentina will close its Quezon City pool against the Netherlands (4-3) on June 25 at 11 a.m.

Open spiker Zhang Jingyin kept the Asian side in the match on both ends — on offense, with 18 points on 17 attacks and a service ace, and on defense with a 25 percent reception efficiency and five digs. Opposite hitter Wang Jingyi added 14 markers, all coming from attacks