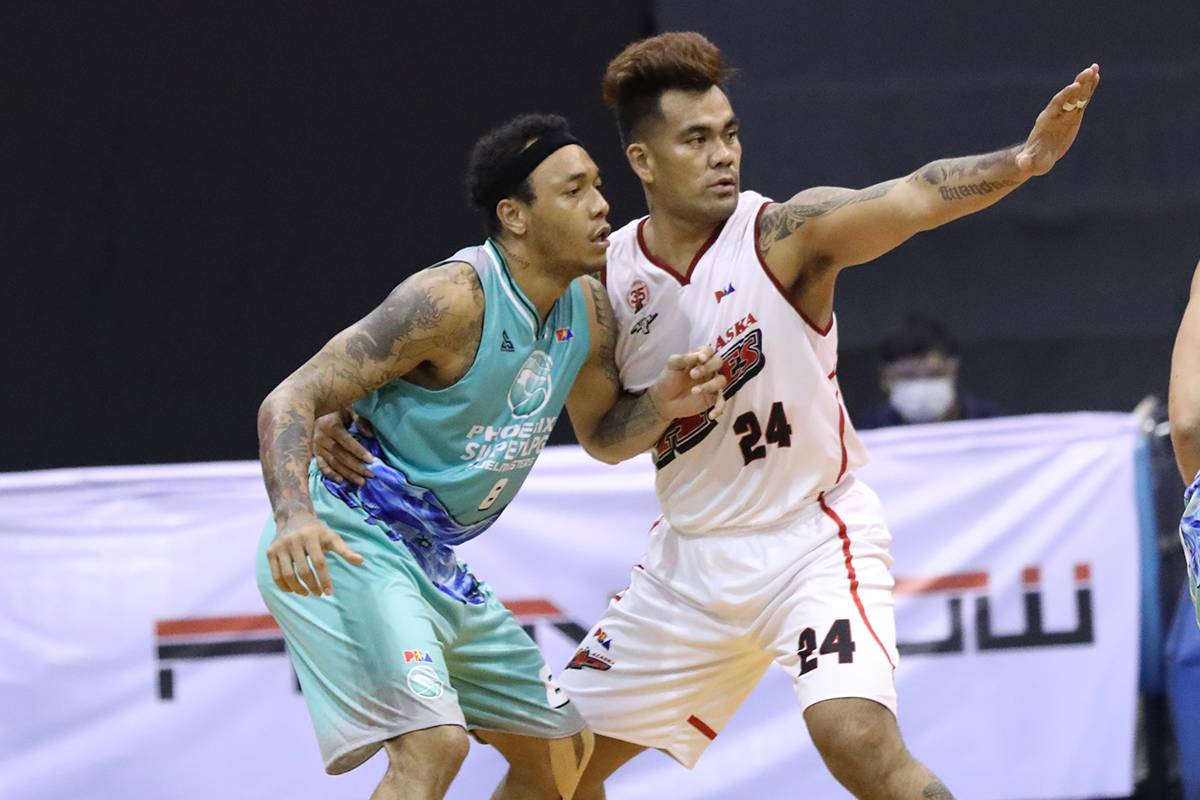 Alaska head coach Jeff Cariaso is simply proud of how Vic Manuel has been embracing his role as the Aces’ go-to guy down the stretch, which he showed on Thursday when they went up against Phoenix Super LPG.

The Aces were staring at a one-point deficit with about nine minutes remaining in the fourth quarter. The 6-foot-4 forward then sparked a 10-0 scoring blitz that gave them an 89-80 advantage with 7:13 on the clock.

Alaska remained in the lead, as Manuel kept on delivering the goods. He scored four straight before Robbie Herndon and Maverick Ahsnmisi joined him for an 8-0 run en route to a 97-82 lead with 4:11 left.

Manuel produced 10 of his team-best 24 points in the final chapter to lead his squad to the 105-97 victory — their fifth in eight games. They also move closer to the 2020 PBA Philippine Cup quarterfinals.

“Vic is turning into that guy that we can rely on down the stretch, and that’s part of his role now. We ask him to be that leader,” said Cariaso.

“It was nice to see that Vic, again, was reliable for us down the stretch.”

For the seasoned bench tactician, though, the team didn’t do well just because Manuel fulfilled his role. He believes that Manuel had extra motivation.

Facing his good pal Calvin Abueva, that is.

Thursday marked the first time that the former teammates faced each other on the court since last season’s Philippine Cup quarterfinals. There, Abueva and Phoenix beat Alaska to book their first semis trip in team history.

Manuel and Abueva did not meet again after, given Abueva’s indefinite suspension from the league for a string of violations. The two waited 16 long months before the chance to play each other again.

And the wait was worth it, though, as the two had themselves quite a duel. Abueva, playing in his second game back, made an impact for the Fuel Masters. He finished 18 points, eight rebounds, five assists, a steal, and a block.

“Of course he’s gonna be a little bit more excited tonight because of Calvin,” said Cariaso.

“I like that. I like when other players bring out the best in you and Calvin does that to him. And I’m sure he does that to Calvin.”