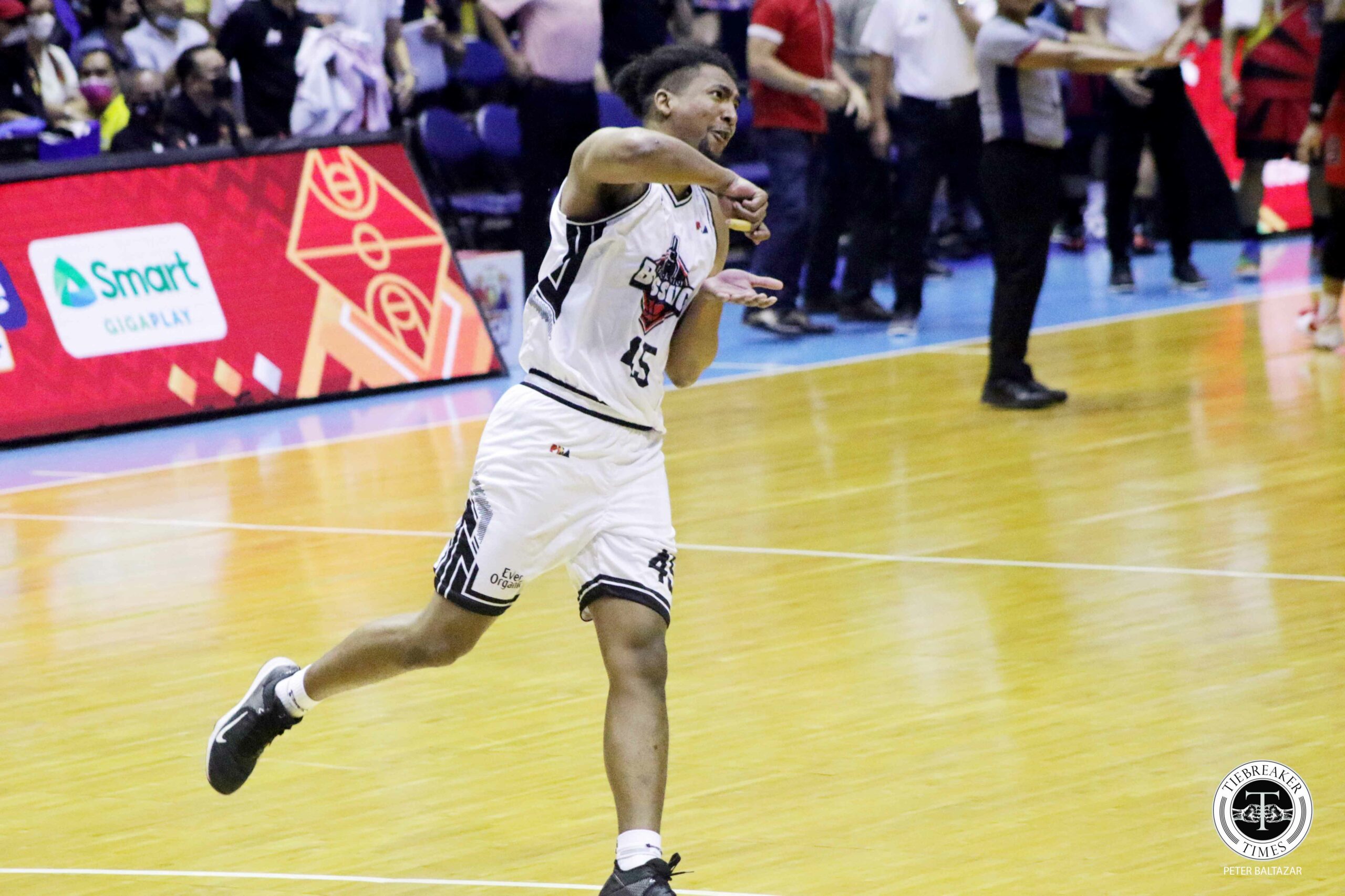 Blackwater almost shook the local basketball scene once more on Sunday as it kept toe-to-toe with powerhouse squad San Miguel on Sunday.

However, the Bossing fell short in overtime, 110-107, which snapped their four-game winning streak.

“I think we grew today but part of growing up is getting the respect of the officials.

“I just felt that the 50-50 calls didn’t go our way,” lamented Vanguardia. “If you can see the stats, 43 free throws against 11, that’s very hard to win. We had 33 fouls, it’s very hard to win. It’s part of growing up and we are trusting the process but I’m proud of the effort we gave.”

Besides the fouls assessed on them and the lack of free throws given to them, Vanguardia pointed out crucial non-calls at the end of regulation that could have swung the game into their favor.

With the likes of June Mar Fajardo and CJ Perez already gassed, two crucial reviews gave the Beermen some breather.

Then late in the game, Brandon Rosser was assessed his sixth foul after challenging Fajardo’s attempt.

Finally, there was Baser Amer’s attempt to close out the fourth quarter that had a lot of body contact.

“I know that we can outlast them, even if we were down 17, we had fresher legs. But there were two lulls in the game — two four-minute lulls — that killed our momentum. That’s breaks of the game and we can’t do anything about it,” continued Vanguardia. “I just don’t want to get fined but I think we played enough to win and I’m just so sad for the guys who sacrificed so hard but didn’t get the win.

“We didn’t get much respect since we are a team that is still earning it. We played a champion and bigger team. I’m proud but it’s sad. I think Baser got fouled twice even not in the last possession. He got bumped from [Jericho] Cruz and then called a foul on Rosser. He clearly hit the ball first. I don’t blame the referees because we have to earn that respect. That next time, they realize that Blackwater can play defense and play a hard game for the fans,” he explained.

Coming off stints with Manila in the MBA and College of Saint Benilde in the NCAA, Vanguardia has been coaching in the PBA since 2000, serving as assistant to Louie Alas, Bill Bayno, Paul Woolpert, Joel Banal, and Derrick Pumaren.

He was also an assistant coach in Barako Bull before becoming head coach of Phoenix and, now, Blackwater.

And in those years, Vanguardia admitted that he had never figured in a game with a free throws disparity as big as the one they had now.

“I’ve been in the league for 20 years and I haven’t coached a game with that type of free throws disparity. I was there when Bill Bayno was coaching against San Miguel and that is why he was frustrated. But I won’t quit. Bill Bayno left and quit,” shared Vanguardia.

Still, Vanguardia was mighty proud of his guys and commended San Miguel for the victory.

“Process pa but proud of the guys.”