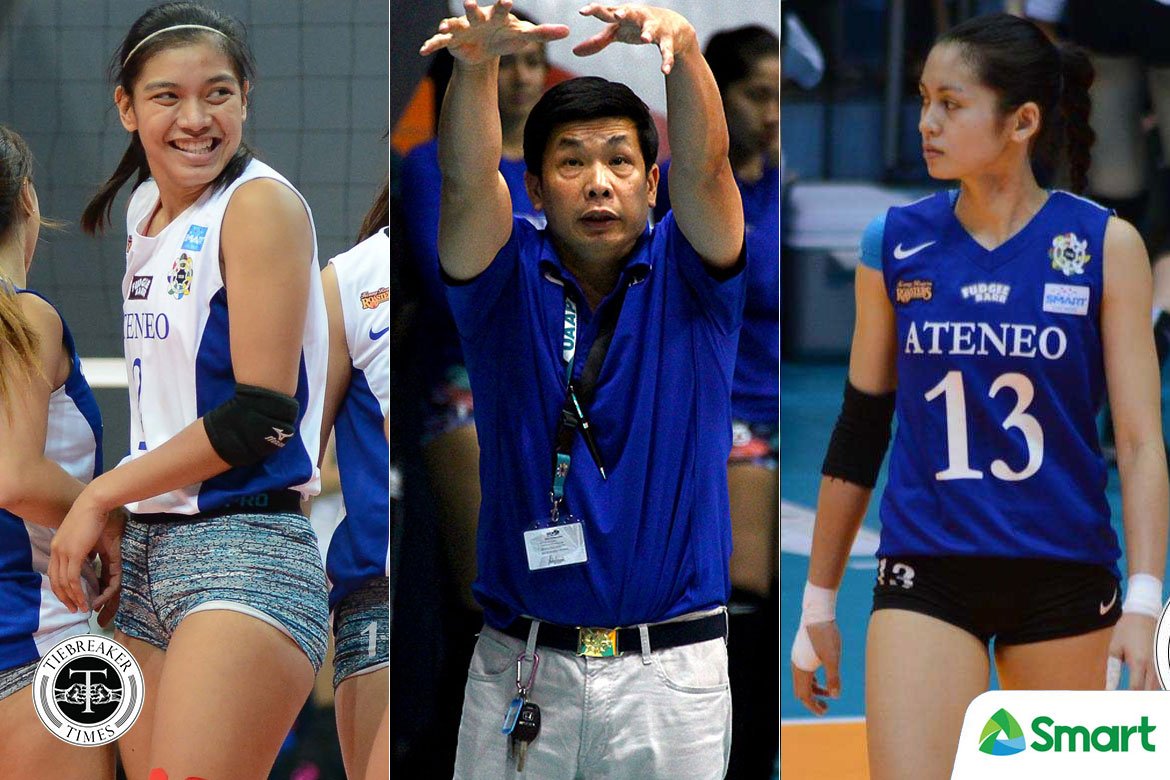 Alyssa Valdez and Denden Lazaro, along with Thai head coach Tai Bundit, will always be remembered as the key figures that brought Ateneo de Manila University to prominence in the collegiate volleyball landscape.

And up to this day, the two still credit their success in their respective careers to Bundit, who instilled his ‘happy, happy’ and ‘heartstrong’ style of play in the Lady Eagles, which the two carried over to the professional scene.

Valdez, who is still with Creamline, and Lazaro, who is now a part of the Choco Mucho Flying Titans, shared their first encounter with the amiable mentor in Tiebreaker Vods’ CPT Crossover, presented by SMART last Wednesday.

“Naalala ko rin ‘yung when we first met Coach Tai because [it was] dinner in a buffet, so it was a team dinner to meet Coach Tai and it was sa buffet,” shared Lazaro.

“We all ate already, full plates, maybe ‘yung iba nag-second round na, and then when sir Tony Liao said na, ‘Okay, here’s your new coach. This is Coach Tai!'”

The Lady Eagles first met Bundit during a team dinner at an all-you-can-eat restaurant located at Pasay, which is almost an hour of drive away from their dormitory in Katipunan, Quezon City.

Upon seeing his new wards raid the buffet table, Bundit — who has little grasp of the English and Filipino language — uttered a few words which made the Lady Eagles drop their utensils.

“The first thing he said was, ‘Oh very, very fat!’ And then he said that we are gonna run the following day at five ‘o clock a.m. I think we all wanted to vomit,” remembered Lazaro with a laugh.

But little did they know that that first encounter would be the start of a very strong bond that would later put Ateneo at the pinnacle of the UAAP.

With the hard-hitting Valdez and the defensive-minded Lazaro leading the way, Bundit was able to steer the Lady Eagles to the third seed after the elimination phase.

It was a rocky road for Ateneo, but they towered over the competition nonetheless, all while embodying Bundit’s ‘heartstrong’ mantra.

They first swept the Adamson University Lady Falcons in the first round of the playoffs. Then they took a 3-1 victory over the National University Lady Bulldogs for the right to face unbeaten De La Salle University in the UAAP Season 76 finale for the third consecutive year.

La Salle, though, was a different monster in Season 76.

The Lady Spikers were able to sweep the entire elimination round, becoming the first volleyball team to ever enter the finals with a thrice-to-beat advantage.

Still, with Bundit at the helm, the Ateneo contingent was able to pull off the impossible.

Facing the team that denied them a championship in the past two editions of the tournament, Ateneo threw everything it had against La Salle in the title-clinching Game Four. Ateneo dethroned the Taft-based spikers, 25-23, 26-24, 25-21, and shut down their second overall four-championship bid in front of 21,314 fans at the Mall of Asia Arena.

Bundit and the Lady Eagles completed another impossible task once more in the following season, becoming the first team in history to complete a tournament sweep en route to their second consecutive title.

Though Bundit and the Lady Eagles’ partnership ended three years after one of the most historic runs in the UAAP, he, Valdez, and Lazaro have written a history that will forever live in Ateneo’s lore.