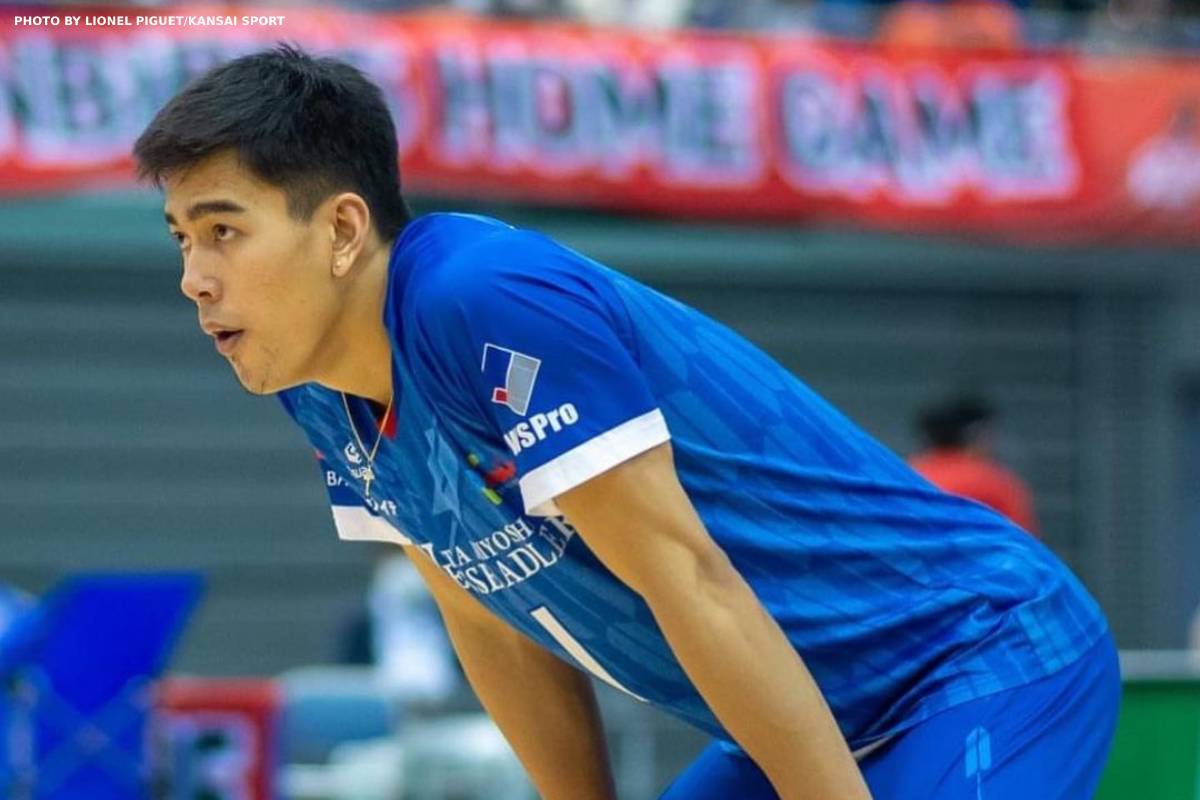 A win by the Red Spirits against the Weisse Adler tomorrow will relegate the latter to Division II while the former will be promoted. The game will take place at 3:00 PM (Manila time).

Bagunas had a day at the net with five blocks to go with 16 attacks. Unfortunately, though, his efforts went down the drain.

Fujitsu was on its way to a sweep, but Oita Miyoshi came to its senses just in time to snag third and fourth sets to force a decider.

However, the Division II squad – who beasted there at 27-3 – averted disaster and managed a 15-13 squeaker for the win.

Yanagida Hyakushiki led the Red Spirits with 21 points on 17 attacks, three blocks, and a service ace.

Takumi Tanihira added 17 points including three aces for the victors.

Venezuelan import Emerson Rodriguez chipped in 17 points in the losing cause, while Kota Yamada produced 15 points.