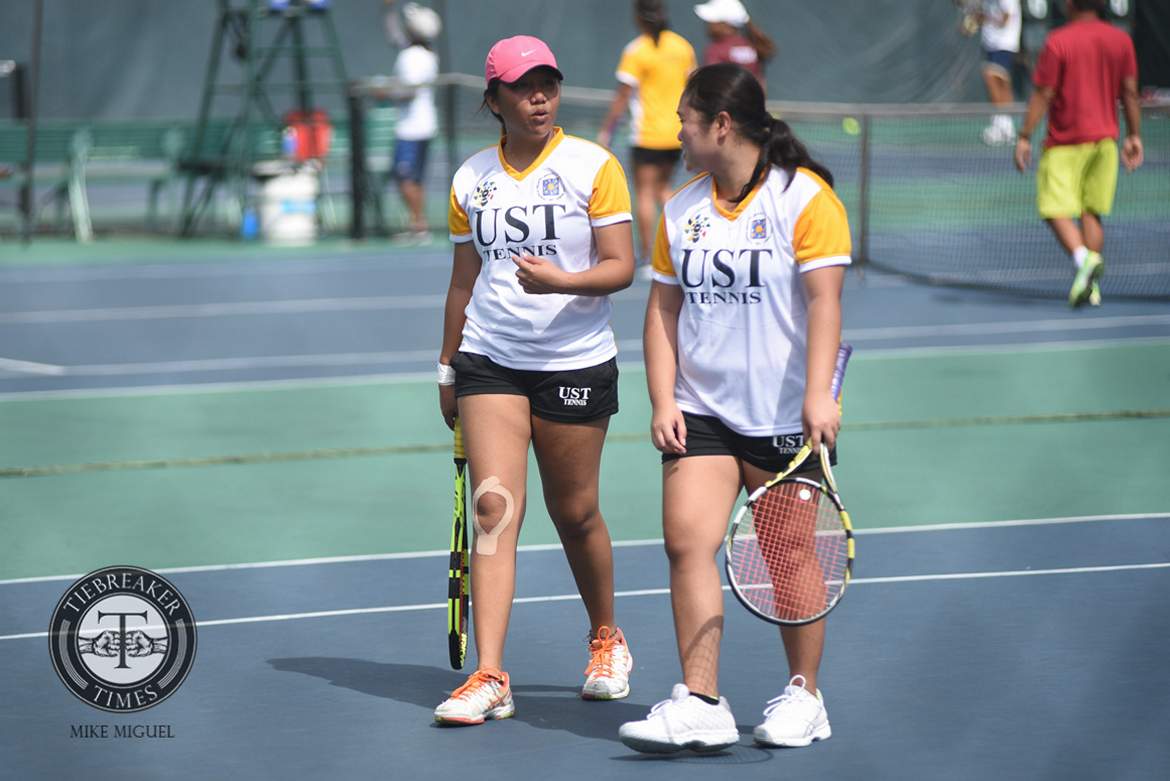 In an all-important match-up, the University of Santo Tomas have virtually locked in the women’s tennis Finals pairing.

The España-based netters registered a rout of the University of the Philippines Lady Maroons, 4-1, and took their fifth win of the season, Sunday at the Rizal Memorial Tennis Center.

The Diliman side suffered a setback early on, as senior Monika Bañez fainted due to intense heat during the warm-up prior to the tie.

Ingrid Gonzales and Shy Gitalan then disposed of Monica Cortez and Denise Jimenez in straight sets, 6-3, 6-1, in the first doubles match. Cortez also incurred a slight injury in the first set, but recovered to play on. Nonetheless, the Tomasinas closed out the match.

Rivera bounced back to take the second set of the match at 6-4. However, Eugenio swept the last three games of the deciding third at 7-5 to put UP on the scoreboard.

The Tigresses eventually clinched the tie after April Santos and Lenelyn Milo overcame a feisty duo of Monivic Santos and Dana Uy in two tight sets, 6-4, 7-5, in the second doubles match.

Kendies Malinis finished the day with a double-bagel drubbing of UP rookie Danielle Carranza.

The Female Tennisters (5-1) will face the defending champions National University Lady Bulldogs (5-0) in a probable preview of the Finals, Wednesday, March 8 at 12pm.

On their part, the Lady Maroons (2-3) will try to sweep the De La Salle University Lady Archers (0-5) to revive their slim hopes for the championship slot earlier that day.