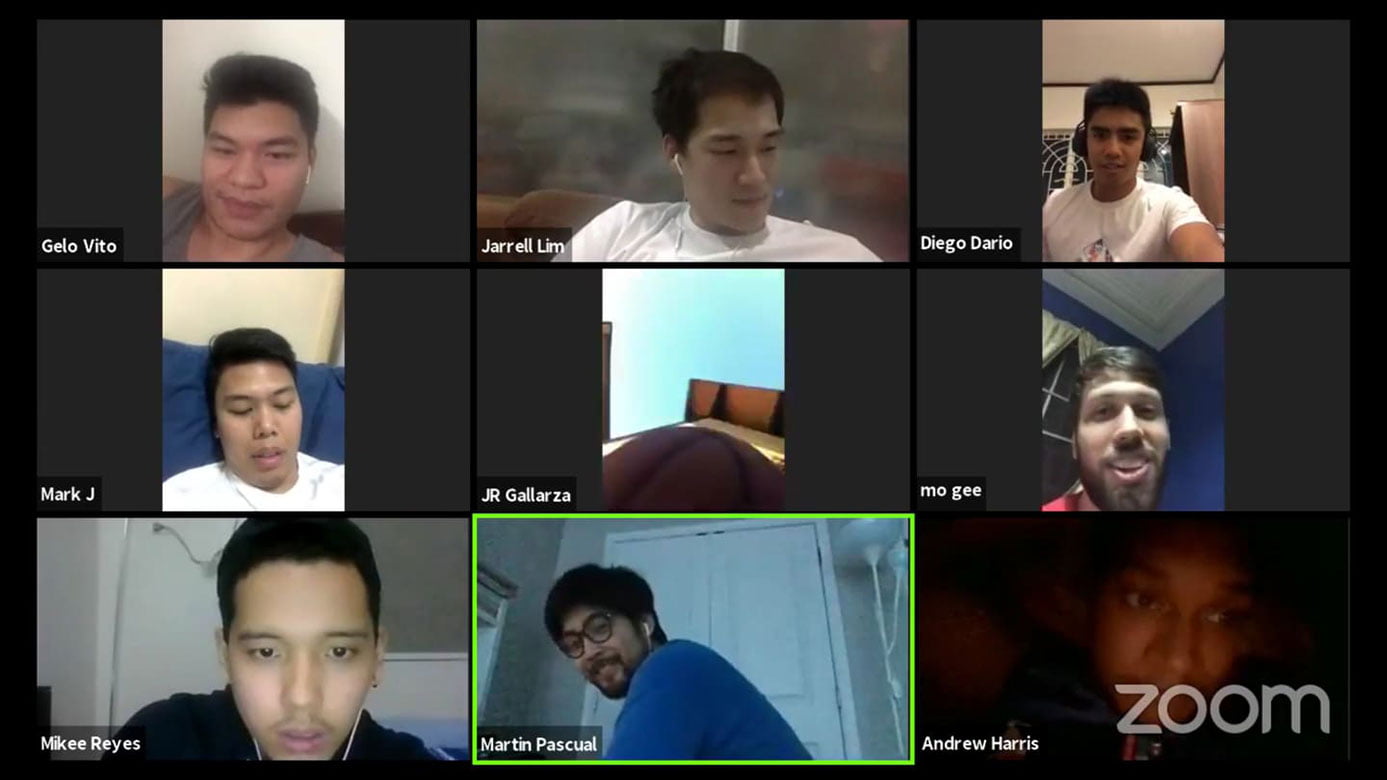 Mikee Reyes organized a reunion with the UAAP Season 77 batch of UP Fighting Maroons on Monday evening.

That batch of Fighting Maroons ended up winning just one game — a 77-64 win over Adamson that ended their 27-game slump back in August 9, 2014.

It was also the starting point of when things turned around for the program.

But what would happen if they took on the current batch of Fighting Maroons? Well, the team talked about it during a live Zoom session.

Each Maroon also received  an assignment on who they would defend.

Kobe Paras was the marked man of Gingerich, while Amar would handle Ricci Rivero. Harris was tasked to defend Season 80 MVP Bright Akhuetie. On the other hand, Reyes had the tall task of manning Juan Gomez de Liaño.

“Payabangan lang,” said Reyes on his advantage of Juan.

Other match-ups included Juruena versus Javi and Will Gozum; Lim versus Jun Manzo — which drew laughs; Dario versus Jaybee Mantilla; Moralde versus James Spencer; Gallarza versus David Murrell; Vito versus Noah Webb; Lao versus Janjan Jaboneta; Gonzales versus Jaydee Tungcab; Bederi versus Jboy Gob; Escalambre versus Pio Longa; and Pascual versus Jerson Prado.

So who would win in a best-of-seven?

Besides this fantasy match-up, there were many things the crew talked about, including their favorite moments, their team building in Bataan, why Paul Desiderio missed that season, among others.