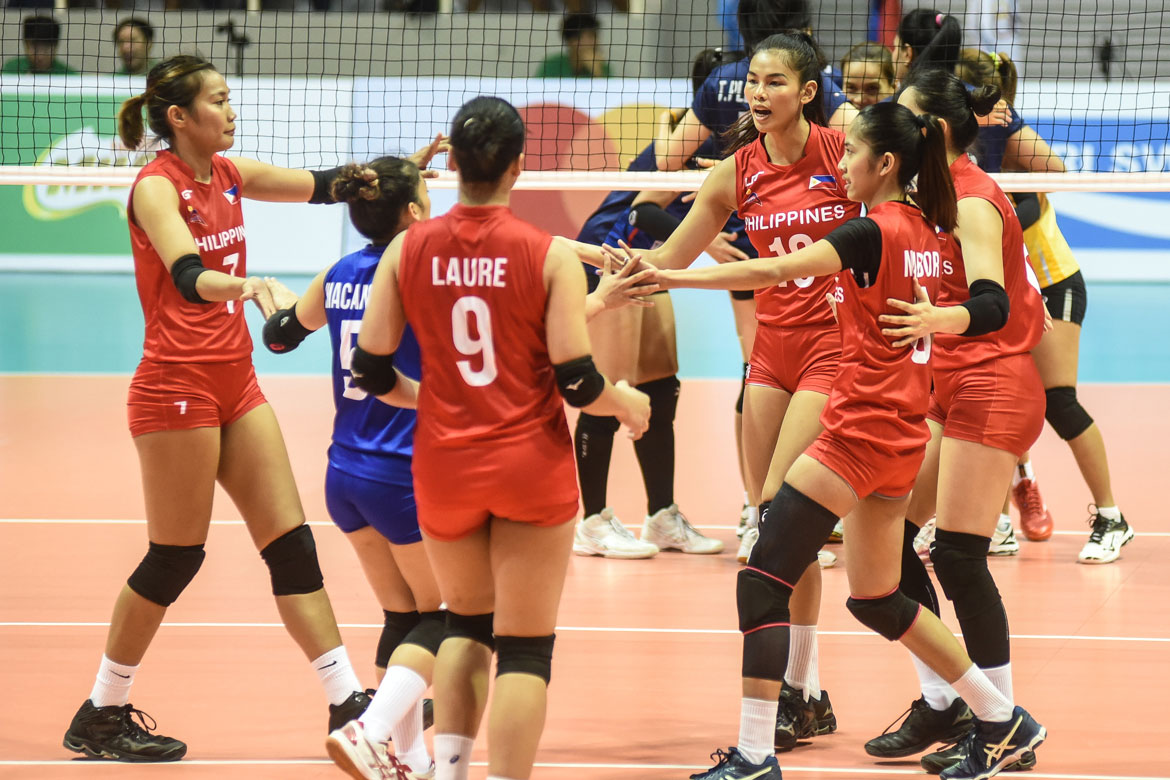 Despite putting up a valiant stand, the undermanned Philippine Women’s National Volleyball team gave in to the sheer might of Southeast Asian powerhouse Thailand, Saturday night.

Down to just 10 active players, the Nationals were on the receiving end of a clinical performance from the Thais. They succumbed in straight sets, 12-25, 16-25, 10-25, in the second leg of the ASEAN Grand Prix at the Sta. Rosa Multi-Purpose Sports Complex.

The Philippine delegates badly missed the services of yesterday’s top scorer Alyssa Valdez, main setter Jia Morado, middle blocker Maddie Madayag, and the hard-hitting Jovelyn Gonzaga — all of whom had club commitments in Iloilo. Still, they flashed moments of brilliance.

The quartet of Mylene Paat, Ces Molina, Majoy Baron, and Grethcel Soltones shouldered the scoring load for the host country. They spearheaded the resistance against the World Grand Prix regulars at the early junctures of each set.

However, Thailand picked up an overwhelming pace down the stretch to leave the Filipinas in its wake.

Paat finished as the lead scorer of the Philippines, tallying seven points, with all but one from attacks. Molina supplied six markers, while Baron contributed five for the team’s depleted firepower.

Soltones and Jasmine Nabor — who were the last-minute additions to the roster — stepped up in their own respective ways. Soltones dispersed five points, nine excellent receptions and 10 excellent digs in her first action in the ASEAN GP. On the other hand, Nabor carried the playmaking load in lieu of Morado, fanning out 13 excellent sets.

On the other hand, Thailand — which wrested the throne in the inaugural leg of the regional tournament in its home soil in Nakhon Ratchasima — kept its record pristine in five matches dating back to the opening leg.

The Philippines seeks to end its campaign on a high note when it goes up against Indonesia tomorrow, October 6. Meanwhile, Thailand tries to complete a dominant sweep of the tournament against Vietnam on the same day.

Mark Nonoy would rather dish out dimes than score points