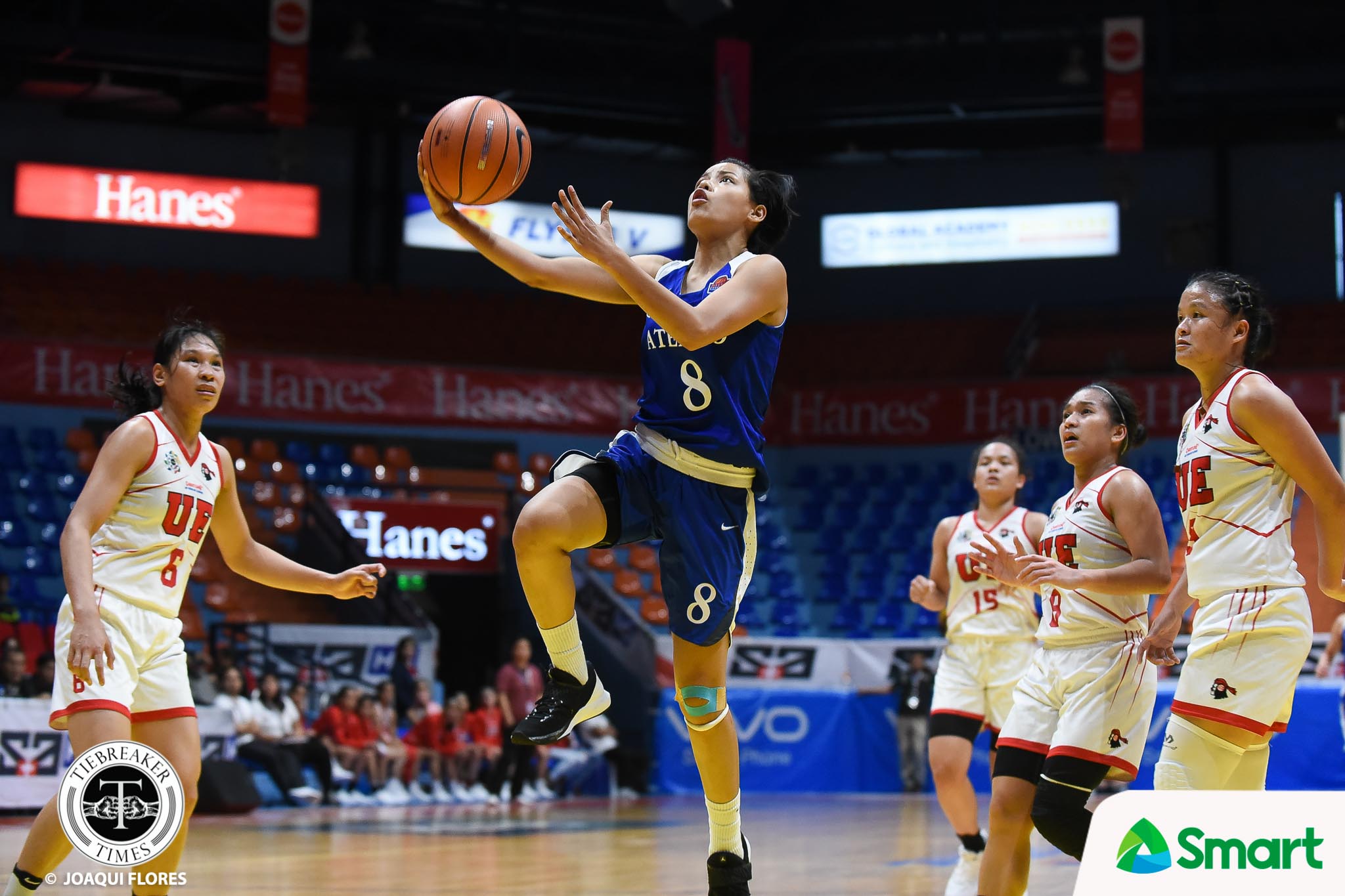 The veteran guard sank 21 points and seized five rebounds to lead the Ateneo de Manila University to a 69-63 victory over the University of the East Lady Warrior, Saturday afternoon at the FilOil Flying V Centre in San Juan City.

“I didn’t look at her scores but what I saw was the way she sacrificed her good shot for a better shot. I think that’s the biggest improvement for me,” commented Ateneo mentor John Flores on Go’s performance.

This is Ateneo’s second straight win in the second round, and it elevates their standing to 4-6 – 1.5 games behind fourth-running Adamson.

Jhazmin Joson’s buzzer beater right before halftime gave the Lady Eagles a sizable separation from the Lady Warriors, 42-29. UE tried to mount a comeback upon the game’s resumption, but Ateneo always found a way to repel any run.

Back-to-back triples from Go and then Alyssa Villamor gave Ateneo their biggest lead of the ballgame at 69-52 with 2:35 left in the contest. With the win virtually sealed, the Lady Eagles took their feet off the gas and allowed the Lady Warriors to make an 11-0 instigated by Anna Requiron’s basket to close the game on a whimper.

“The way they act and respond to what the offense is giving us is one of our best traits that we developed going to the second round. We’ve also become more unselfish and smarter, and we read the offenses and defenses better,” added the two-time UAAP champion coach.

Perimeter shooting won the day for the Lady Eagles, as they came up with 31 points against the Lady Warriors’ 14.

On the other hand, Princess Pedregosa’s highlight reel of 18 points and 21 rebounds went for naught, while Anne Pedregosa flirted with a double-double of her own with 13 points, nine rebounds, and six assists.

Both schools’ next games will be held at the Ynares Center in Antipolo City on November 4. UE (2-8) face the Far Eastern University Lady Tamaraws at 8:00 AM, while Ateneo (4-6) look to upset defending champions National University Lady Bulldogs afterwards at 10:00 AM.