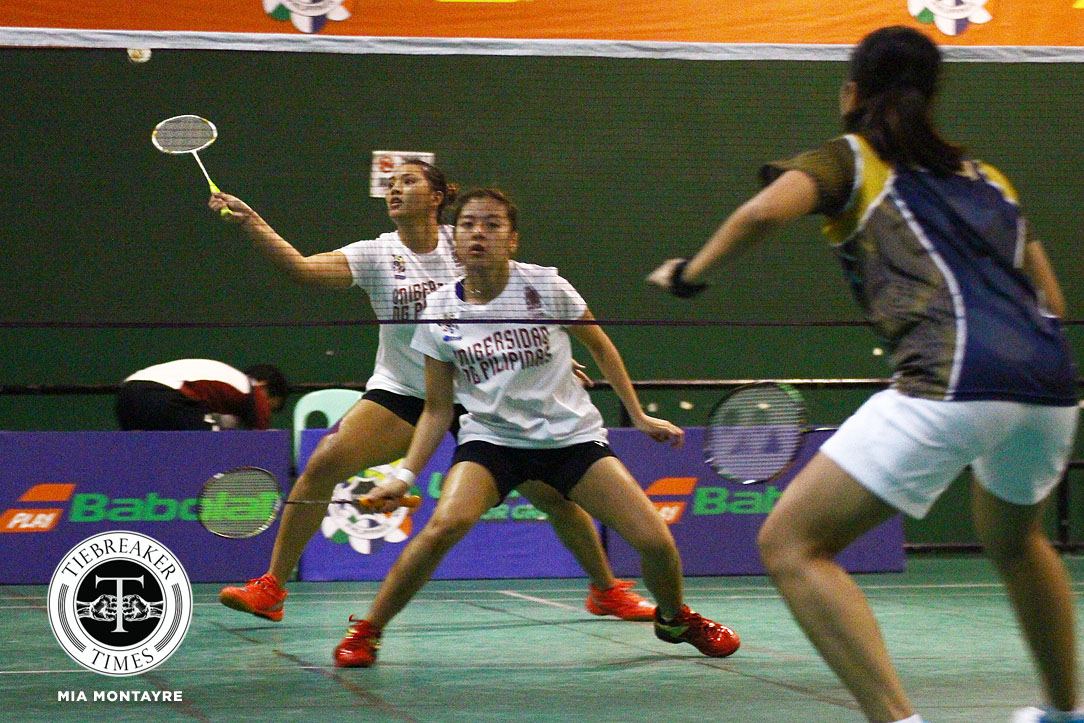 The aim is to get that fourth straight title, and the reigning UAAP women’s badminton champions University of the Philippines are inching closer and closer to accomplishing that feat.

The Lady Maroons cruised past what might be their last big hurdle to reaching their fourth straight Finals, after dispatching the National University Lady Bulldogs, 4-1, Sunday afternoon at the Rizal Memorial Badminton Hall.

The day started with a statement bounce-back win from the reigning Most Valuable Player Poca Alcala. The second-year player blitzed Mitzi Joy Pantoja, clobbering the latter at 21-9, 21-7.

Thea Pomar then took one back for National U, despite being made to work by UP team captain Marina Caculitan in the second singles match. The latter–  who had impressed in her UAAP singles debut just the previous day — leveled the match at 21-18 in the second set after the former Far Eastern University standout opened the contest at 21-16. Eventually, Pomar pocketed the equalizer at 21-13 in the deciding game.

From there, the defending champions took over the court.

Ann Marañon and Lea Inlayo reclaimed the lead with a thorough conquest of Jhayvin Dizon and Kezziah Cuilao at 21-12, 21-15. Both sets started slow for the UP duo, but eventually better execution won over and they got the victory.

Warmed up, Pomar with her partner Capillo stunned Jessie Francisco and Alcala in the first game of the second doubles match, taking it at 21-16. Nonetheless, finding their groove and minimizing their errors, the two MVPs made it count for the queens of UAAP badminton. The Maroons swept the last two sets, 21-16, 21-13, to get the match and the fifth straight tie win.

Marañon then took advantaged of a slightly tired Capillo and stormed to the gates in the first set of the dead singles match at 21-17, before fending off the latter in the second at 21-17.

After the tie, Caculitan believes that the Maroons were getting the right mix of confidence and composure, and it showed in their rout of National U. “I think, for us, again, ‘yung confidence namin in the past few games was able to lead to our wins. And, I think mas experienced din naman and mas talented yung players namin. Talagang tiyaga lang and tiwala sa sarili.”

However, they all know the importance of their final qualifying round tussle on Thursday. To get that fourth straight outright Finals berth, Caculitan shared that, “Kaya naman namin siguro yung Adamson, as long as we don’t lose sight of our goal. Yung tipong mag-o-overconfident. As long as we focus on our game and we play our best, [ok kami].”

The unscathed Fighting Maroons (5-0) will try to go for the elims sweep when they face a playoff-seeking Adamson University Lady Falcons (2-3) on Thursday, October 5, at 1pm. The Lady Bulldogs (3-2) will attempt to derail the De La Salle University Lady Archers (4-1) and force a tie at the second spot on the same day and time.