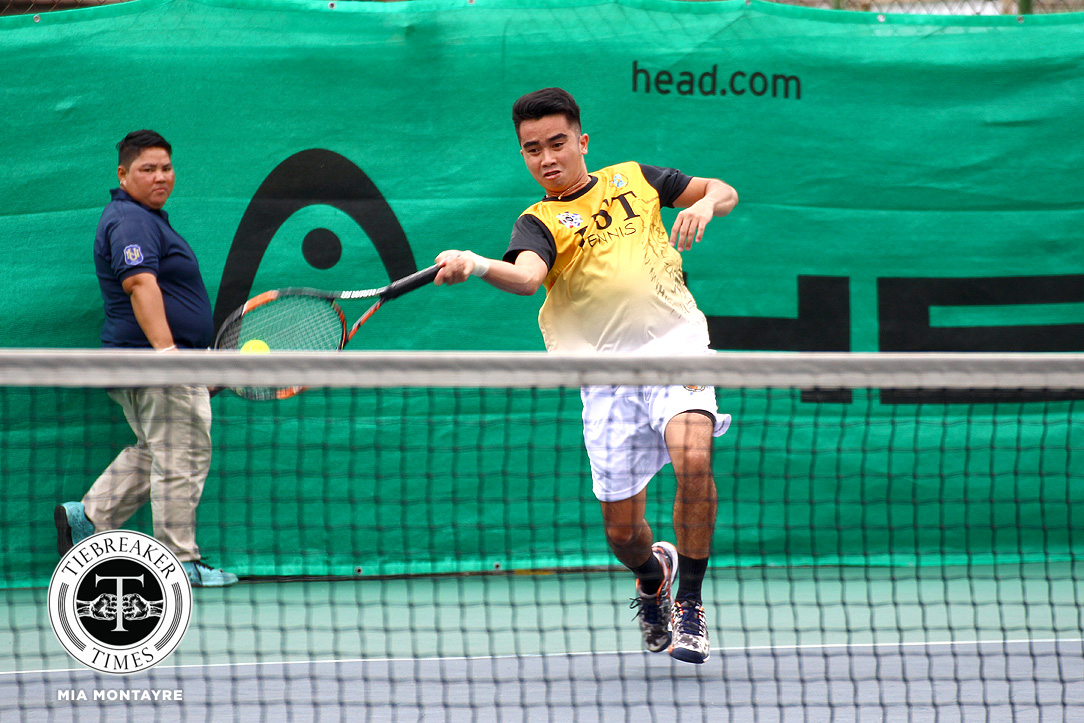 With redemption in mind, the two-time silver medalists from Diliman opened the tie with a dominant win in the first singles match. Team captain and member of the two aforementioned squads Joshua Cano carved out a double-bagel rout (6-0, 6-0) of Laurence Odbina.

On Court One, however, UP sophomore Joel Atienza could not sustain his good start, as Dave Mosqueda ultimately snagged the second singles match for UST. The third-year top singles player for the Thomasians came from behind to level the tie, 7-6(3), 6-3.

UST then proved their strength in the doubles play, as UAAP Season 78 Rookie of the Year Clarence Cabahug and Christian Cabahug teamed up to stop Elijah Arevalo and Mimo Tomacruz in two similar 6-4 sets. It was a nip-and-tuck affair before the Tigers clinched the sets with crucial breaks of serve.

Bernlou Bering and Warren Lagahit then survived the tough challenge of Auden Pagduganan and Vincent Alanis to secure the first victory for the España-based side. After winning the first set at 6-3, the Thomasians had to crawl back in the second frame to turn a 1-3 deficit to a 4-5 one, before eventually surrendering the set at 6-4.

In the third set, the UST pair squandered a 4-1 lead and three match points to the Maroons, before finally taking the match and the tie at 7-5.

UP co-captain Mikko Ringia prevented a rout as he outlasted Nico Lanzado, 6-7, 6-3, 5-3, as the latter retired in the third set due to suspected sprain.