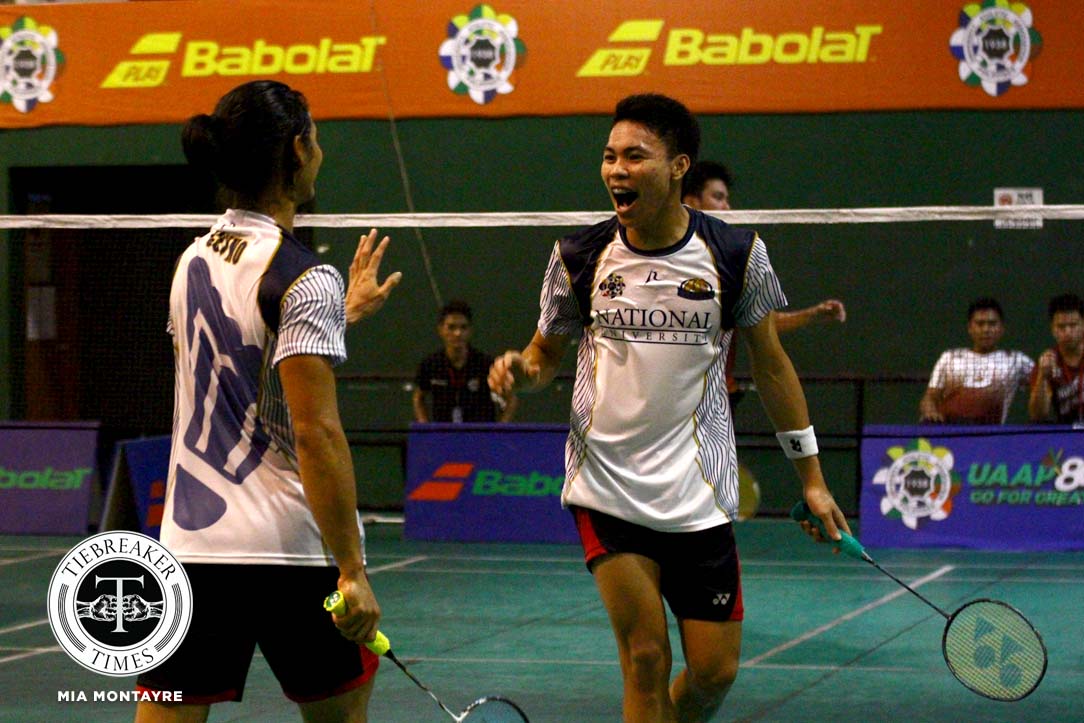 With just five players left in the lineup, the defending UAAP men’s badminton champions National University Bulldogs need everyone to step up to remain as kings.

In probably their biggest challenge to the campaign, the Bulldogs shook of the University of the Philippines Fighting Maroons, 4-1, to open their title defense on winning note, Saturday afternoon at the Rizal Memorial Badminton Hall.

It was, once again, second-year player JM Bernardo who drew first blood in the tie as UP took the 1-0 lead. The third-year Sports Science continued his unbeaten singles streak after fending off Mike Minuluan in the opening set at 24-22. In the following game, however, the Maroon wasted no chance to easily finish the set with swift plays catching the opponent off guard at 21-14.

From there, the reigning champs made their move.

UAAP Season 78 Rookie of the Year Keeyan Gabuelo likewise protected his immaculate record in the league after making short work of UP captain CK Clemente. The fifth-year Maroon had his counterpart’s number in the early goings of the match, before Gabuelo got his bearings to take the match at 21-15, 21-12.

The Fighting Maroons showed that they are the Bulldogs’ top challengers this season; only the latter summoned the heart of a champion in the doubles matches to seal the win.

In both two-player pairings, National U clinched the first game before UP equalized in the second game. The Bulldogs then slowly claimed the victories with better execution in the respective deciding frames.

Minuluan and Christian Cuyno then finished off former Bulldog Paul Gonzales and Clemente in the other doubles match, also in three, 21-18, 15-21, 21-15.

The three straight wins clinched the tie and preserved the current 28-tie winning streak of the current three-time champions.

The Bulldogs (1-0) will try to extend their run when they take on the University of Santo Tomas Growling Tigers (1-1) on Sunday, September 24 at 8am. On the other hand, the Maroons (1-1) will look to retutrn to winning ways as they face that same squad on Friday, September 29 at 8am.