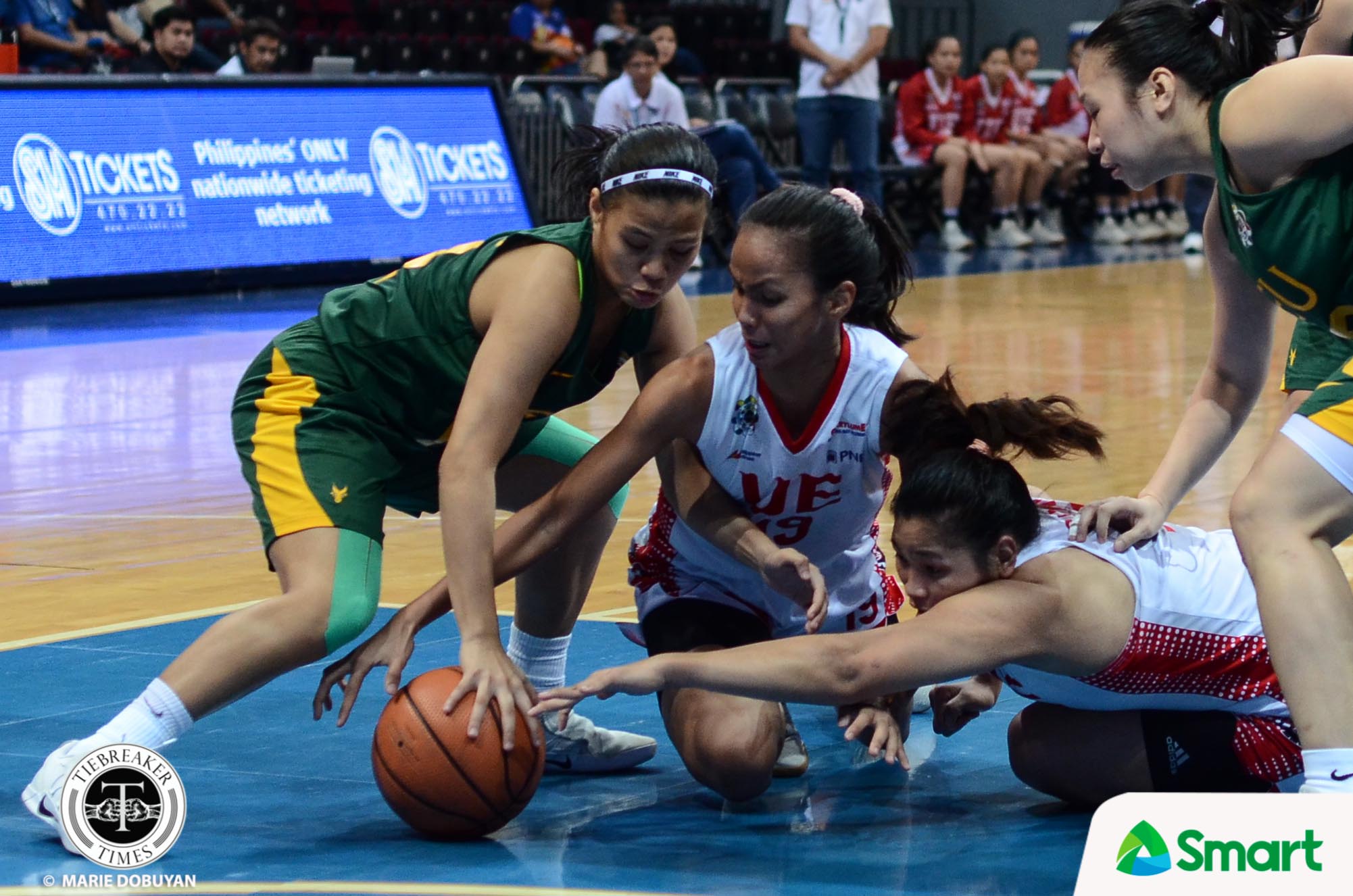 University of the East showed more composure this time around compared to its overtime loss to National University in the first round when it survived a determined Far Eastern University for a thrilling 63-61 extra time victory.

Love Sto. Domingo had another mammoth game with 26 points and 23 rebounds while Eunique Chan also had a double-double with 11 points and 10 rebounds. Ruthlaine Tacula also had 13 points today at the SM Mall of Asia Arena in Pasay City.

The result allowed UE to tie University of Santo Tomas at 2nd place in the UAAP Season 80 Women’s Basketball Tournament standings with a 9-2 record.

FEU had a 37-43 edge thanks to a Precious Arellado basket early in the fourth quarter, only for it to be trimmed down by Sto. Domingo who scored to make it 44-45 with 2:37 remaining in the period.

It then became a seesaw game for both schools and the Lady Tamaraws thought they sealed it when Princess Jumuad sunk one charity which gave FEU a 48-50 lead with only 7.3 seconds left in regulation.

Fortunately for UE, FEU failed to setup its defense properly and an unmarked Alyssa Gayacao forced overtime with only two seconds left on the clock via an underneath stab.

With the scores level at 50-50, the Lady Warriors raced to a 58-54 separation from the Lady Tamaraws after Joyce Francisco converted her jumper. FEU retaliated immediately courtesy of Arellado’s three to cut the deficit to 58-57.

Chan then posted up to hand UE a 60-57 lead with 1:55 to go. FEU kept the game close afterwards with free throws from Arellado and Valerie Mamaril, but UE successfully defended its one-point barrier.

In the end, a charity from Sto. Domingo with five seconds left handed UE a priceless 63-61 squeaker away from FEU.

It was a tight contest all throughout the 45 minutes as UE downed FEU for 46 inside points compared to the latter’s 22. In contrast, the Lady Tamaraws shot better from the perimeter with 26 baskets versus the Lady Warriors’ nine.

FEU forced 26 UE turnovers from which yielded 13 points. Mamaril, Arellado and Jumuad led the Lady Tamaraws with 16, 15 and 11 points respectively. Angelica Gerner got 11 rebounds for FEU.

The two schools shall next play on November 5 at the Smart Araneta Coliseum. UE (9-2) aims to get win number 10 against an ailing De La Salle University while FEU (5-6) targets a bounce back win against UST.