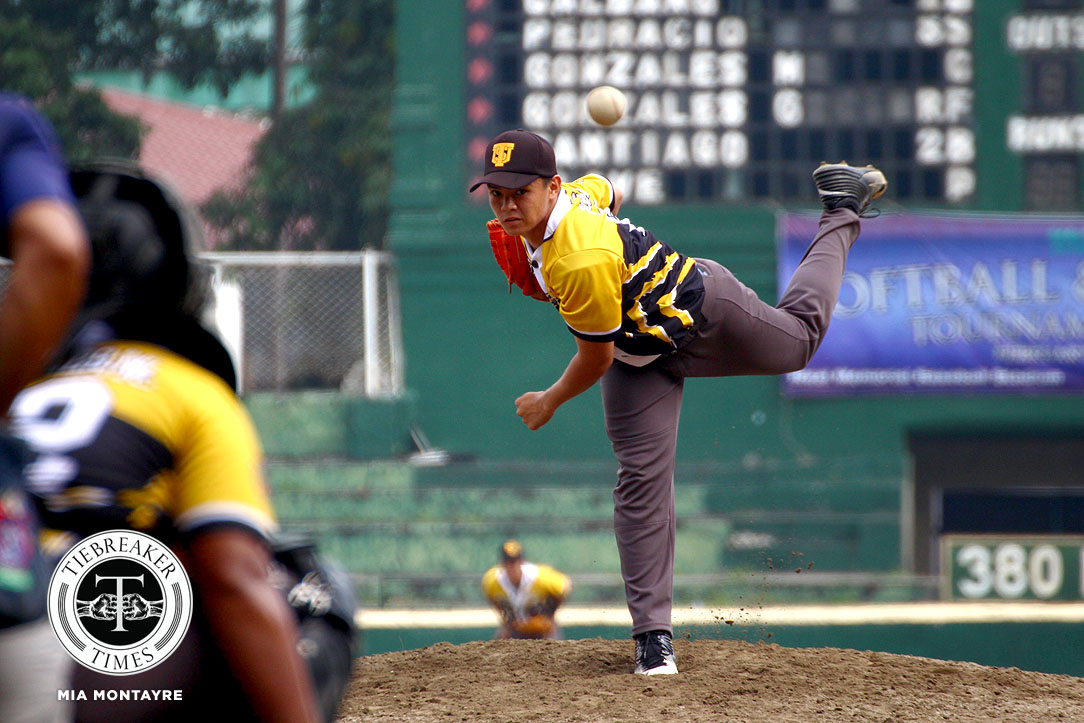 In a heated affair, the University of Santo Tomas Golden Sox were able to keep their composure, fending off the strong start of the University of the Philippines Fighting Maroons, 9-5, Sunday morning at the Rizal Memorial Baseball Stadium.

Coming off a 6-13 loss to the De La Salle University Green Batters last Wednesday, the Golden Sox picked up a much-needed win in the six-team league. Last season’s runners-up are now 2-1 in the standings. UP, on the other hand, dropped to 0-3.

Ian Llave started off the contest for UST, but gave up five runs and four hits during four innings he pitched. Fortunately for the Golden Sox, they were able to sustain their groove from last Wednesday, picking up five runs during that span as well.

However, there were two turning points that made the tide turn.

During the fourth inning, UP’s lead-off batter Gabby Yang was about to be picked off by the UST defense with two outs. As he was about to be picked off by Marlon Gonzales, a scuffle almost ensued. An extra motion by both players came prior to this. After a brief review by the game officials, Yang was thrown out of the contest and will be slapped with a one-game suspension, while UST head coach Jeffrey Santiago was assessed with a warning.

With Yang out, the UP offense suffered. Moreover, closer Jackson Acuna held UP to just two hits the rest of the way while striking out six batters.

UST were able to pick up the go-ahead in the fifth inning. UP’s third pitcher Juan Cuenco was ice cold, giving up three walks and an Ian Llave single that led to a Ron dela Cruz run.

The Golden Sox were able to punch in three more runs in the next inning to increase their cushion.

UST skipper Gonzales went 3-of-3 at-bat, tallying an RBI and a run.

Roque Banzon had three RBIs in the contest, highlighted by a two-RBI double during the second inning.

UST look to make it three in a row when they face the Adamson University Soaring Falcons on Wednesday, February 14. UP, on the other hand, hope to snap their skid when they take on the National University Bulldogs on the same day.

National U slams hapless UE for bounce back win