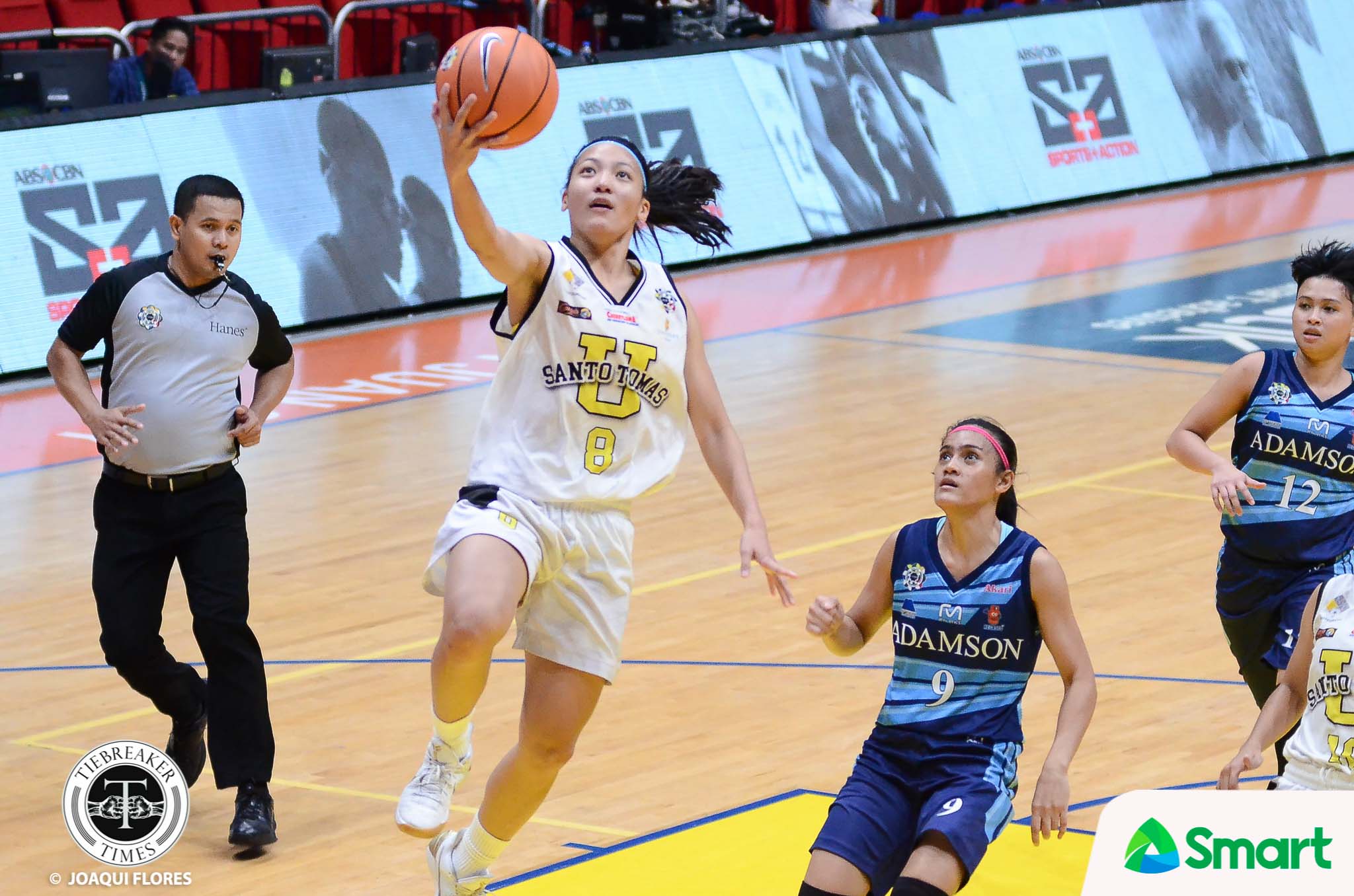 The University of Santo Tomas Golden Tigresses picked up where it last let off in the UAAP Season 80 Women’s Basketball Tournament with an 88-65 pounding of the Adamson University Lady Falcons, Sunday morning at the Filoil Flying V Center in San Juan City.

Jhenn Angeles and Lon Rivera also chipped in 15 and 12 markers respectively for the Growling Tigresses.

“We started sa second half namin. That gave us the momentum nung fourth quarter and the girls never gave up. Adamson was very close to us. It was a good game,” commented UST coach Haydee Ong.

Down 49-56 after an Angeles drive to end the third quarter, a three-point play by Adamson’s Jamie Alcoy trimmed the deficit to just 61-62 with 6:00 remaining in the final period.

From that point on, UST unleashed 11 unanswered points capped off by Larosa’s three to extend its lead to 73-61. Larosa then converted two more missiles from downtown minutes later as the Growling Tigresses edge ballooned to 81-63 near the last two minutes of the contest.

Larosa shot all her points in that frame and Ong was full of praise for her gunner. “Larosa got early foul trouble so I had to sit her down. Sabi ko lang just relax when you go in and just player your game and she played her game,” shared the sophomore coach.

UST then achieved its biggest lead of the ballgame at 88-63 courtesy of Tin Capilit’s three with only 35.1 seconds left in the game as the Growling Tigresses ultimately prevailed 88-65 over the Lady Falcons.

Ong’s wards shot 34 perimeter points compared to Adamson’s 18. A big chunk of these came from the three-point line as the Growling Tigresses converted on 40 percent compared the Lady Falcons’ 18 percent.

Nathalia Prado picked up another double-double with 13 points and 11 rebounds. Jamie Alcoy added 15 markers but needed 19 attempts to do so.

Both schools’ next games shall be on October 18 at the SM Mall of Asia Arena in Pasay City.

UST (7-1) will try to get its seventh win of the season against De La Salle University at the 8:00 AM tipoff while Adamson (3-5) hopes to bounce back versus the University of the Philippines afterwards at 10:00 AM.