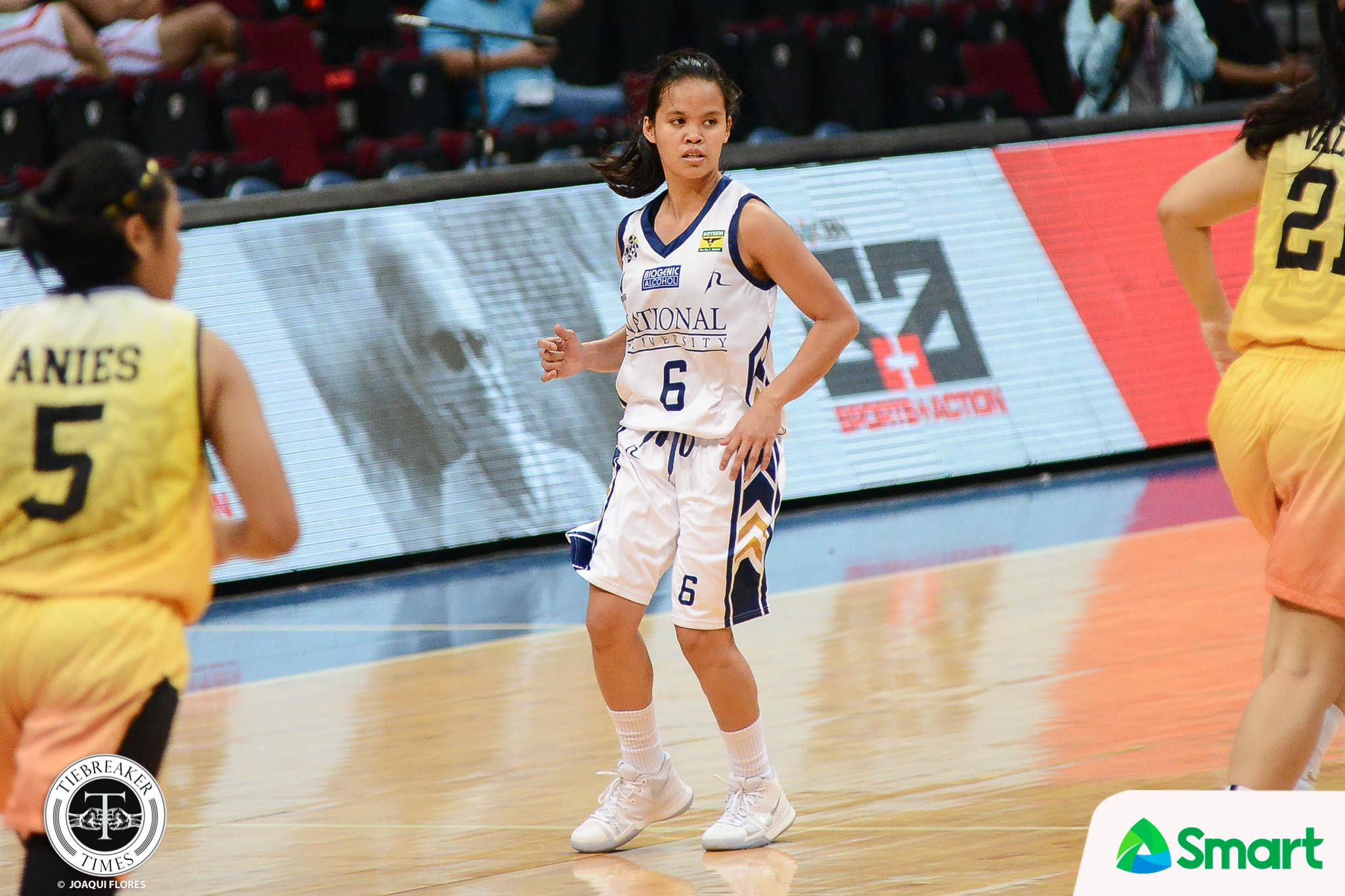 Ultimately, it was another routine win for the National University Lady Bulldogs in the UAAP Season 80 Women’s Basketball Tournament.

The defending champions routed the Adamson University Lady Falcons, 109-59, today at the Smart Araneta Coliseum for their ninth win this season. The result also extended the Lady Bulldogs’ unbeaten streak to 58 wins.

NU coach Patrick Aquino shared, “It was a great win. Again everybody contributed. I gave time to the bench players and everybody stepped up. It’s good going (two games) into the second round that you know na lahat pwede mag-contribute sa game.”

Trixie Antiquera sunk 6 out of 11 threes from rainbow country to lead the Lady Bulldogs with 20 points, followed by Ria Nabalanm who contributed 14 baskets.

Every Lady Bulldog fielded in was able to score.

The contest was essentially over as early as the dying seconds of the second quarter, when Antiquera downed a three to hand NU a 55-23 halftime advantage over an Adamson team that only produced seven points in the second quarter.

Aquino’s wards coasted along the way and achieved their biggest lead of the ballgame at the 2:13 mark of the final quarter, when Samantha Harada converted a three-point play to erect an 103-49 cushion for the Lady Bulldogs.

Once the buzzer sounded, NU had demolished Adamson for a 109-59 rout in a demonstration of force by the Jhocson school. It was also the first time this season that NU crossed the 100-point mark.

NU shot 50 percent from the field compared to Adamson’s measly 32 percent. The Lady Bulldogs’ defense was the bedrock for their offense, as they scored 28 points from turnovers in contrast to Adamson’s 12.

“I always emphasize that if you play good defense you have more playing time. That’s why some of the girls earlier like Flor Ceño, Cacho, all those girls they played well defensively and they had more playing time,” explained Aquino.

NU also had 65 rebounds that yielded 27 offensive boards, while Adamson were only able to get 34 rebounds, of which 12 came from the opposing end.

The two schools’ next games will be played on October 25. NU (9-0) will look to keep their spotless record intact against the De La Salle University Lady Archers at 8:00 AM in the SM Mall of Asia Arena. On the other hand, Adamson (4-6) will hope to bounce back versus the Far Eastern University Lady Tamaraws at 9:00 AM in Ateneo de Manila University’s Blue Eagle Gym.