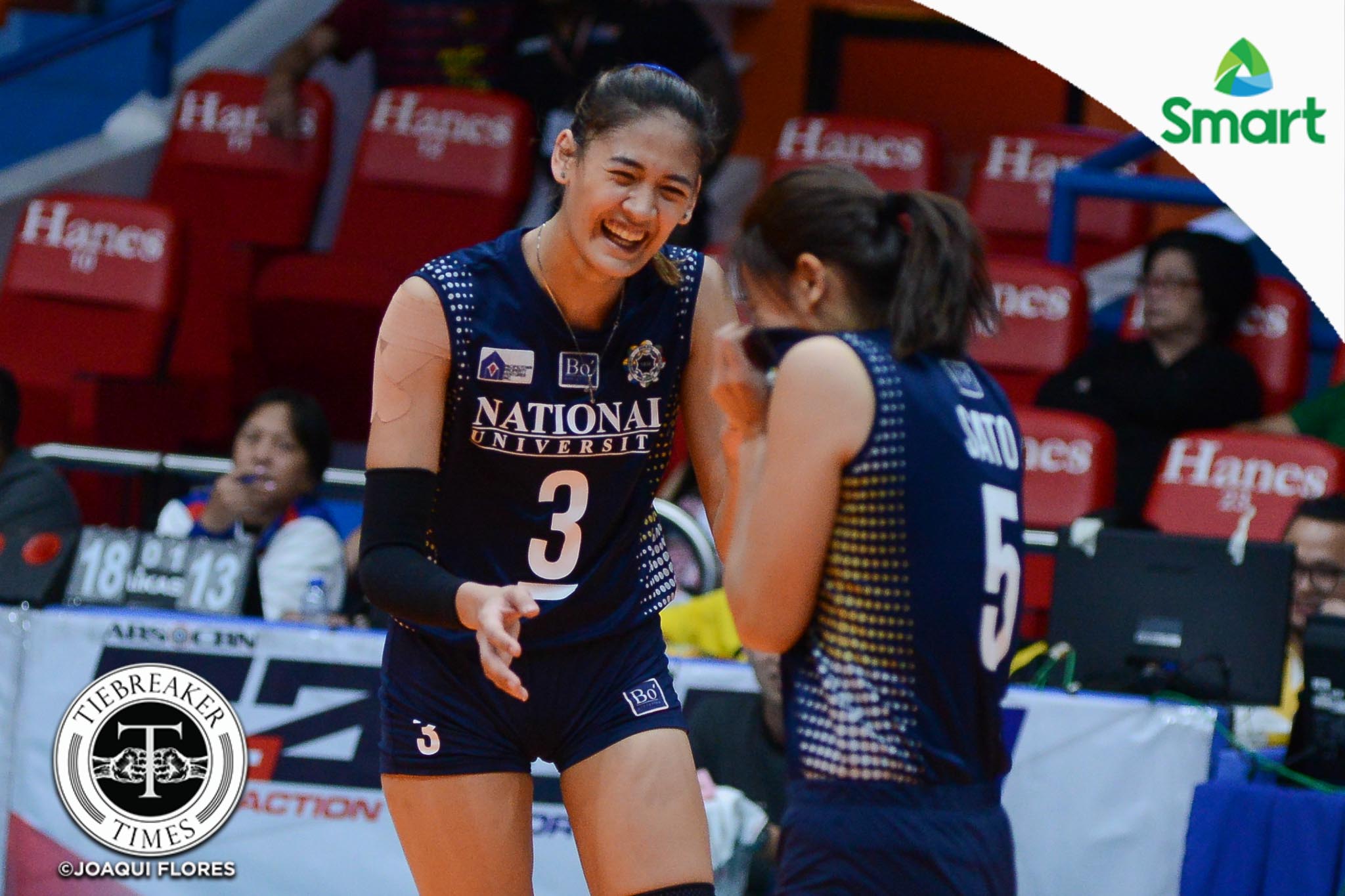 Despite the erratic performances from their liberos and backline, the National University Lady Bulldogs still had enough firepower to outlast the University of the East Lady Warriors, 25-15, 25-21, 22-25, 25-21, to remain in the hunt for a Final Four spot, Sunday afternoon at the FilOil Flying V Centre.

The Lady Bulldogs started slow but powered through the late stretches of the first set to take a 1-0 lead. NU’s miscues took their toll in the second set, with the Lady Warriors grabbing a 16-8 lead. However, NU mustered a late comeback, slowly plucking away at UE’s lead to take a 23-20 lead and the set.

NU seemed to have a straight-sets win in hand, leading the third set 8-3. But aces then began to pour in for the Lady Warriors, with Shaya Adorador, Roselle Baliton, and Glayssa Bendong each providing two. With UE ahead 23-17, the Lady Bulldogs tried a last ditch run, taking the next four points despite not fielding a libero. But the Lady Warriors had a finishing push in the wait, with Baliton and Judith Abil taking the last two points.

Although the Lady Bulldogs out-blocked UE, the second best blocking team in the league, 12-1, the Lady Warriors equalized with a 13-6 service ace tally. NU also surrendered 37 errors but made up for it with 52 attack points to UE’s 31.

#ReadMore  Petron-PSL All-Stars off to Bangkok

National Team stalwart Santiago poured in a game-high 23 on 20-for-26 attacking points, while Jorelle Singh added 17.

UE remains at seventh with a 1-9 slate. They face the De La Salle University Lady Spikers (7-2) on Saturday at the FilOil Flying V Centre.