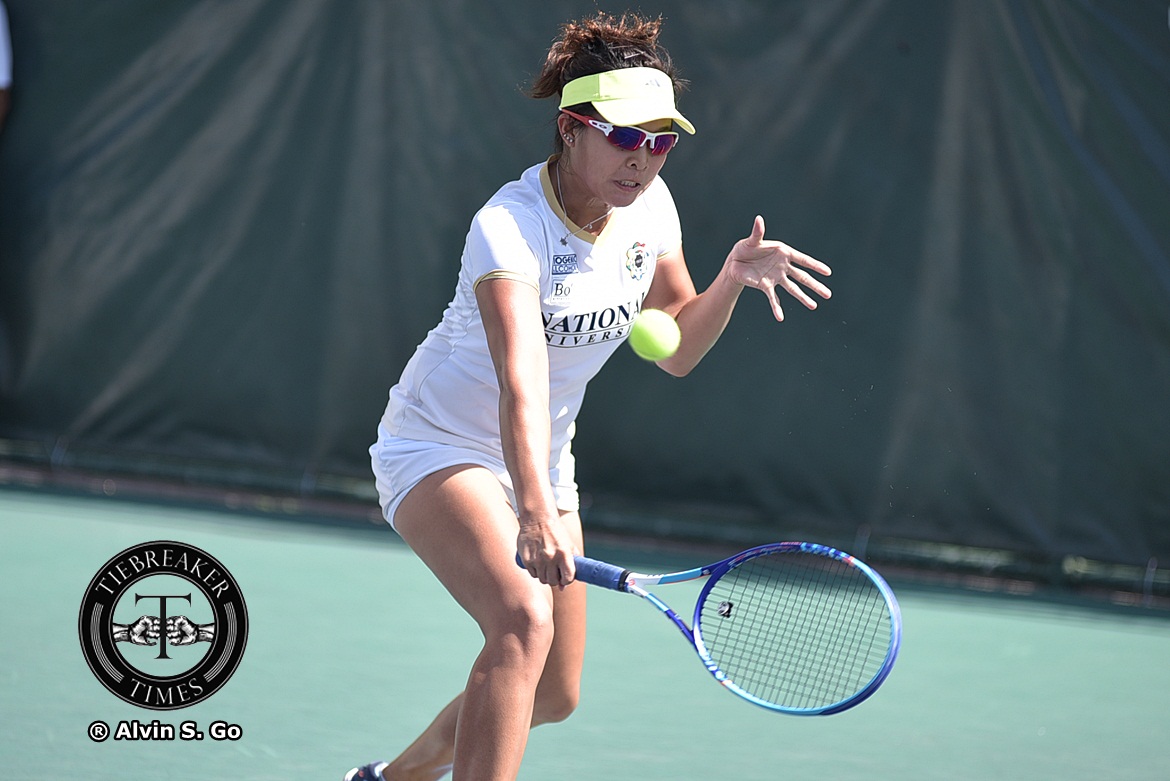 The National University Lady Bulldogs know all too well that the targets on their backs are just getting bigger.

Jzash Canja opened up the flood gates with a dominant 6-0, 6-1 drubbing of Annika Mallari in the first singles match. Philippine Fed Cup campaigner and reigning Most Valuable Player Clarice Patrimonio also carved a similar win in the second singles against Rocio Climent.

Ateneo, however, threatened to snatch a match from the reigning champs as Jessica Agra and Jana Hernandez won the second set over Goldie Nagret and Zaza Paulino, 6-4. NU took the first at 6-2.

The Lady Eagles even took the 5-4 lead in the third set, but the Lady Bulldogs summoned championship experience to close out the match at 7-5.

The rest of the pack did not disappoint Santamaria’s confidence in their capabilities.

Tin Patrimonio then shook of the challenge of Khrizelle Sampaton, 6-1, 6-4, in the third singles match to eventually complete the rout for NU.

#ReadMore  Ray on PBA BPC nomination: 'It brings my own chapter for the Parks legacy'

“Well, our team is a veteran-laden team,” Santamaria emphasized. “So there is not much to say. They know how to motivate themselves. They know their abilities. It is more of making the little adjustments, ‘pag di nila napapansin.”

Such adjustments will be put to the test when the face the 2-0 University of Santo Tomas Female Tennisters on Wednesday, February 22. On the other hand, the Lady Eagles (0-1) will take a break before facing the same team on the following Saturday, February 25.