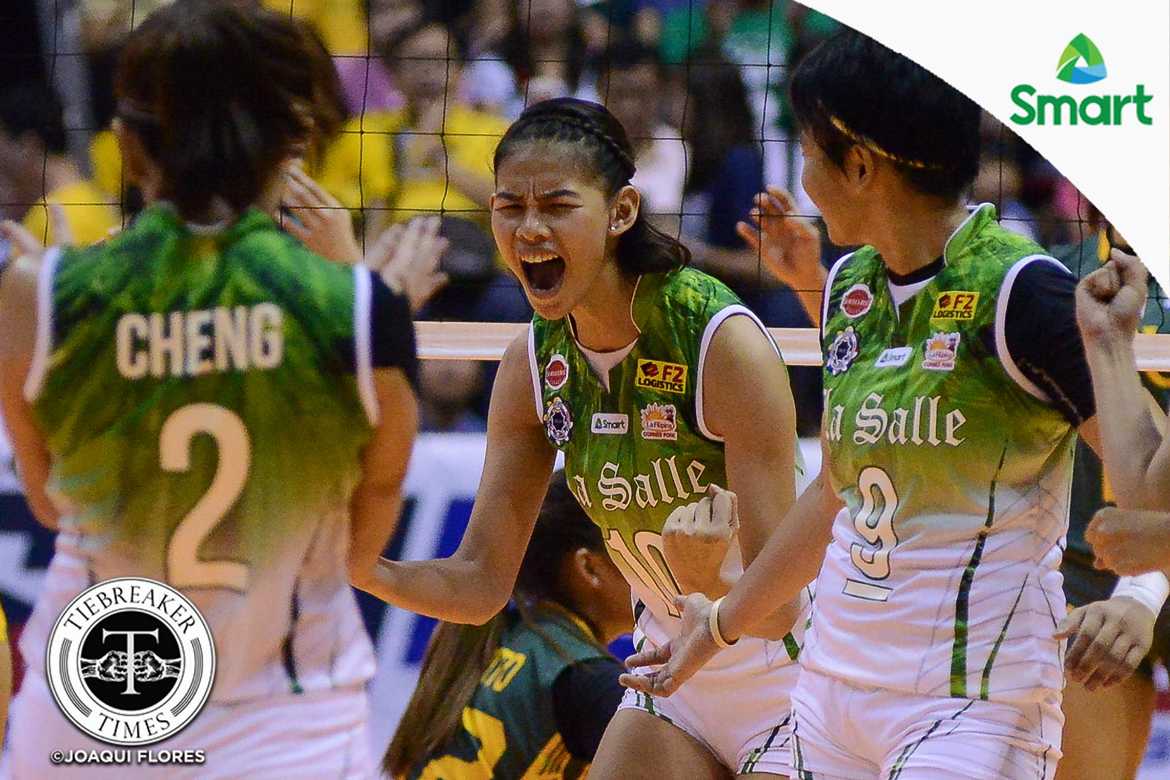 Even if the De La Salle University Lady Spikers paraded a new starting six, they still had the same championship composure.

The Taft-based lady spikers eked out a tight 29-27, 25-22, 25-23 win over their opponents in last season’s semifinals, Far Eastern University Lady Tamaraws, in their UAAP Season 79 debut at the Smart Araneta Coliseum.

La Salle dominated the early goings of the match, building a five-point lead in the first set, 16-11. The Lady Tamaraws, though got their legs beneath them and nibbled at the deficit until they forced a deuce thanks to hits from Toni Basas and La Salle’s errors. La Salle then responded, finally getting the separation after a Majoy Baron hit-then-ace sequence. La Salle avoided another near-collapse in the second set, stopping a late FEU rally to take a 2-0 lead.

The third set again came down to the wire with neither team leading by more than two. Down 22-24, FEU received a late boost from a La Salle error. Instead of forcing a deuce, FEU made their own fumble as Toni Basas passed a free ball straight to the net.

Bernadette Pons led the Lady Tams with 12 points off 11-for-36 attacking but she was the only one in double figures.

FEU (0-1) tries to recover against the Adamson Lady Falcons (0-1) on Wednesday also at the FilOil Flying V Centre.