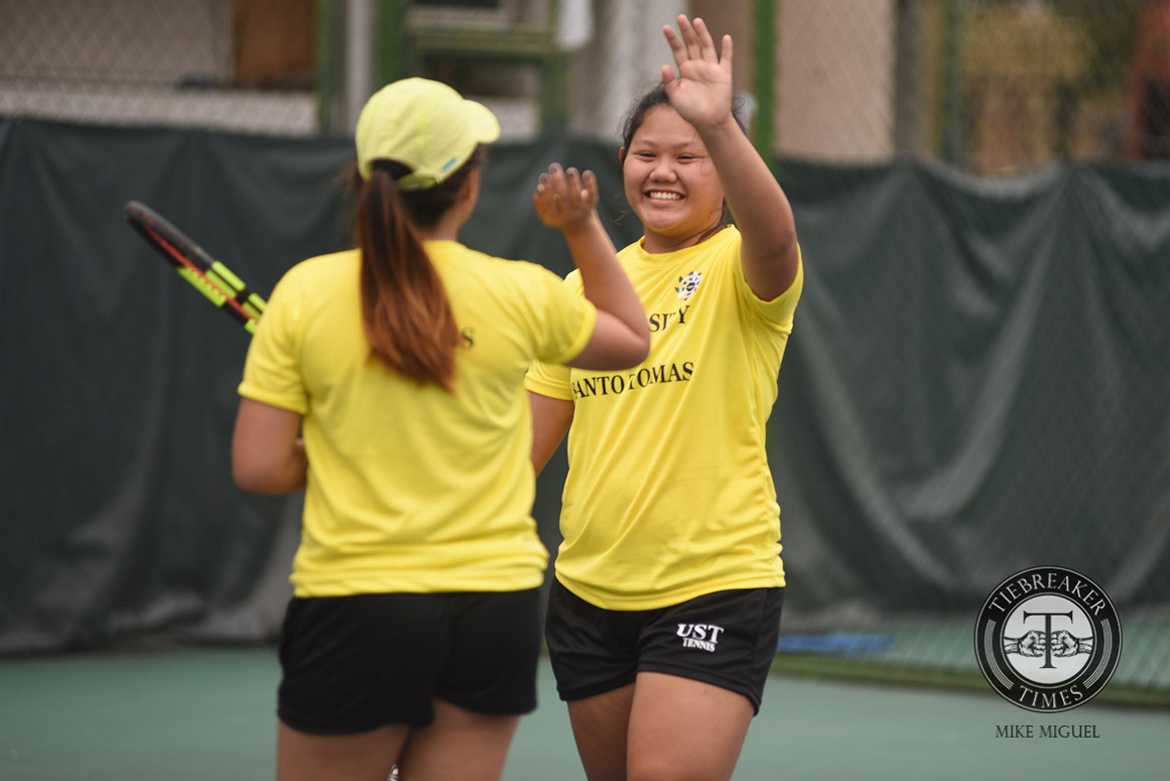 Last season’s finalists, University of Santo Tomas Female Tennisters, started the UAAP Season 79 Women’s Tennis Tournament with a bang after quashing the University of the Philippines Lady Maroons, 5-0, even as all other ties were halted by rain, Saturday at the Rizal Memorial Tennis Center.

The tie started late, as rains early in the morning left the courts slightly wet and needing to be completely dried.

Nonetheless, when play commenced, the season hosts unleashed an outpouring of their own.

Second-year player Precian Rivera took the initiative for the Tigresses as she blanked UP skipper Nicole Eugenio in the first set, 6-0, in the first singles match. This happened even as Ingrid Gonzales and Alexi Santos needed to shake off Dana Uy and Monica Cortez to win theirs at 6-3 in the first doubles pairing.

Eugenio recovered in the second frame and leveled the match at a set apiece at 6-4. However, Rivera made full use of good placement shots to get the match at 6-3 in the third.

Erika Manduriao then took care of Maroons rookie Danielle Carranza in the second singles match, 6-1, 6-1, to secure the first tie win for the Tomasinas.

Shymae Gitalan and Genevieve Caorte subdued Monica Bañez and CJ Valdez, 6-3, 6-1 in the second doubles. On the other hand, senior Kendies Malinis turned back Monivic Santos to complete the sweep.

The Female Tennisters (1-0) will battle the De La Salle University Lady Archers (0-0) Sunday at 12pm, while the Lady Maroons (0-1) will regroup before taking on the same team on Wednesday, February 22 at 8am.

NOTE: The UP-UST women’s tie was the only completed tie Saturday, as continuous monsoon rains forced the postponement of the other pairings and the third singles match between the University of the East Red Warriors and the Ateneo de Manila University Blue Eagles. UE already clinched the tie at 3-1.