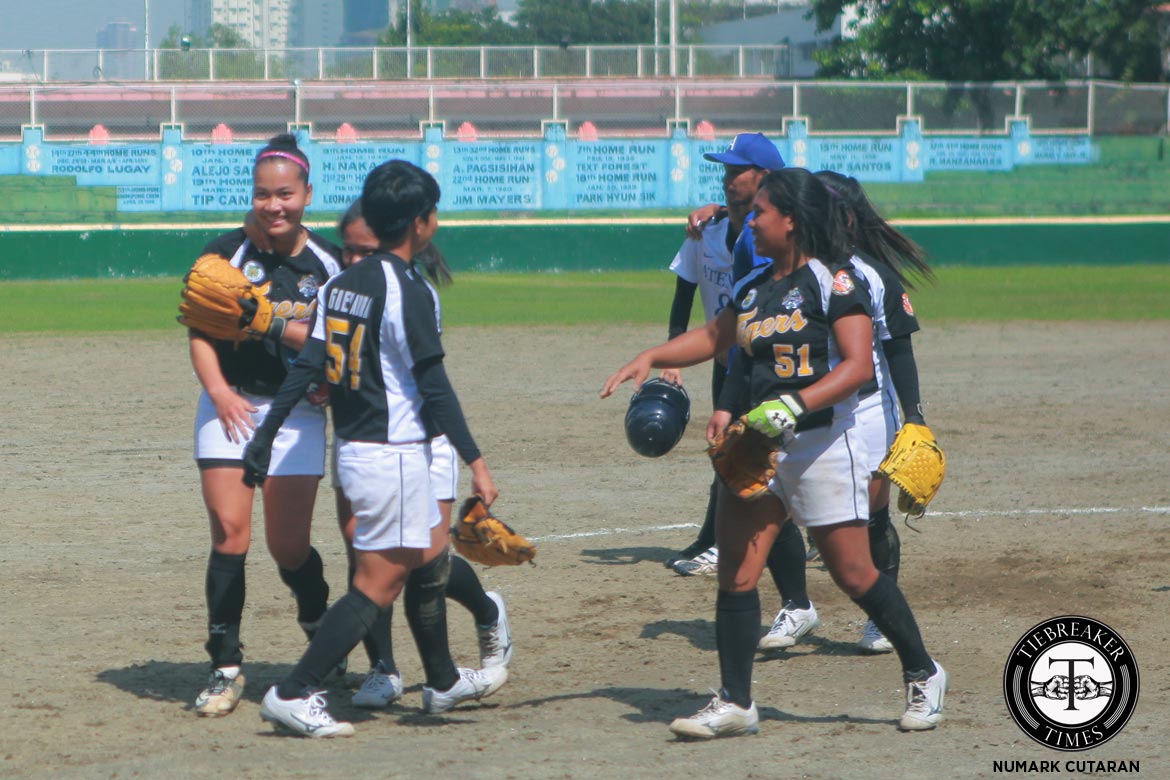 The streak-busters start its UAAP Season 79 campaign with an escape act.

The University of Santo Tomas Tiger Softbelles, a team that is looking to end a seven-year title drought this season, bucked a late comeback attempt by the Ateneo de Manila University Lady Eagles, 5-3, to open the UAAP Season 79 Softball Tournament, Saturday morning at the Rizal Memorial Baseball Stadium in Manila.

UST, a team that is considered as the favorites to win it all this season, only lost two players to graduation, namely Charm Oria and Kristine Lacupa, keeping its core intact. However, head coach Sandy Barredo is keeping expectations low, sharing that the team was not able to train properly during the off-season.

“We are fortunate that four of our players are part of the National Team so they are still training. Our two pitchers are training with them also. So, hindi sila nag-ooff. But still kulang sa endurance. Hindi kinaya yung seven innings.”

Ace pitcher Ann Antolihao (0-1) was dominant in the first six innings of the game, striking out 16 batters and allowing just a single hit.

On the other end, the Tiger Softbelles were able to cruise to an early 5-0 lead paced by Mary Luisse Garde. The first basewoman went 3-of-4 in the game — a single, a double, and a two-RBI triple to left field during the third inning.

But fatigue set in on the National Team pitcher as the Lady Eagle tried to hijack the game.

After scoring a run in the sixth inning, the Lady Eagles opened the bottom end of the final inning with a booming triple by Jill San Juan. The Tiger Softbelles struggled to close out as a catching error by Garde brought home San Juan while a triple by rookie Nicole dela Cruz paved the way for a Bea Parma run to cut the lead to just two runs.

Antolihao, who rested for the took a brief break during the inning, was brought back to the game. She was able to secure her 17th strikeout againt Yla Trinidad and followed with a flyout of Aira Nevalga to close out the game.

Mae Penales went 2-of-2 at-bat as well with two RBI’s.