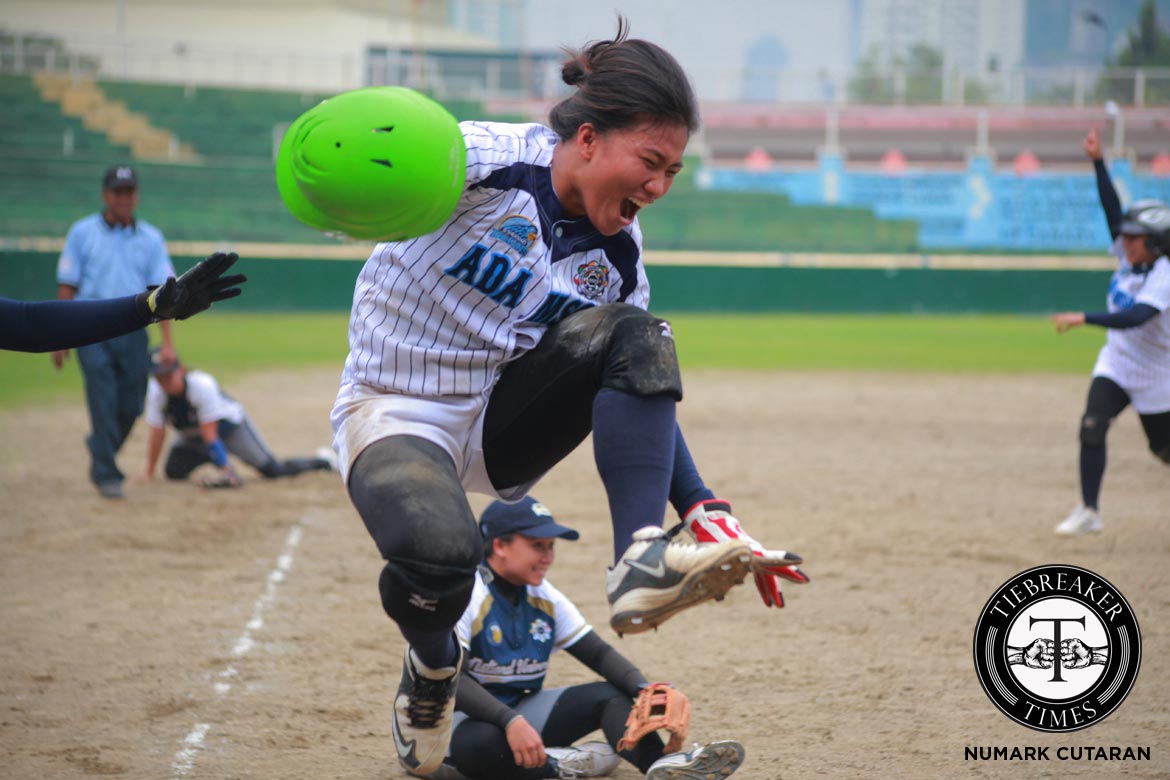 If this game was to be the gauge for what to expect, the Adamson University Lady Falcons’ bid for a seventh straight crown will be an exciting one.

The defending UAAP Softball Champions showed vulnerability but were still able to overcome, turning the inexperience of the National University Lady Bulldogs against them in a 6-5, eighth inning win, Monday afternoon at the Rizal Memorial Baseball Stadium in Manila.

However, the big-game experience of the Lady Falcons proved to be the difference when it mattered.

With the game knotted at 5-all in the eighth inning and two outs and a runner for the Lady Falcons, a ground-out of Riezel Calumbres turned into a major break for Adamson. With the Lady Bulldogs’ defense going down, Kristine Acuna had a choice to put out another runner. However, her indecision turned into an overthrow on third base that led to the game-winning run for Angelie Ursabia.

“Tutal, tabla, they took a risk and nag-pay off naman siya.”

Ursabia led Adamson’s comeback in the fifth inning that had seen them fall behind 2-5. Ursabia, who went 2-of-3 at-bat and had 2 RBIs, slammed a two-run homer to center field to cut the deficit. Second-year Lady Falcon Diana Balderama then knocked off a solo home run in the seventh inning to send the game into an extra inning.

Princess Jurado (1-0) was able to hold the Lady Bulldogs for the first three innings. However, fatigue and errors by Adamson’s fielding led to a five-run inning for National U, in a rally capped by a Ghene Nietes 2-RBI double and a Mia Macapagal single to bring Nietes home.

Reliever Riflayca Basa allowed just one hit the rest of the way. For NU, Macapagal (1-1) gave up five hits before being subbed out during the fifth inning.

Adamson had 10 hits in the game but a total of 13 runners were left on base. The game took 3 hours and 20 minutes to finish.