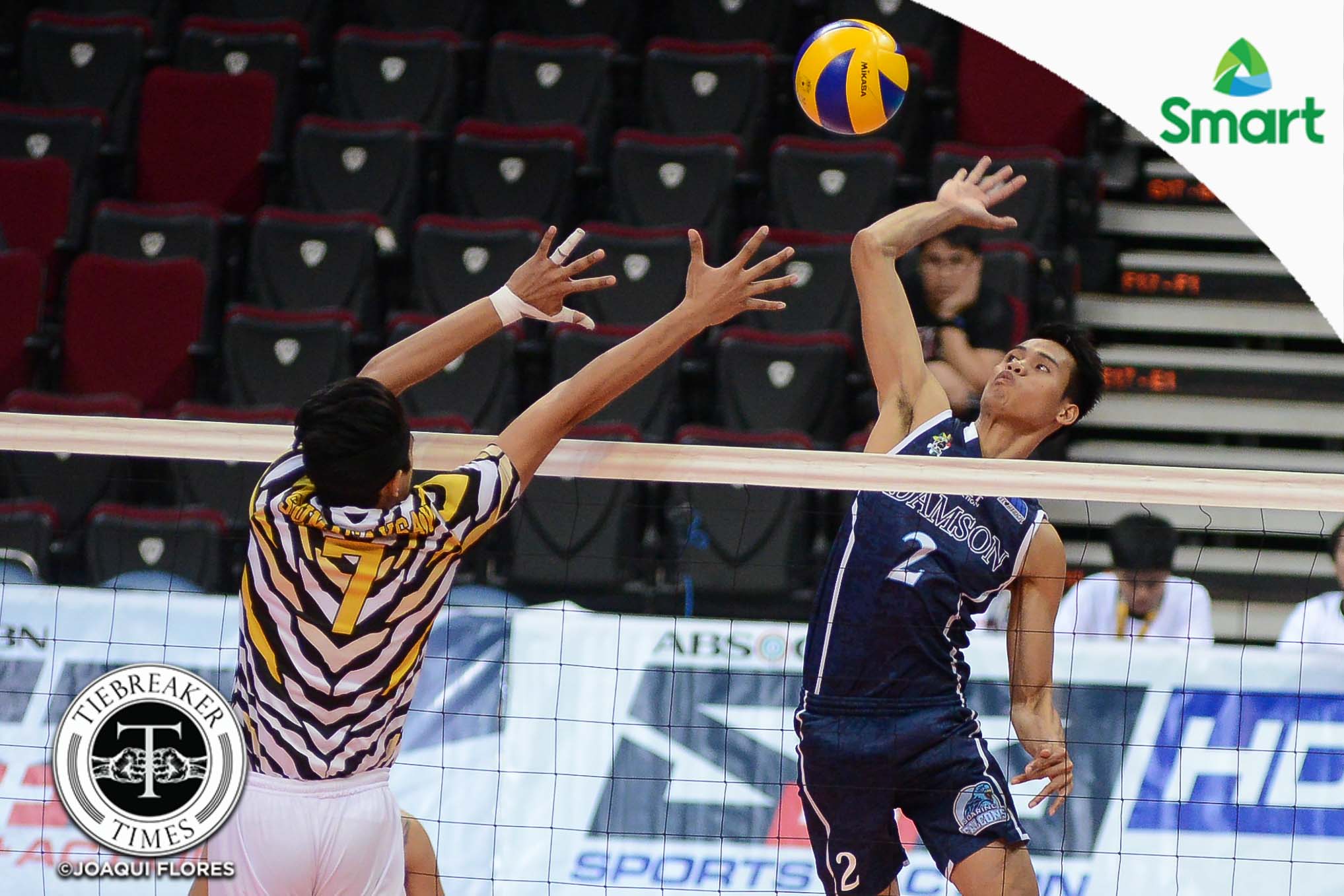 The Adamson University Soaring Falcons continued their spoiler run through the last stretch of the season, handing sending the University of Santo Tomas Tiger Spikers a straight set defeat, 25-23, 25-19, 25-17 at the SM Mall of Asia Arena.

The Adamson win complicates the Final Four picture as UST now faces a must-win situation when they face the FEU Tamaraws on Saturday at the SMART-Araneta Coliseum to keep their heads in the playoffs.

The Falcons, who gave been severely inconsistent throughout the season, cobbled together their best performance, getting their second straight-set win of the season. UST, on the other hand, was incredibly sloppy, giving up 35 errors that buoyed Adamson to the easy win.

The Falcons can continue their ruinous run on Wednesday at the FilOil Flying V Centre where they face the UP Fighting Maroons. An Adamson win eliminates UP and puts UST in the Final Four.