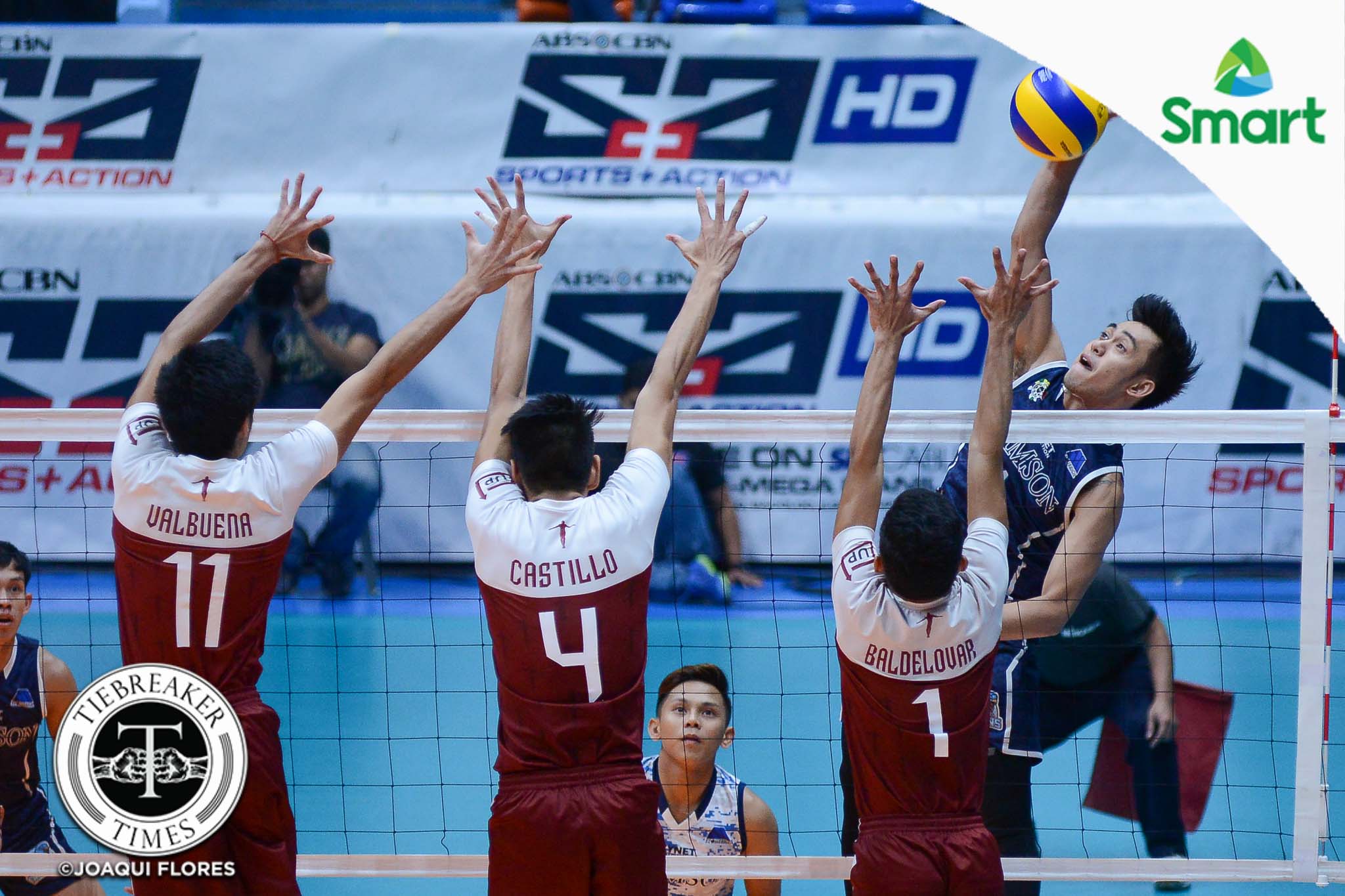 The Adamson University Soaring Falcons were out of the Final Four picture when they lost their ninth match two weeks ago. But that did not stop them from making Season 79 memorable for their graduating seniors.

The Soaring Falcons dealt the finishing blow to the University of the Philippines Maroons’ Final Four hopes in a four-set slobber-knocker, 21-25, 25-21, 25-17, 25-14, at the FilOil Flying V Centre.

UP still had a shot at making the post-season, but they needed to win against the Falcons. Early on, the Diliman-based spikers seemed on the verge after rallying late in the first set with a 4-0 run to take the early lead, 1-0.

But the Falcons had other ideas. Led by their graduating seniors, Adamson stormed ahead early in the second set, blasting the Maroons for a 10-6 lead. Hobbled team captain Mike Sudaria delivered key serves in the late game that took the wind out of a UP run.

With the match tied at a set apiece, UP’s season-long struggle with attack errors took its toll in the third frame, as a string of four straight attack errors boosted the Falcons to an insurmountable 19-10 lead. The fourth frame saw UP’s last collapse as Adamson breezed by after leading 22-10.

For Sudaria, this ending to his UAAP career was not the best, but it was a memory he would treasure, nonetheless.

Sudaria finished his UAAP career with a three-point outing. Season 75 Rookie of the Year Nico Ramirez tossed 26 excellent sets in his final outing. Open hitter Jerome Sarmiento led the Falcons’ offense with 18 points in his last match in an Adamson jersey.

Season 79 marked a rare year in which the Falcons failed to make the Final Four. They salvaged sixth place after winning their last three matches to finish with a 5-9 record.

UP open hitter Alfred Valbuena finished his UAAP career with a 12-point outing. Valbuena was a key cog in UP’s march to the Final Four in Season 78 and third-place expedition in the Season 79 Beach Volleyball tournament.

The Maroons ended the season in fifth with a 5-9 slate.