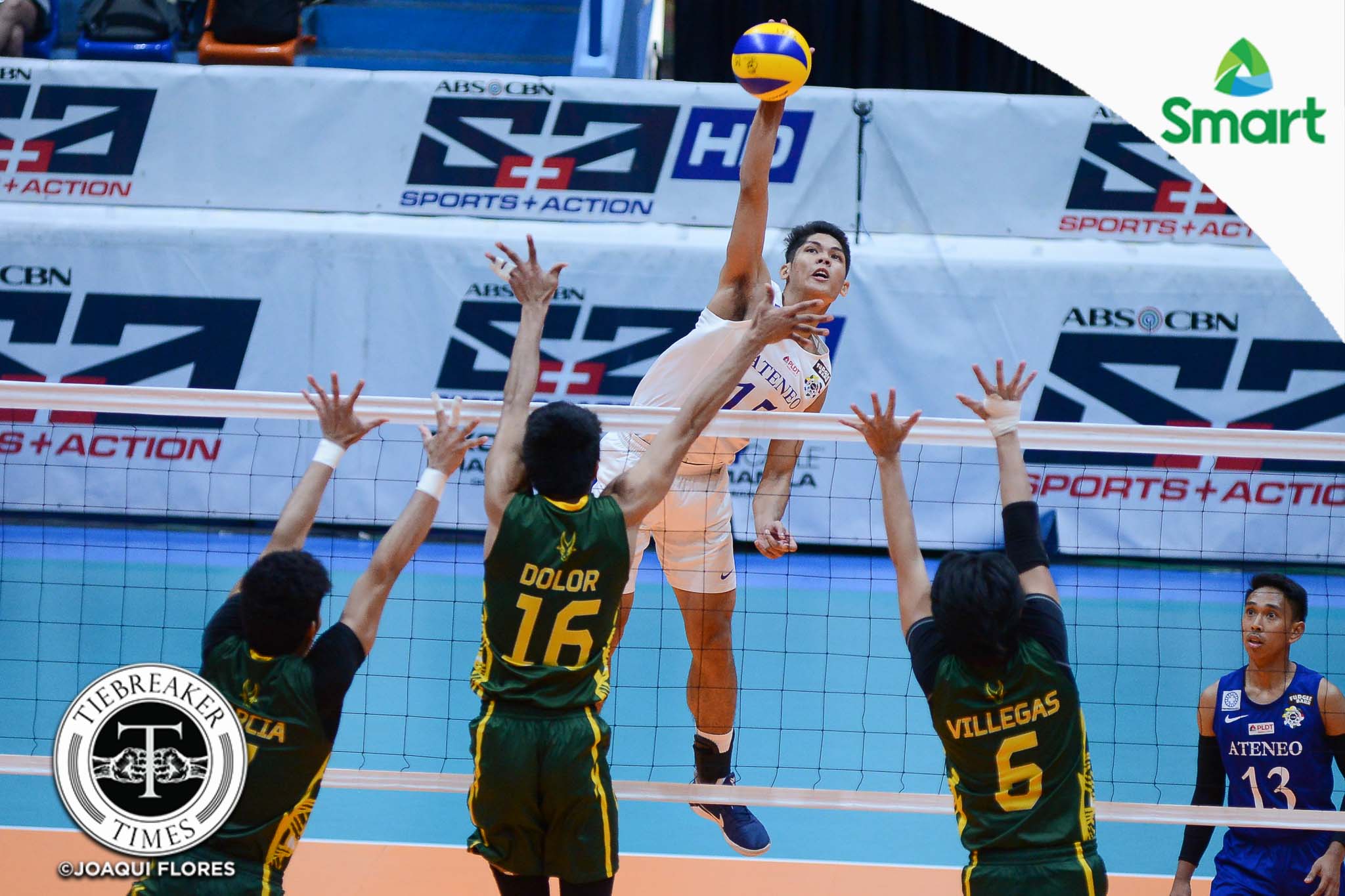 In their most dominant outing for the season, the league-leading Ateneo de Manila University Blue Eagles romped the Far Eastern University Tamaraws to remain unscathed, 25-16, 25-9, 25-18, at the FilOil Flying V Centre.

The Blue Eagles swiftly built big leads in each set to put the match out of doubt. Ateneo dominated every skill, tallying season-highs in blocks (10) and aces (9). While they limited their errors to a season-low 18, Ateneo also stifled FEU’s big guns, as no one scored in double figures.

At 8-0, the Blue Eagles look unstoppable as they head into Sunday against the University of the Philippines Maroon Spikers (4-4) at the Smart Araneta Coliseum.

FEU remains at third place with a 5-3 slate. They take on the De La Salle University Green Spikers (2-6) also on Sunday.