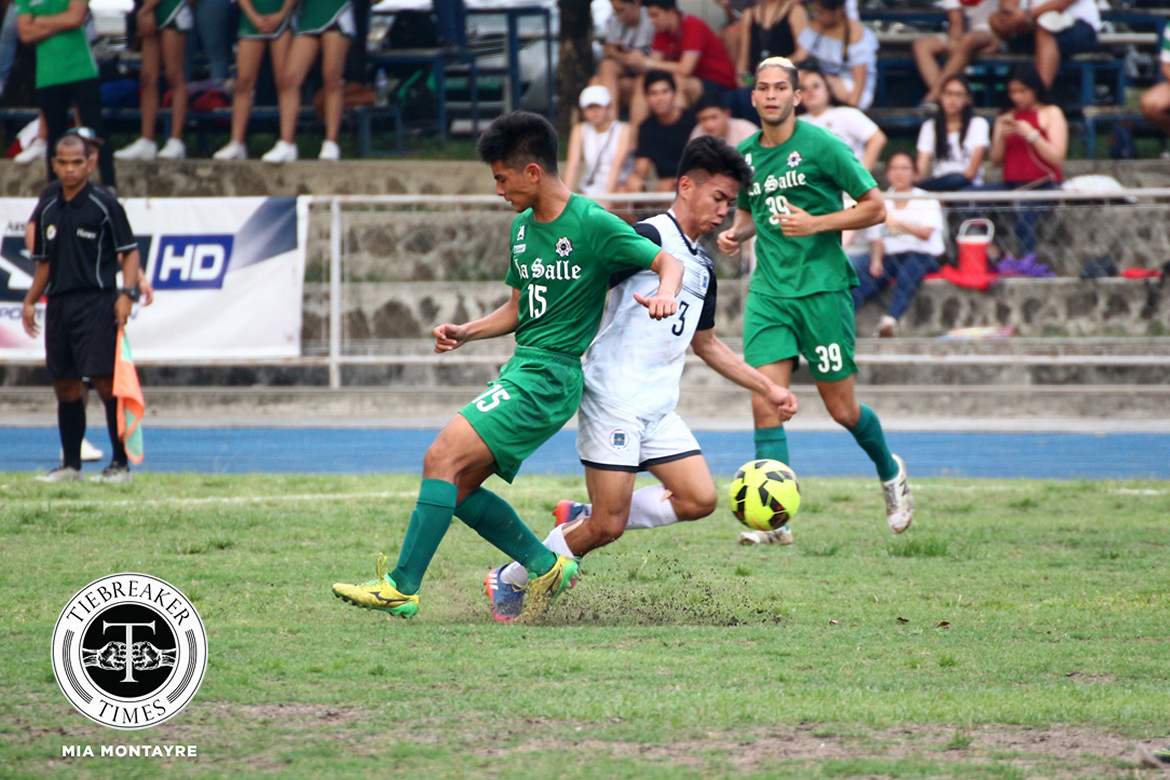 In a no-bearing game, the De La Salle University Green Archers were not able to end their season on a high note as they figured in a goalless draw with the Final Four-bound University of Santo Tomas Golden Booters, Thursday afternoon at the Moro Lorenzo Field in Quezon City.

The Green Archers’ 0-2 loss to the Ateneo de Manila University Blue Eagles weeks ago had rendered this game immaterial, as it had allowed the Golden Booters to seal a ticket to the UAAP Season 79 Men’s Football Tournament post-season.

“I just told (the players) last week that today’s the last day for all the seniors… and this is the first day of tryouts for the rest,” commented La Salle coach Hans-Peter Smit. “This is the first time my team didn’t reach the top four and I have, never in my almost 40 years of coaching, been sixth ever.”

There was an end-of-the-season feel to the game from both teams. The game itself was nothing more than a dress rehearsal for the future. UST had already booked their ticket for the big dance anyway, but the same couldn’t be said for La Salle.

After a goalless first half, La Salle went close to busting the dam open when rookie striker Marcus Garcia saw his shot saved by UST goalie John Catalino. The Green Archers sought a happy ending to their tragic season. as it was they who attacked with vigor.

It ended goalless between both teams. UST can be satisfied as they received no injury nor suspension before the big dance. In contrast, La Salle will have to watch from the sidelines and prepare for next season.

Smit added, “I’m glad this is over with. I’m gonna get rid of the bad apples and you will see hopefully a different lineup next year.”

La Salle end the season with 16 points and in 5th place — temporarily — while UST shall enter the Final Four with 21 points in 4th place. There is still no official instruction as to when and where the Golden Booters shall play the Ateneo Blue Eagles in their post-season duel.

In the midst of 11 game skid, Guiao will no longer hold back on trades