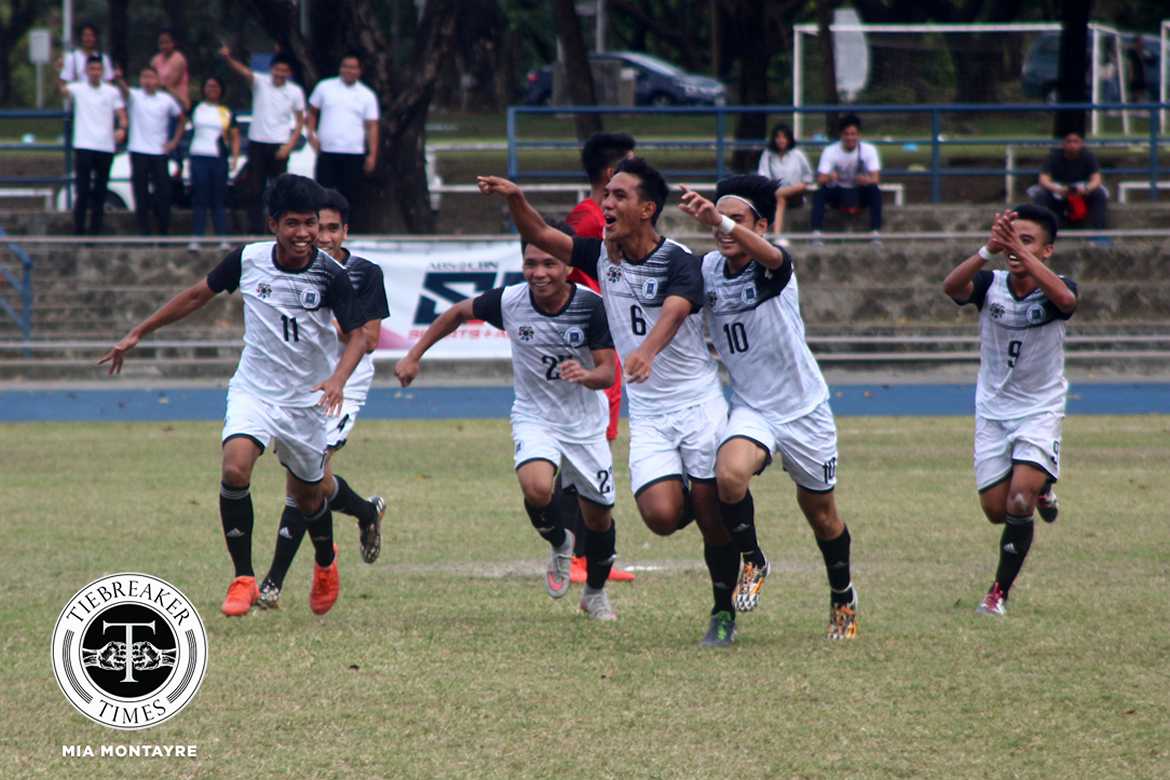 Needing a wake up call, the University of Santo Tomas Golden Booters came from behind and subdued the University of the East Red Warriors, 2-1, to take their first win of the season, Thursday afternoon at the Ateneo de Manila University Moro Lorenzo Field in Quezon City.

Such mental lapses were critical, as the Red Warriors took advantage of a defensive error in the 11th minute. Jo Mallen took advantage of the absence of a marking and headed the ball into net to put UE on top.

But that awakened the Tigers, as their offense finally broke through the stingy defense of the red-shirts.

Just four minutes before the break, Jayson Rafol found AJ Pasion running through the center, then sent the ball into the box. UE goalkeeper Frank Rieza tried to meet the ball but it went past him as Pasion equalized.

The mentor was right on the money, as that tying goal fueled the white-shirts to dominate the second half. Such pressure resulted in a well-deserved goal, as John De Castro put UST on top with a nice finish in the 53rd minute.

Fortunately for the Red Warriors, their defense held their opponents, only they could not break on their own. UST eventually walked away with their first win, something the team badly needs, according to Allado.

The Golden Booters (1-0-2) will face their last year’s semifinals nemesis and defending champions University of the Philippines Fighting Maroons (2-1-0) on Sunday at the Far Eastern University-Diliman Field at 3:00pm. On the other hand, the Red Warriors (0-1-2) will try to snap this winless streak as they take on the Ateneo de Manila University Blue Eagles (3-0-0) earlier that day at 1:00pm.

​The Hottest is Blue: Ateneo edges out La Salle to remain unscathed