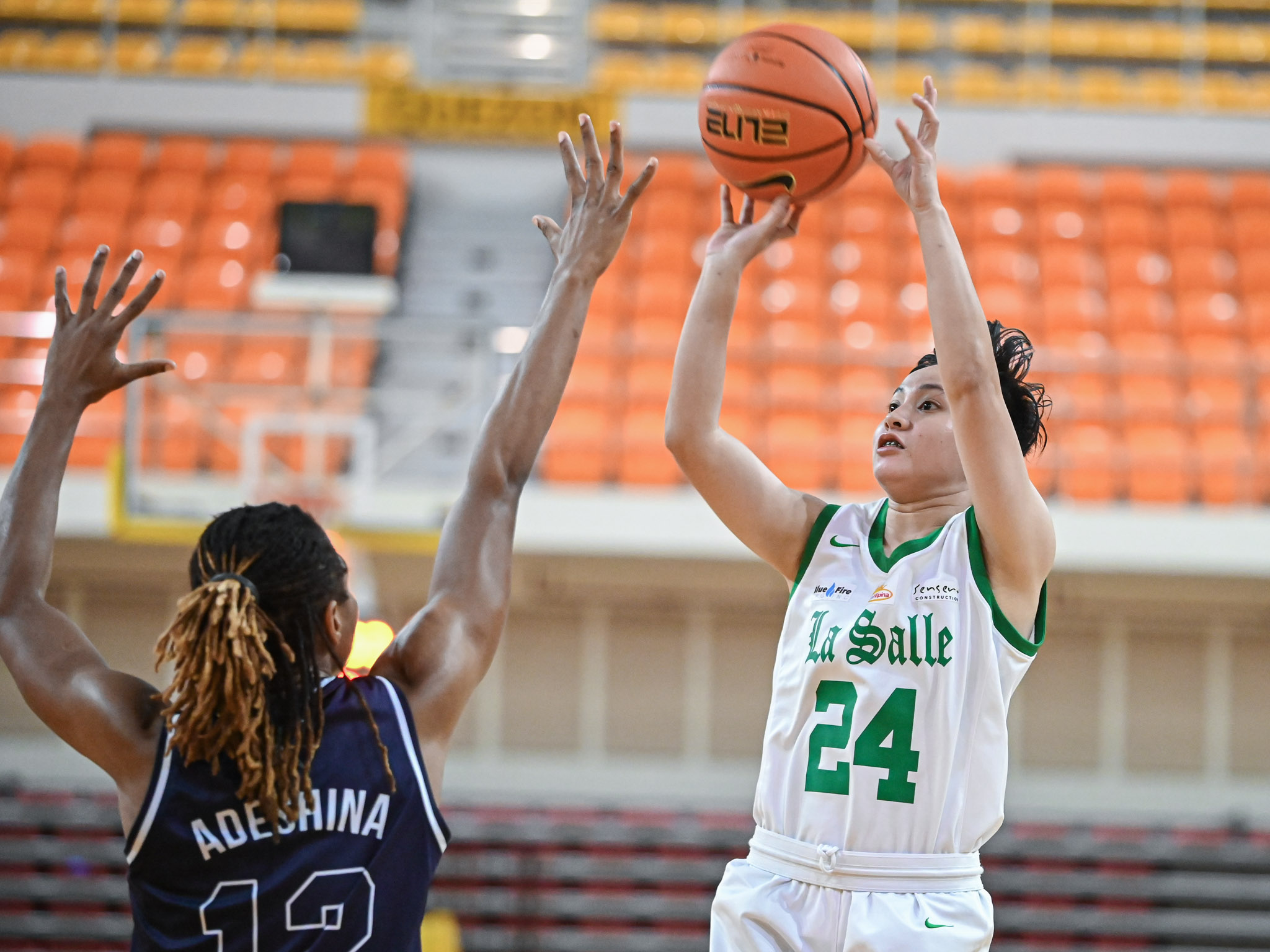 De La Salle University booked a Final Four ticket in the UAAP Season 85 Women’s Basketball Tournament after eking out a 54-48 win over Adamson University, Sunday at the UST Quadricentennial Pavilion.

The Lady Archers raised their slate to 9-2 to advance to the next round for the first time since Season 79. Moreover, they notched their fourth straight win with three games lift in the elims.

“Reaching the Final Four is just one of our goals in this tournament. But, again, we’re not yet done. We have three more games. We want to build good momentum going to the next phase of the tournament,” said La Salle head coach Cholo Villanueva.

Leading by as much as 41-30 off of a Fina Niantcho Tchuido basket with 28 seconds left in the third quarter, the Lady Archers saw their lead extinguished when Victoria Adeshina sank two charities to trim the score to 43-42 with 5:56 to go in the game.

However, La Salle was able to seal the win in the end by executing an 11-6 run ignited by Charmaine Torres’ free throws, as well as performing some fine defensive stops.

These include Rose Dampios committing a crucial turnover with 34.1 seconds left, Adeshina missing her attempt, and needing to foul Niantco Tchuido with a second remaining to ice the game.

“Again, we’re not gonna be dominating teams,” said Villanueva. “We need to outwork and outsmart our opponents and that’s gonna be the formula.”

Torres led La Salle with 14 points along with seven rebounds and five steals. Niantcho Tchuido contributed 10 points and 13 rebounds for the Lady Archers.

Defense was key for La Salle as it forced Adamson to commit 20 turnovers, which yielded 18 points. The Lady Archers were also able to make 13 steals compared to the Lady Falcons’ six.

The Lady Falcons were led by Adeshina’s 20 points and 20 rebounds followed by Cris Padilla’s 11 points.

Adamson remained at sixth with a 3-8 record. The Lady Falcons can’t afford to lose a single game the rest of the way.

Both teams will return to action next Saturday at the same venue.