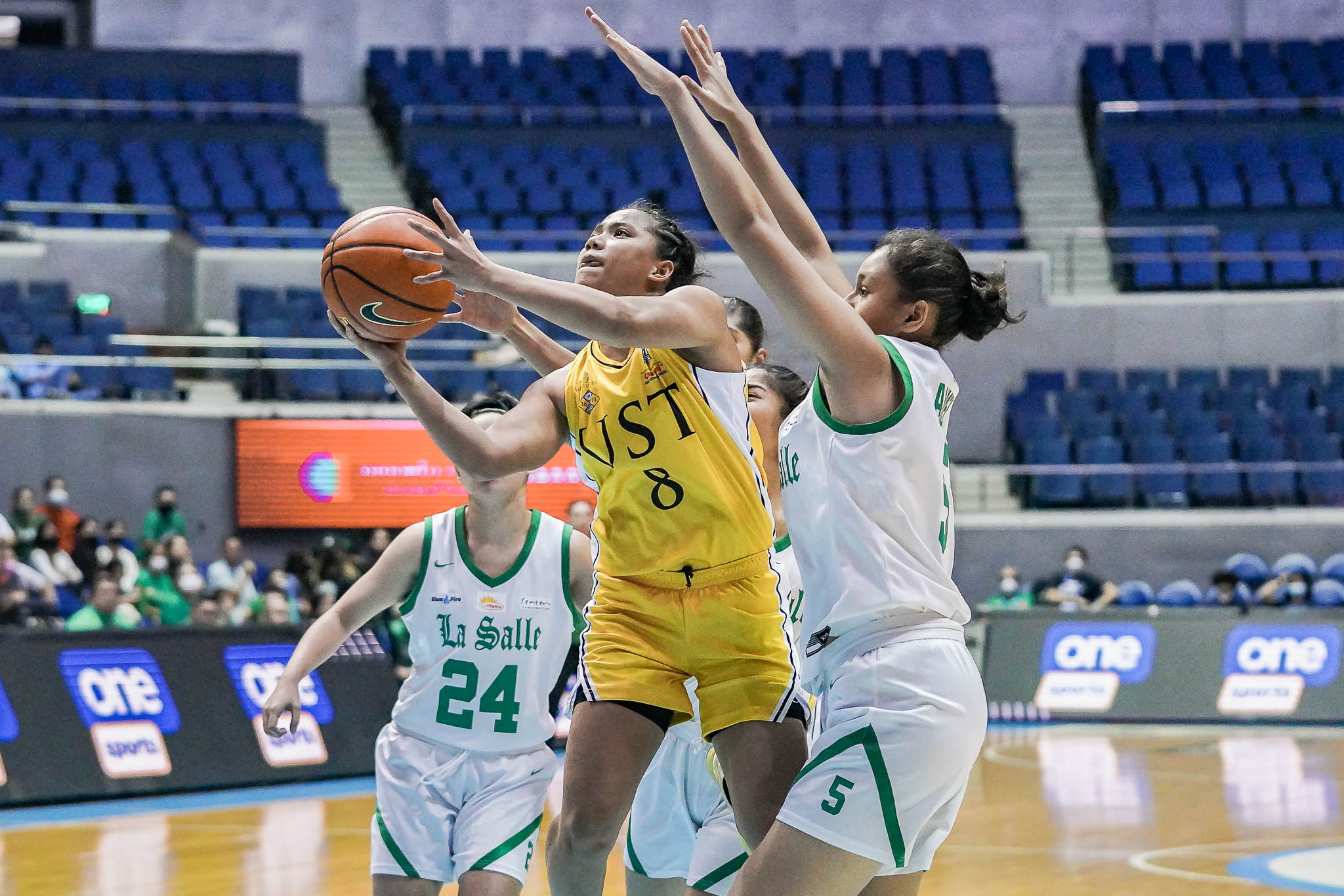 Eka Soriano did it all for the Growling Tigresses with 23 points, 11 rebounds, five assists, and two steals.

Seniors Joe Arciga and Ameng Torres came alive and pushed the Lady Archers within eight to turn a 37-53 deficit to just a 47-55 affair with 5:06 left in the match.

However, UST’s Tacky Tacatac, Brigette Santos, and Joylyn Pangilinan had answers in them to keep their team afloat and force the do-or-die.

“We pulled through this knockout game. We have to work harder now that La Salle is going back for the last time to be in the Finals,” said Growling Tigresses head coach Haydee Ong.

Tacatac added 17 points and three steals, while Pangilinan chimed in 11 points and four rebounds in the win.

Leading the way for La Salle was Torres with 16 points, nine rebounds, and four steals, while Fina Niantcho Tchuido got 10 points and 13 rebounds.

The rubber match will be on Wednesday, December 7 at the SMART Araneta Coliseum. The winner will face six-time defending champion National University in the best-of-three Finals.