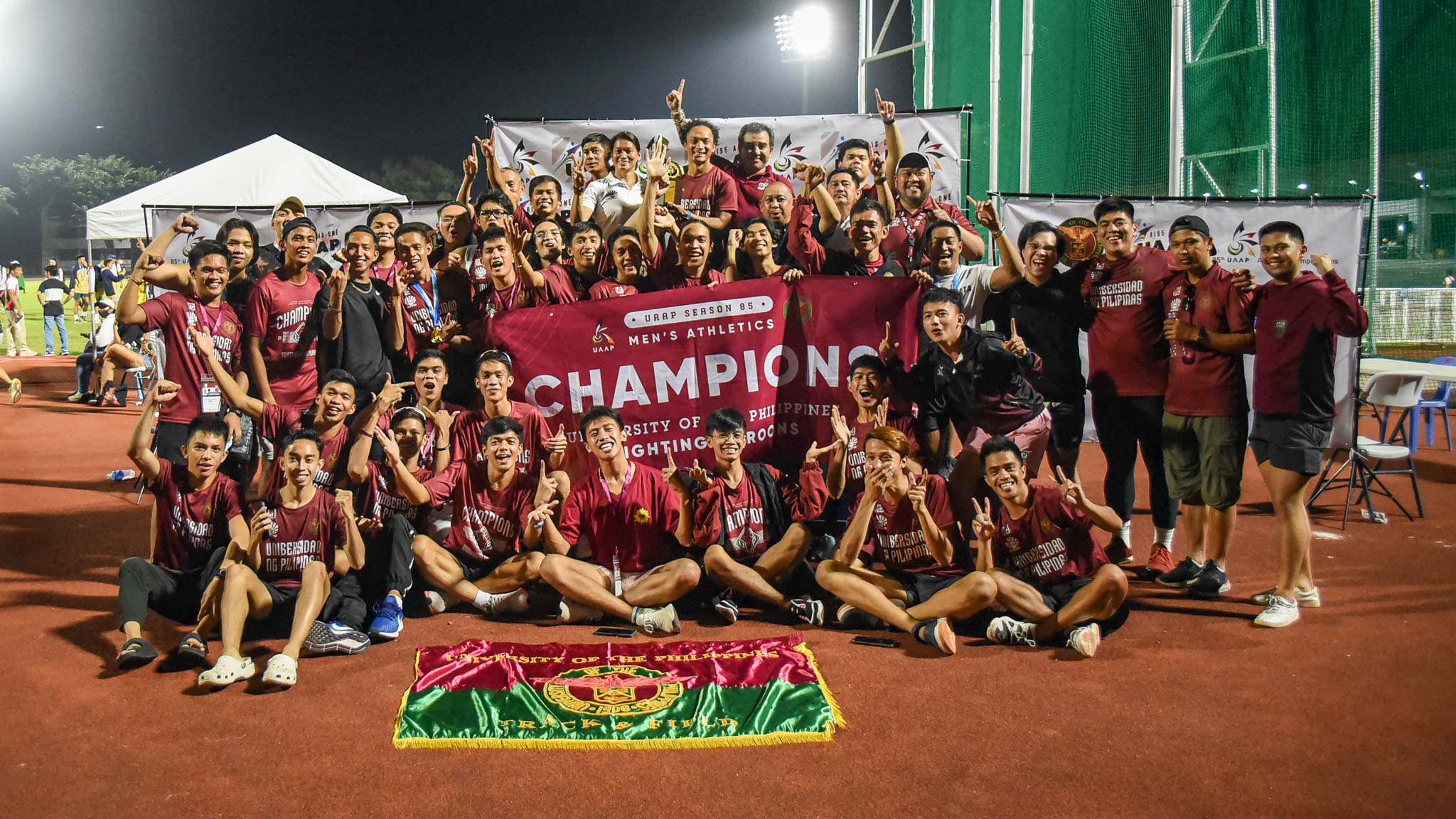 University of the Philippines captured back-to-back men’s titles after taking care of business with two golds on the final day of the UAAP Season 85 Athletics Championships, Sunday at the Philsports Track and Field Oval in Pasig City.

The Fighting Maroons collected a 20th crown in the event and the first for the season after ending with 358 points.

Eduard Flores zoomed past the field to take the 3000-meter steeplechase title with 9:35.52 over University of the East’s James Orduna with 9:42.95 and National University’s Erwin Mancao with 9:45.83.

Labita previously completed the sprint treble of the 100-200-400m and the 400m hurdles, before taking the first-runner cudgels as well in the 4x100m relay.

UST’s Jhon Ballelos ruled the hammer throw with a heave of 43.09 meters, while NU’s John Nicholan Pangan and UP’s Ed Delina rounded the podium with 41.76 and 40.97, respectively.

Edgie Garbin ended the campaign for UE with its lone gold after reigning over the 110m hurdles with 14.84, which is slightly ahead of Far Eastern University’s Tochukwu Onoura Okolo’s 14.94. Obejas took the bronze with a close 14.98 finish.

Decathlon champion Allen Mationg of FEU won the top rookie plum in the men’s side.

The Bulldogs rose to second place with 280 points, while former seven-peat champions Tamaraws rounded the team rostrum with 224.