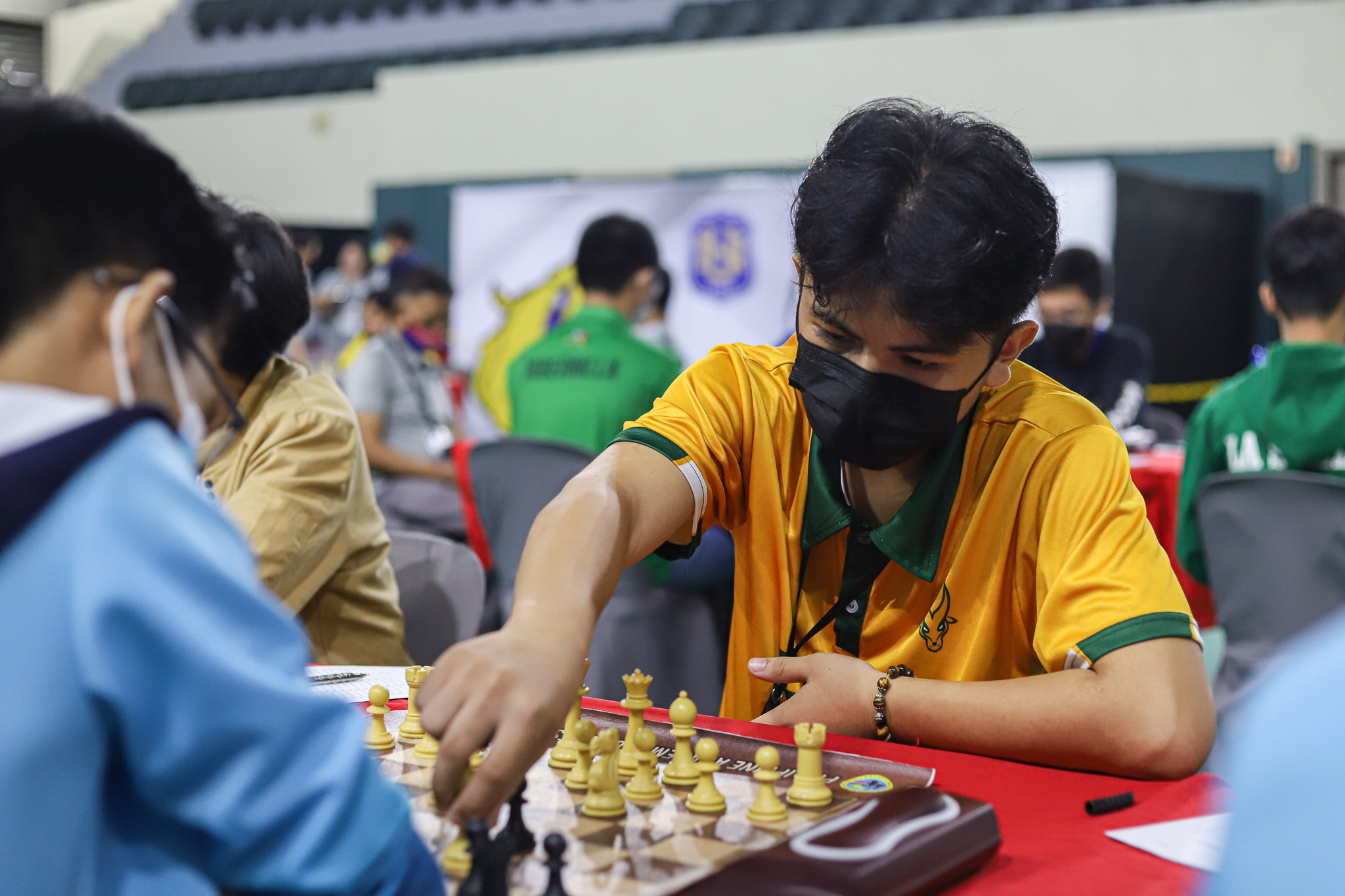 Far Eastern University-Diliman and University of Sto. Tomas took separate 3.5-0.5 wins in Round 3 to force a tie for the top spot of the UAAP Season 85 Boys’ Chess Championships at the FEU Tech Gym in Manila

FEU-D’s Franklin Loyd Andes (Board 2) displayed pinpoint accuracy in playing the white pieces to emerge on top after 39 moves of the Petrov Defense against Raiz Ryann Roxas.

Christian Marcelo Olaybal also delivered a win on the top board after treading beautifully in a bishop and pawn endgame, forcing AHS’s Liam Uriel Batnag to resign after the 44th move while Cyrus James Damiray made quick work of Gian Alingog, taking the win with the white pieces in just 31 moves of the Sicilian Defense.

Lemmuel Jay Adena completed FEU’s romp with a draw in Board 3.

For UST, it was Karlycris Clarito Jr. who took the spotlight after executing a 22-move mate on DLSZ’s Paolo Miguel De Vera in Board 1.

Francis Apollo Magpily followed suit with a 37-move mate in Board 3 while Ronald Dableo II left Nathan Joseph Navarro with no choice but to resign after 30 moves of the London System courtesy of an unstoppable pawn promotion.

Emcel Jules Gadut then split the point with DLSZ’s Tyrhhone James Tabernilla in Board 2 to close out UST’s dominant win.