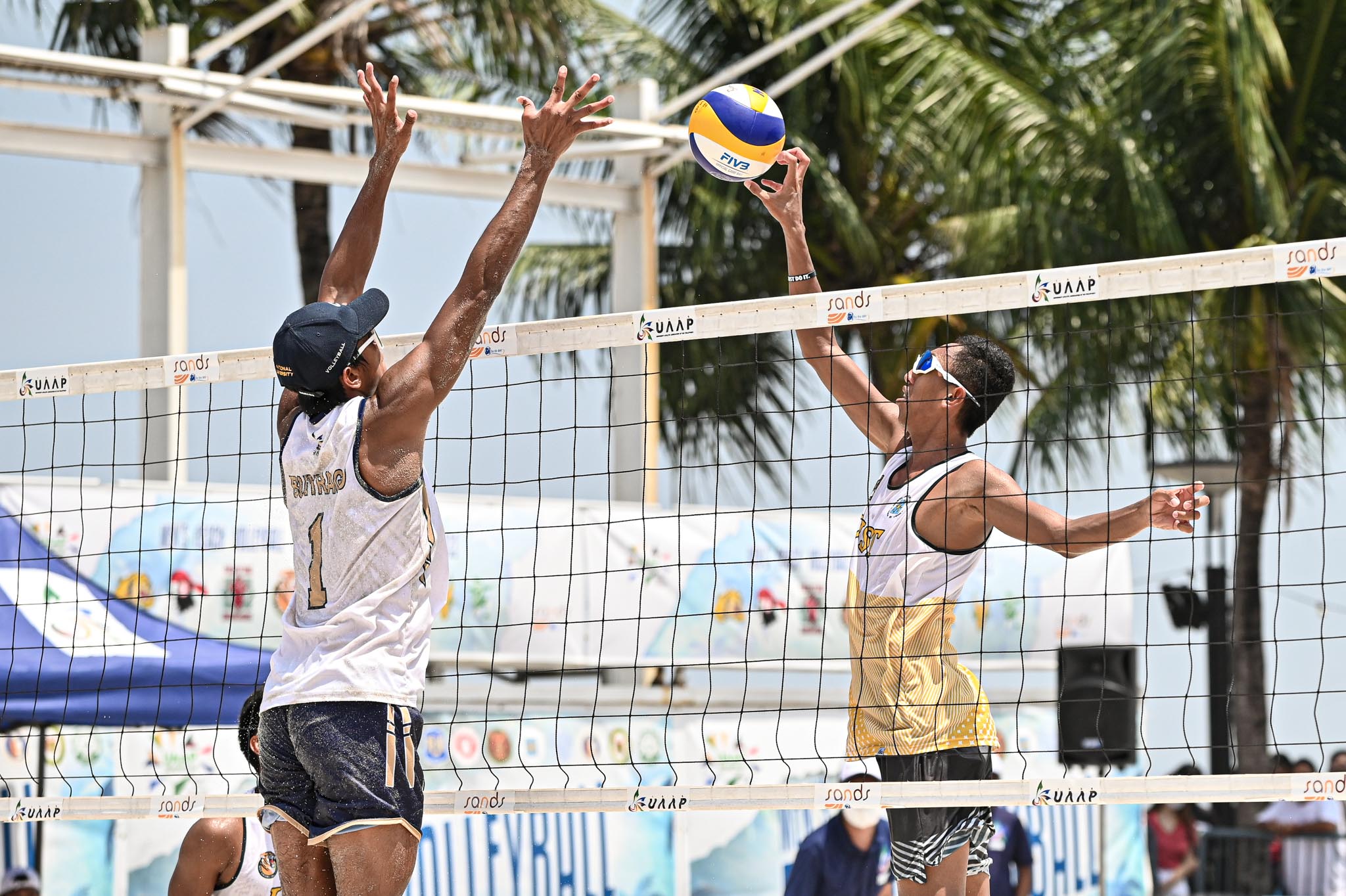 University of Santo Tomas ruled the UAAP men’s beach volleyball tournament for the third straight season following a 28-26, 21-15 conquest of National University Sunday at Sands SM By The Bay.

The Tiger Spikers remained as the league’s winningest squad with six titles but had to withstand a tough Bulldogs challenge in the opening set.

UST took the extended first set on a Rancel Varga go-ahead kill that broke a 26-26 stalemate and a big Jaron Requinton block on Pol Salvador.

The Tigers raced to a 7-2 second set lead and later pulled away by scoring four straight points for a 16-9 advantage on a Requinton ace.

Playing in front of his family and friends who flew all the way from Cebu over the weekend, Varga was named the tournament for the second straight season. 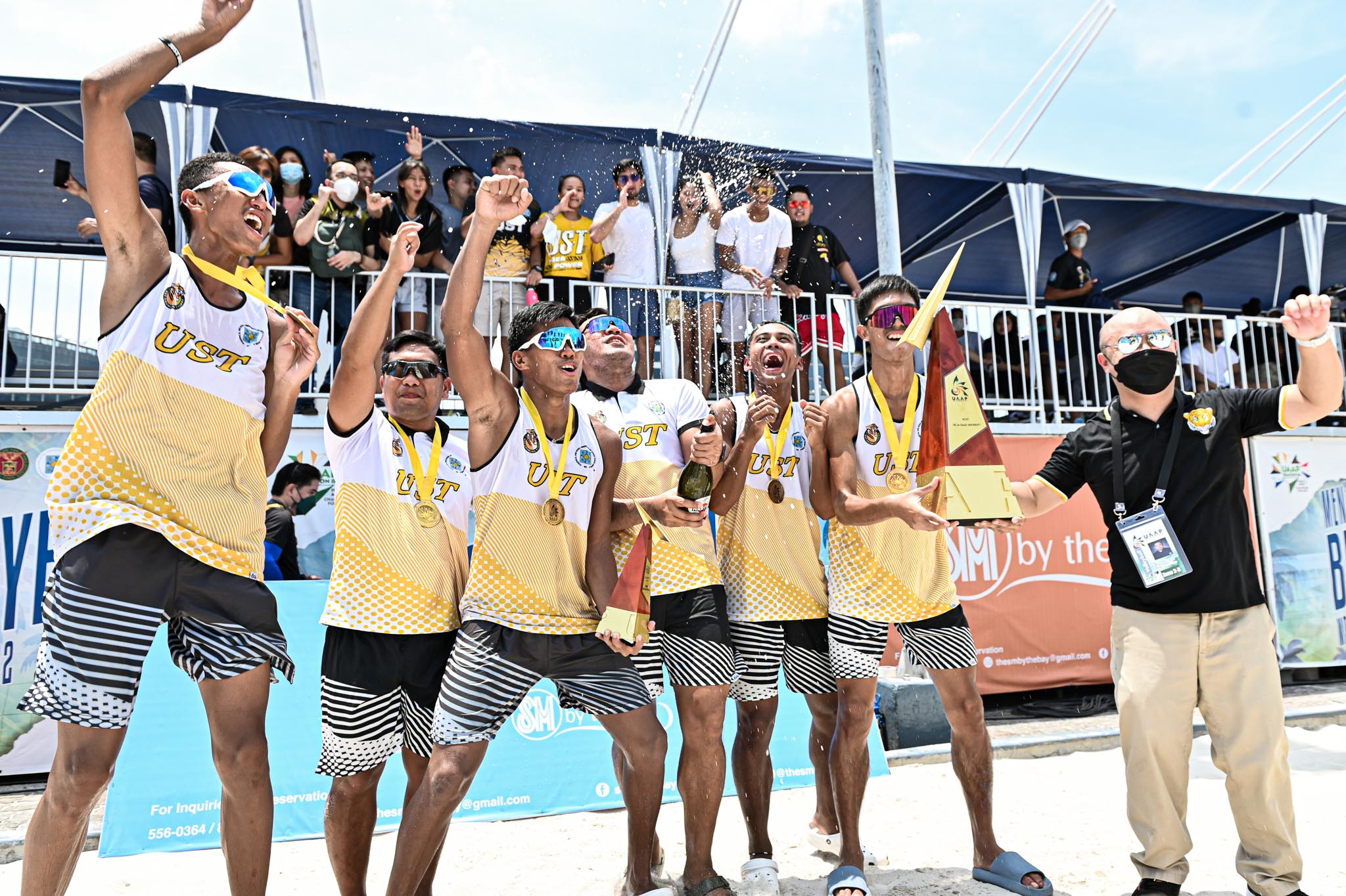 A two-time Southeast Asian Games bronze medalist, Requinton was able to get the job done after he was fielded at the end of the eliminations to boost UST’s title-retention bid. 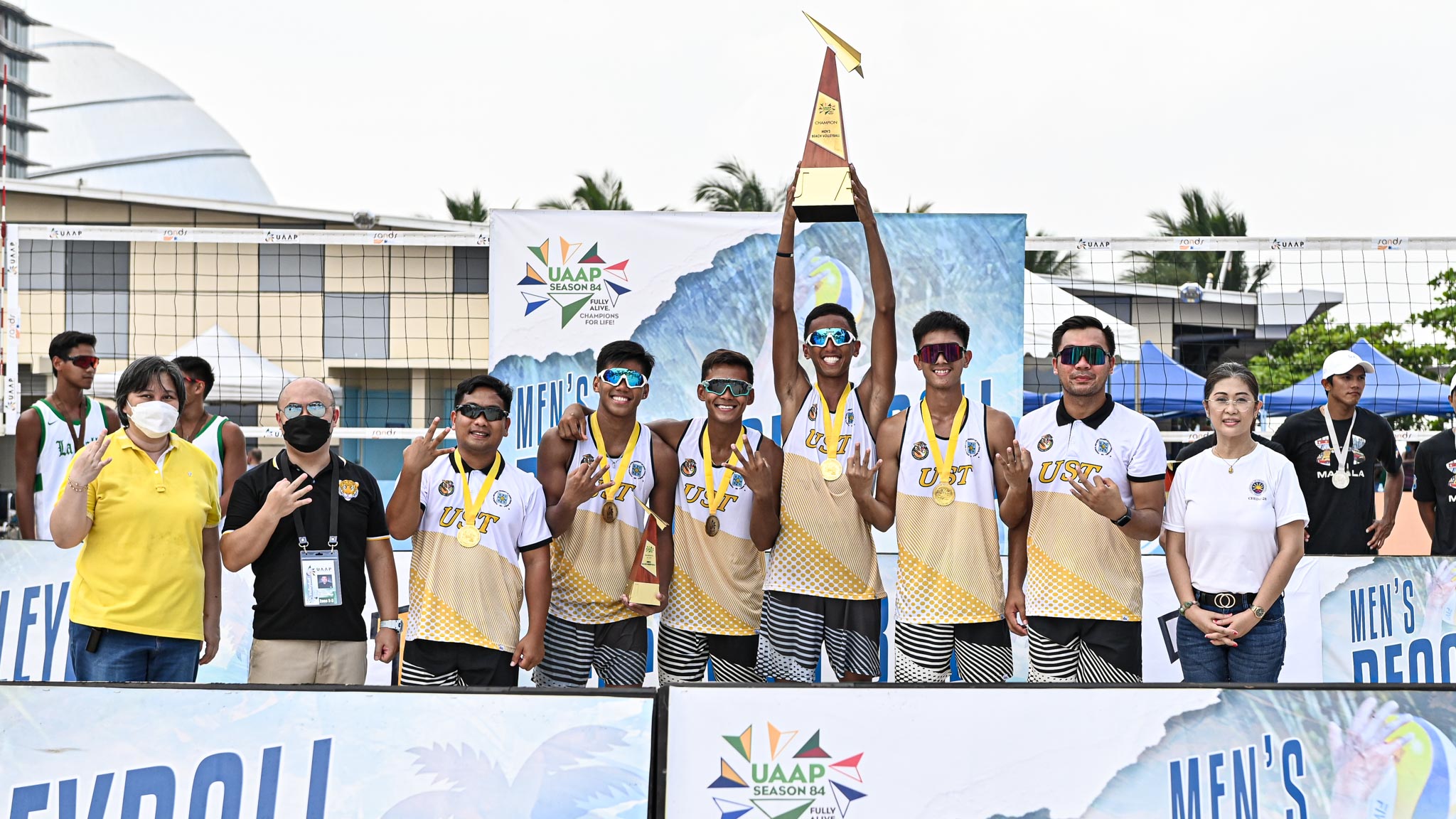 Requinton, who was listed as third player, praised Efraem Dimaculangan for teaming up with Varga for helping the Tigers win four of the first five matches.

La Salle earlier carved out a 21-17, 21-17 win over University of the Philippines to secure the bronze medal.

It was the Green Spikers’ best-ever finish in the event, with Noel Kampton winning the Rookie of the Year honors.