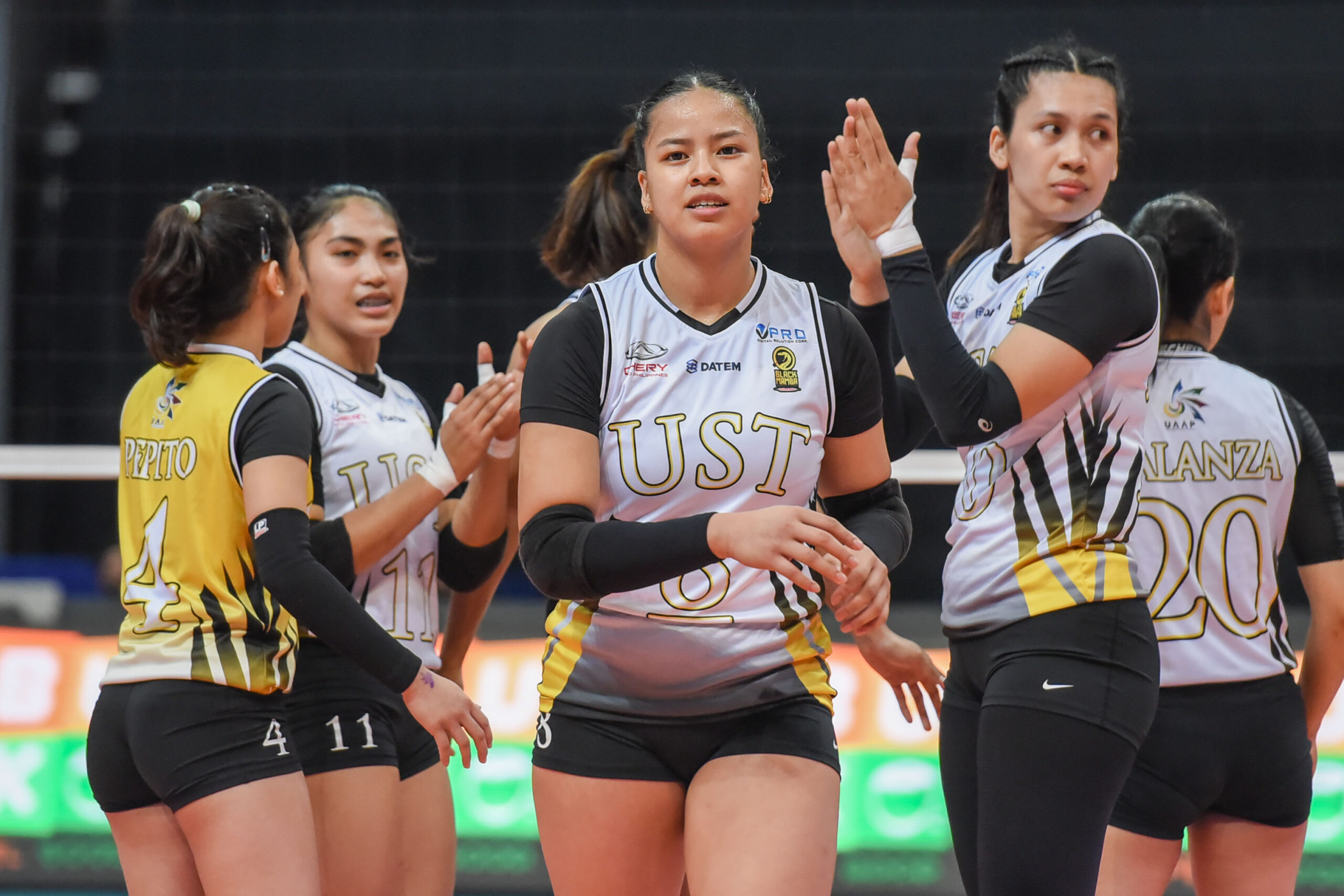 University of Santo Tomas booked the third semifinals ticket in the UAAP Season 84 women’s volleyball tournament after beating University of the East, 26-24, 25-18, 25-19, Tuesday at the SM Mall of Asia Arena in Pasay City.

The Golden Tigresses improved to 9-4, still at the third seed. Fifth-running Adamson University can only reach eight wins at maximum.

Ypril Tapia led the balanced attack of UST with 13 points, all from attacks, while Eya Laure did it all with 12 points, 12 excellent receptions, and seven digs.

With UE at set point in the first frame, Imee Hernandez extended it with a quick attack before Ja Lana committed back-to-back errors to give UST the early upper hand, 26-24.

KC Galdones added 11 points for the Golden Tigresses, earning the player of the game honors.

UST will try to play spoiler on outright Finals berth-seeking National University on Thursday at 4 pm. UE will try to end the season on a good note against fellow also-ran schol Far Eastern University at 10 am.