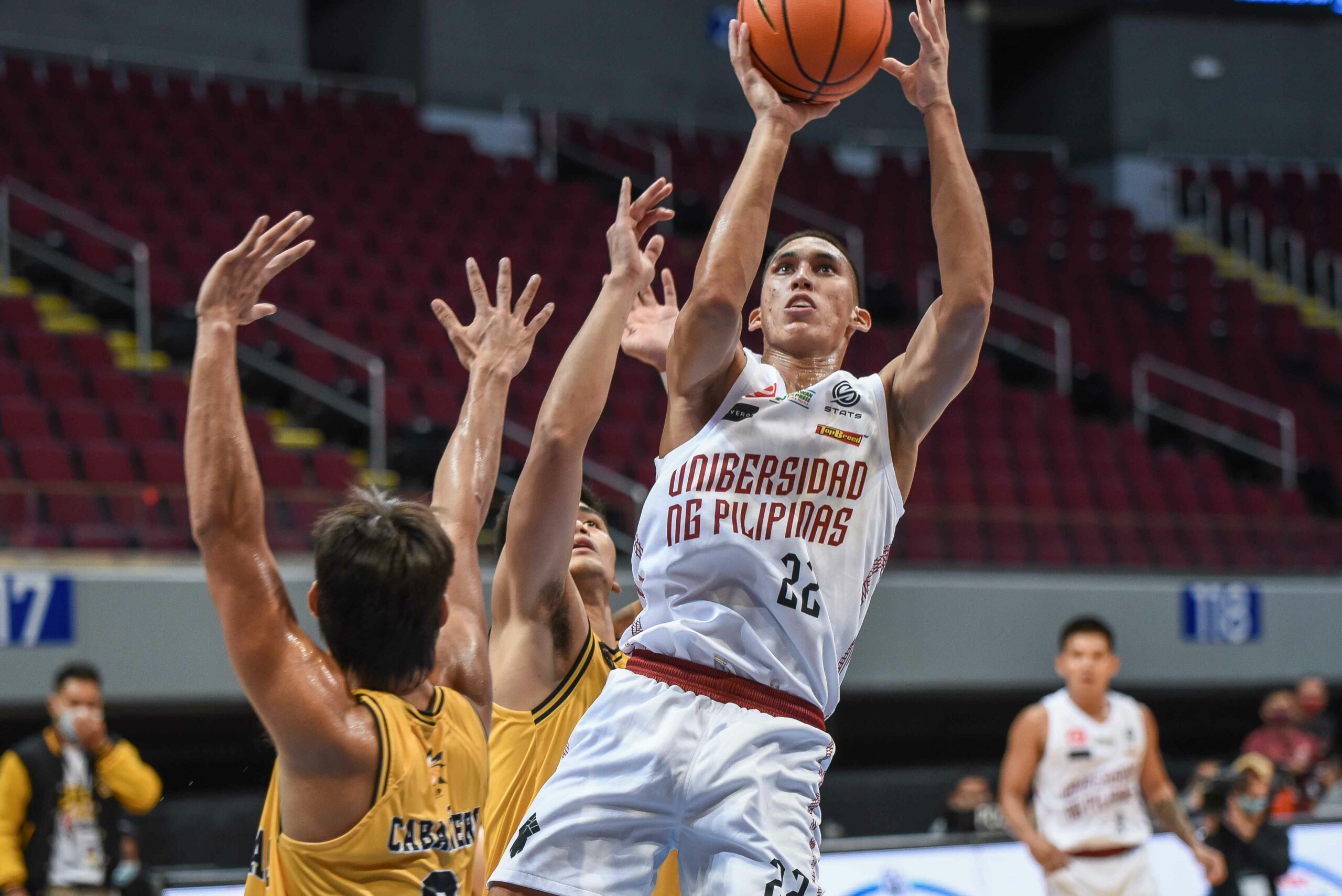 Behind the breakout performances of Joel Cagulangan and Xavier Lucero, University of the Philippines barged into the UAAP Season 82 Men’s Basketball Tournament win column with a 98-82 victory over University of Santo Tomas, Tuesday evening, at the closed-door SM Mall of Asia Arena in Pasay City.

After a difficult first half, UP came to life after the break. Lucero, the Fighting Maroons’ 6-foot-7 Filipino-American prized recruit, made good use of his size and athleticism to score 10 points, mainly through fastbreaks and putbacks, in the third quarter while point guard Cagulangan played the role of orchestrator and defender as he directed UP’s recovery.

Down 42-48 before the restart, Lucero scored six straight baskets to level the proceeding and the Fighting Maroons did not look back. The tide truly turned at the 5:02 mark of the third quarter when Ricci Rivero converted two free throws from an unsportsmanlike foul from UST’s Paul Manalang to lead 62-56.

With momentum truly on their side, a three by James Spencer with 20 seconds left in the quarter set UP on its way to victory with a 78-60 cushion just before the final period. Come the fourth quarter. The Fighting Maroons saw their lead balloon to as high as 88-67 off consecutive shots from CJ Catapusan and Rivero with 6:45 left in the game.

Rivero led UP with 19 points, Lucero and Carl Tamayo both had 18 points and eight rebounds, James Spencer had 11 points, Cagulangan had six points, nine assists, and five steals, and Malik Diouf had six points and seven rebounds.

“Yun talaga and strength namin in a way, yung pressing defense namin and converting it sa offensive end,” said Monteverde. “The most important thing for me dito is nakita ko yung bounce back namin from the previous game and also during this game.”

Before the UP onslaught, UST started the contest with such a high intensity and pace. A Nic Cabenero three saw the Growling Tigers end the first quarter with a 25-16 lead. Cabanero then gave UST a 30-43 cushion in the second quarter with four straight points. However, UP’s Tamayo capped off an 8-0 run with an and-1 play to trim it down to 43-38.

Miguel Pangilinan, who sunk 13 points in the second quarter, had an and-one play of his own to restore UST’s double-digit edge to 38-48 as the Growling Tigers ended the half strongly with a six-point edge over the Fighting Maroons.

Both teams shall next play this Thursday at the SM MOA Arena. UP (1-1) takes on National University at 4:00 PM while UST (0-2) goes up against University of the East at 7:00 PM.