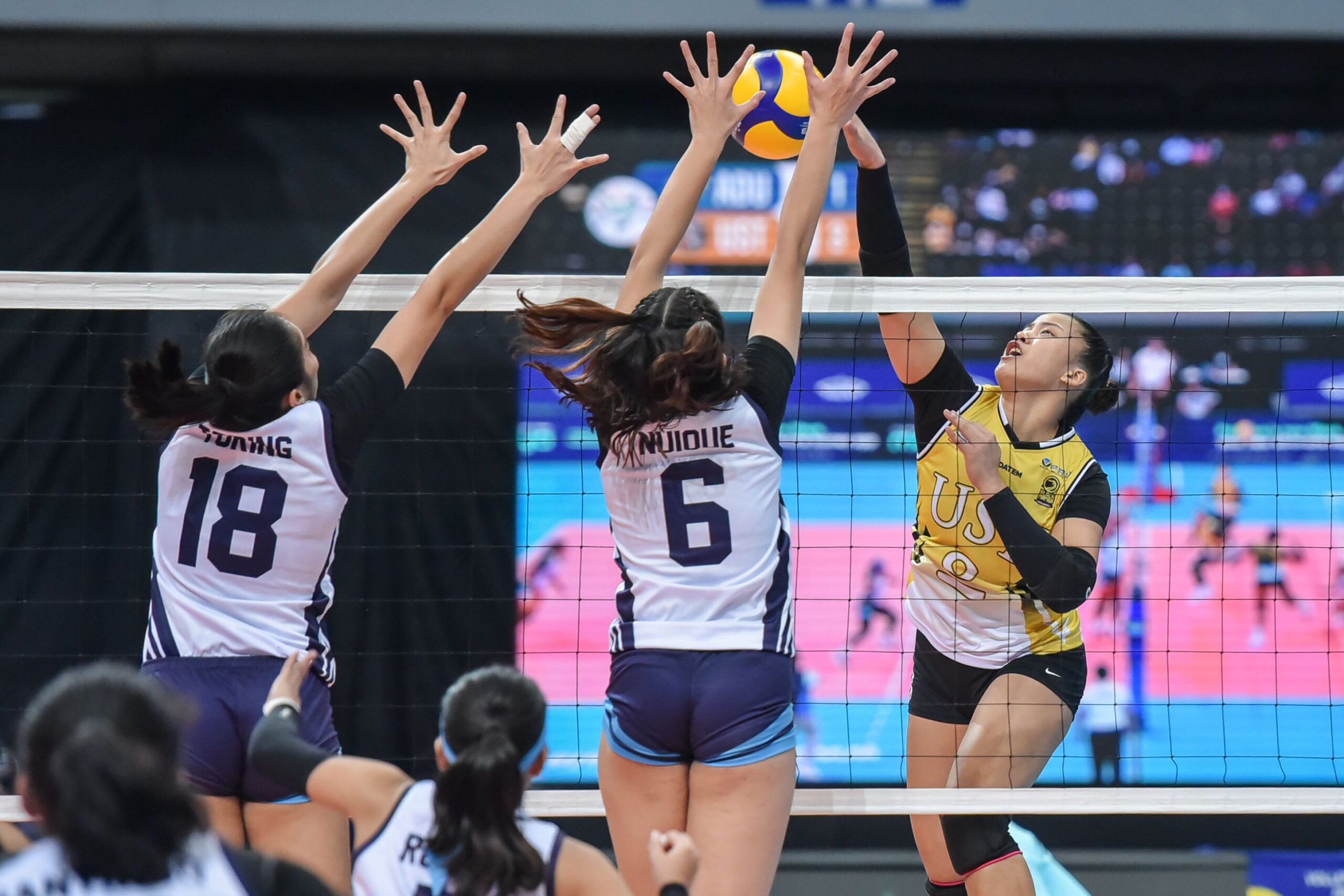 Eya Laure, the UAAP’s leading scorer after the first round, dropped 21 big points to go along with 13 excellent receptions to help the Golden Tigresses clinch their third consecutive win while also keeping their hold of the second spot through a 6-2 win-loss slate.

Trailing by one in the final set, 11-12, Kecelyn Galdones blocked Lorene Toring’s quick attempt to knot the scores at 12-all. Kate Santiago then failed to get the ball over as Eya Laure and Galdones went for the jugular with a block on May Ann Nuique and an ace, respectively.

The Lady Falcons went on a 9-1 blast to erase a six-point deficit and take the opening set for the early 1-0 lead. Adamson then took the second set with ease before the Golden Tigresses snagged the next two to send the game to a fifth set.

Trisha Genesis delivered 23 points on 18 attacks, four aces, and an ace for Adamson while Santiago and Nuique added 18 and 16 points, respectively, as the Lady Falcons dropped to a 4-4 slate.

A total of five players finished in double digits for the Lady Falcons with Rizza Cruz and Toring adding 14 and 12 points, respectively.

UST will take on UP next on Saturday at 12:30 PM while Adamson will look to bounce back against UE earlier that day at 10:00 AM.