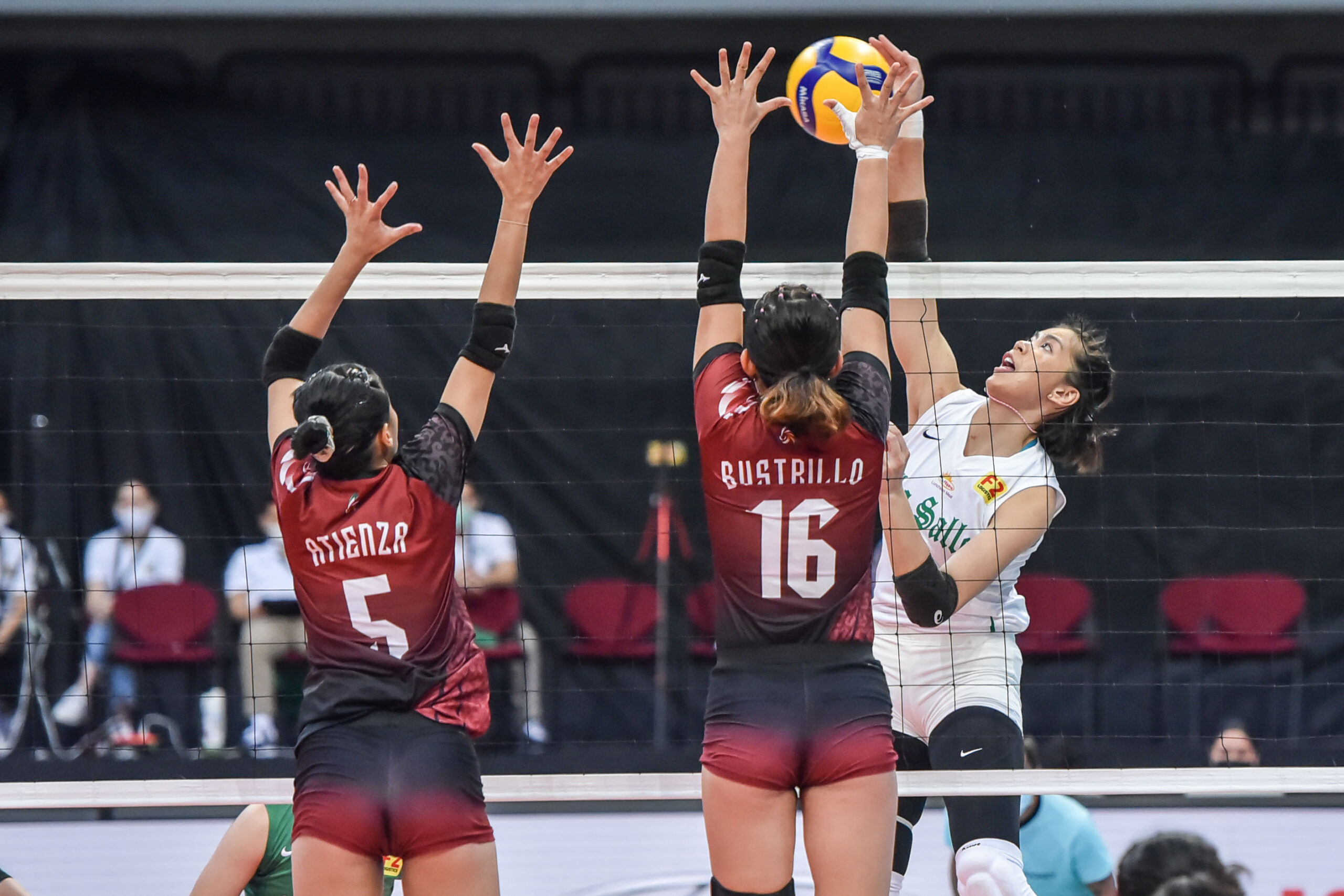 De La Salle University crawled back from a six-point deficit in the third set to close out University of the Philippines, 25-21, 25-23, 25-21 to reclaim the second spot in the UAAP Season 84 women’s volleyball tournament, Tuesday at the SM Mall of Asia Arena in Pasay City.

The Lady Spikers averted a meltdown in the third and final frame with Thea Gagate, Alleiah Malaluan, and Erika Santos erasing a six-point deficit by way of a 9-1 blast that gave La Salle a 19-17 advantage.

A couple of errors coming from Ramil De Jesus’ wards locked the game at 21-all, but Malaluan and Jolina Dela Cruz scored off a timeout to put the Lady Spikers ahead by two, 23-21. Alyssa Bertolano and Lorie Bernardo then committed consecutive attack errors which sealed the win for La Salle.

Malaluan topped the scoring column for La Salle with 14 points on 11 attacks, two aces, and a block laced with seven excellent receptions while Thea Gagate registered 10 attacks and two kill blocks for 12 points.

While the Lady Spikers’ victory – which lasted for an hour and 43 minutes – helped them tie University of Sto. Tomas with identical 7-3 records, the Taft-based spikers still took the second spot with 22 points compared to the Golden Tigresses’ 18. The win also officially eliminated Far Eastern University from Final Four contention.

UP, which still has a chance to crack the playoffs, was led by team captain Jewel Encarnacion with 16 points, seven receptions, and five digs. Alyssa Bertonalo added 10 points despite sitting out the opening set while Stephanie Bustrillo had seven.

La Salle takes on University of Santo Tomas on Thursday at 12:30 PM while UP will face Far Eastern University earlier that day at 10:00 AM.