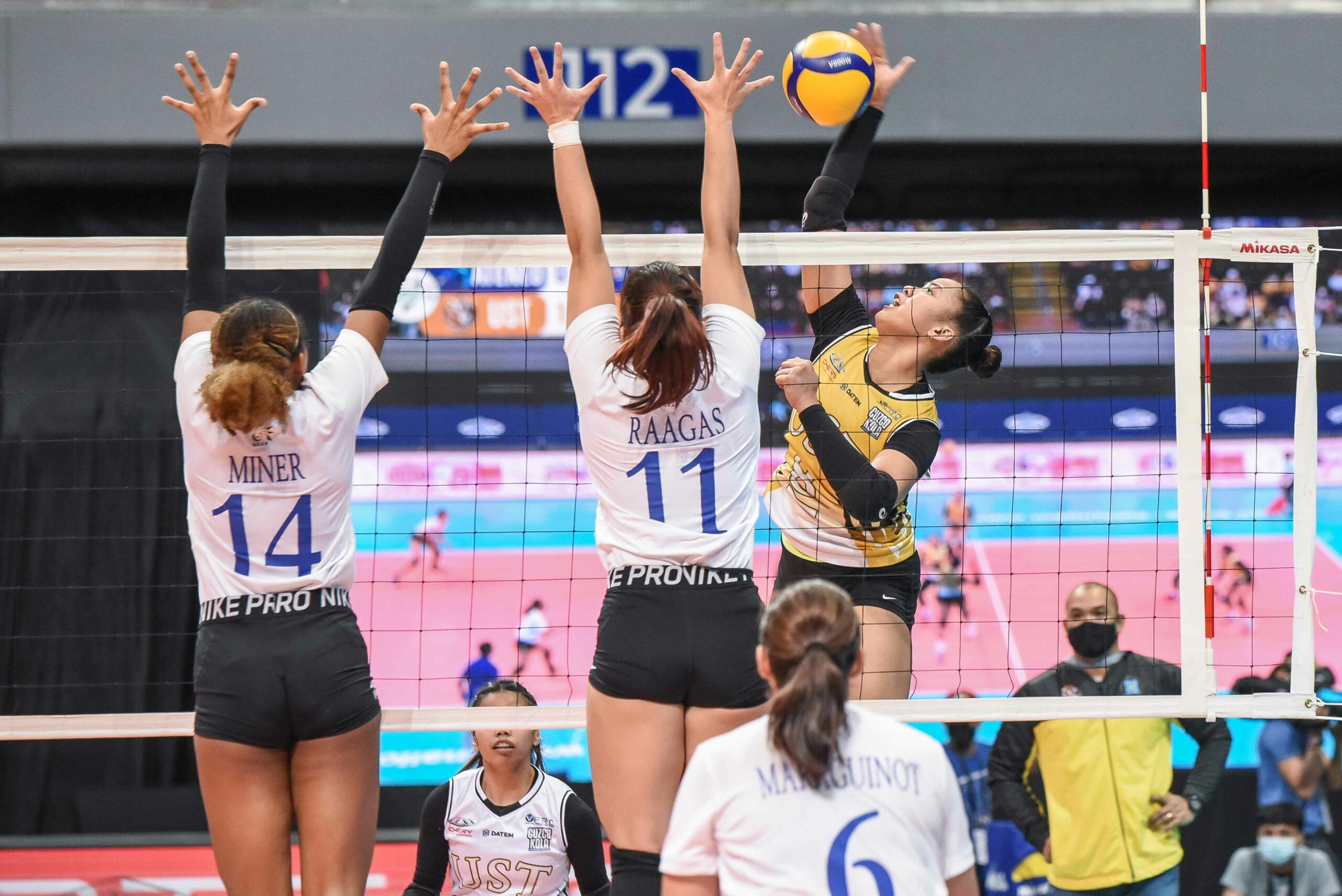 Eya Laure led the Golden Tigresses with a career-high 31 points to go along with 14 excellent receptions to push her side to a 5-2 standing after the first round for solo second. And it was the second generation Tiger who ended the match.

KC Galdones followed it up with a kill block while Laure finished things off with an off-the-block kill to finish the game.

Ahead by just two points, Laure scored three of her nine first set points in UST’s 6-2 closing run for the upper hand, 25-19.

Knotted at 29 in the third set, Ateneo’s Vanie Gandler delivered from the backrow before Ypril Tapia committed an attacking error for UST to extend the match, 31-29.

UST’s Christine Ecalla appeared to sprain her right ankle after an awkward landing early in the second salvo.

Faith Nisperos paced Ateneo with 22 points while Gandler chalked up 18 points, all from spikes.

The Blue Eagles fell to 3-4, knotted with University of the Philippines for fifth.