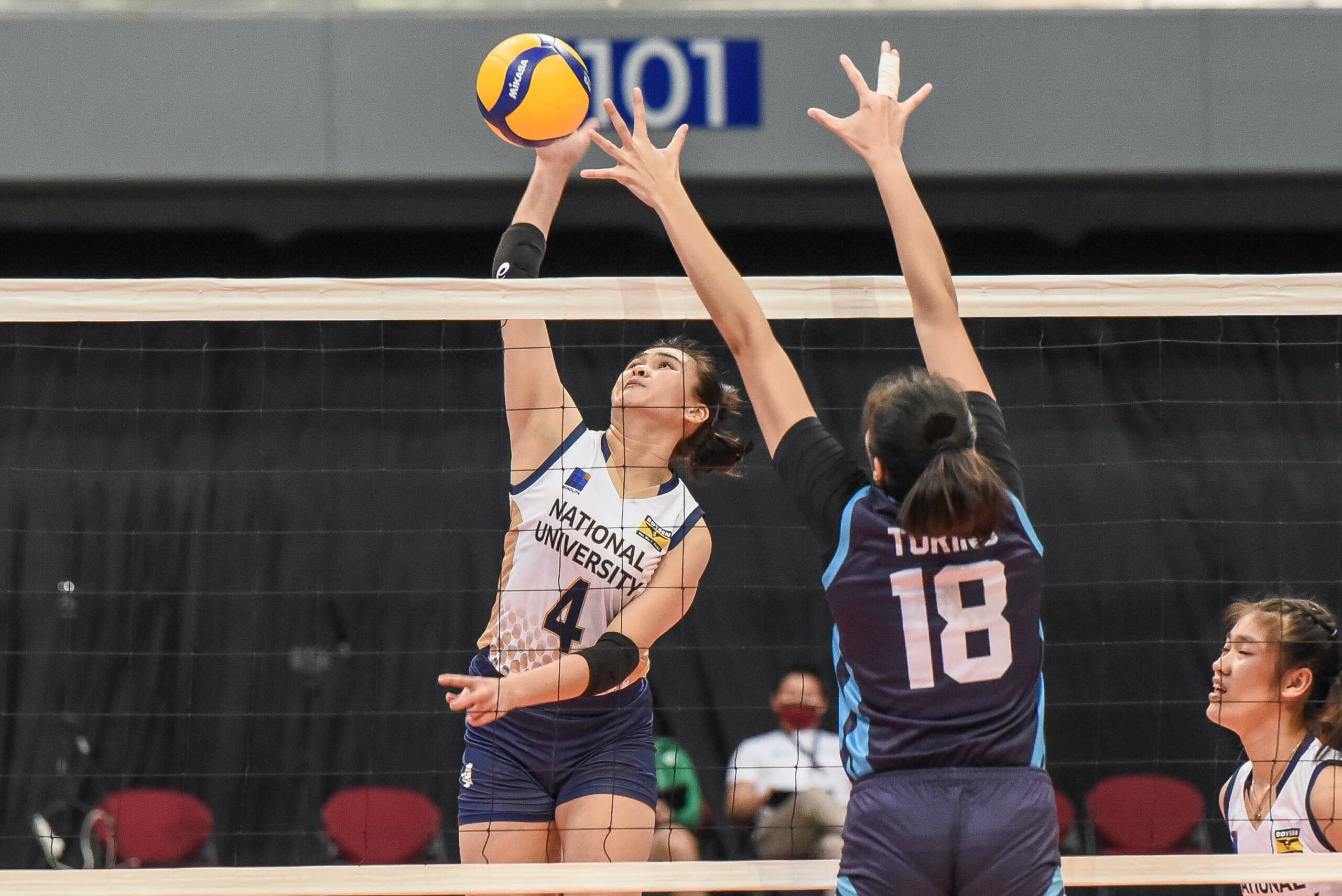 After trailing by as much as three points midway into the third set, Mhicaela Belen converted from the back while Ivy Lacsina scored an ace to hand the Lady Bulldogs a seven-point, 23-16 advantage.

Alyssa Solomon’s hit went long in the following play while Lorene Toring dropped one in to cut the lead down to five for the Lady Falcons before Sheena Toring and Princess Robles put up the finishing touches for NU.

Camilla Lamina dished out 15 excellent sets laced with a point while Jennifer Nierva had 14 excellent digs and nine excellent receptions for NU.

NU had a rousing start in set one, taking a 10-point, 25-15 win before gutting out a tight one in the second frame off a service error from Lucille Almonte.

Leading the way for the Lady Falcons is Toring with eight points while four players from the team each had five markers. Trisha Genesis was held to just four points as Louie Romero ended with just 10 excellent sets.

NU will square off against Ateneo on Thursday at 10:00 AM while Adamson will look to get its first win against La Salle at 12:00 PM later in the day.