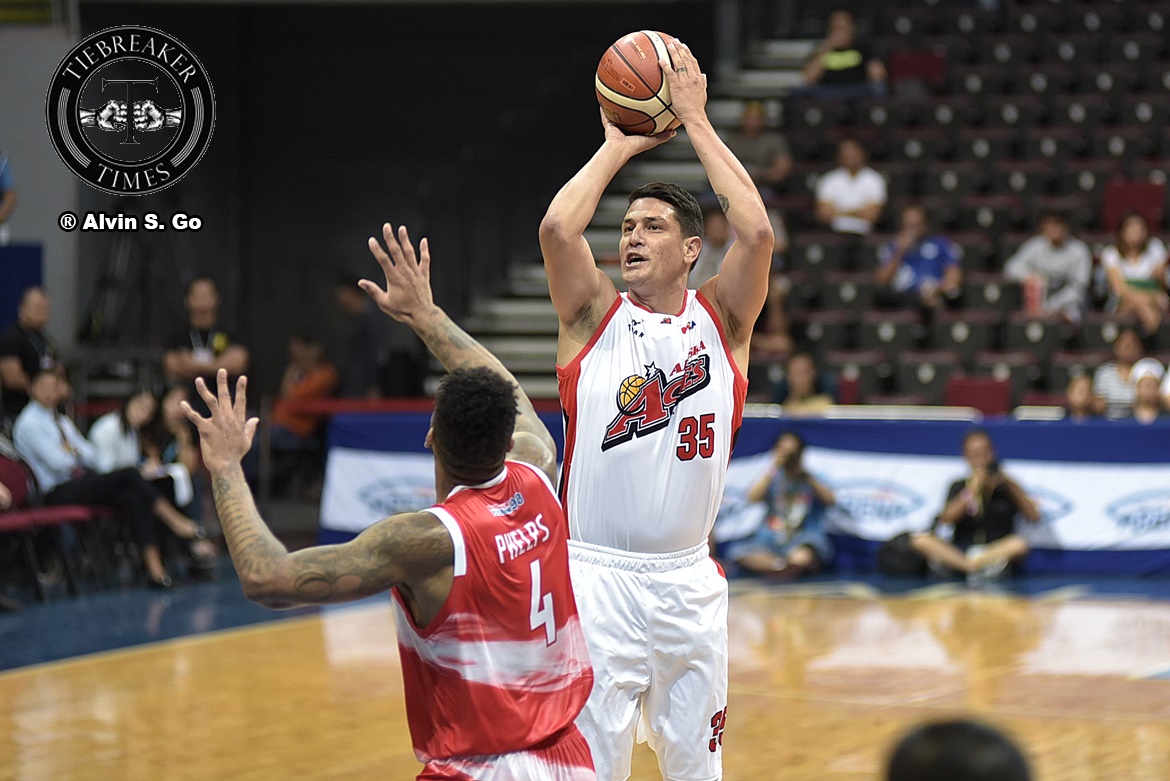 As far as Tony Dela Cruz remembers, his very first game in the PBA happened in 2000, when he was still playing for the now-defunct Shell Turbo Chargers. And the match had take place in the then-newly built Ynares Center in Antipolo.

So for him, it was poetic that his 17-year career will end in the very same place where his first-ever taste of the pro league occured.

“Seventeen years ago, my first PBA game was here in Ynares,” the now-39-year-old recalled. “And if I’m not mistaken, I think it was against Alaska. I think it was Shell versus Alaska. So we have to do the research there.

“But it’s pretty poetic that my last game is here in Antipolo again.”

The six-foot-five Filipino-American forward was expected to feel down after he and the Alaska Aces lost badly to the Rain or Shine Elasto Painters, 82-112. But he felt otherwise, as Dela Cruz was nostalgic.

It was clear that he is not letting this loss affect him much.

Hanging up their sneakers for good will always bring a certain sadness to retirees. And the Californian is not exempt from that, since he will miss everything that he has experienced in the many years he have logged.

“I’m not sad that I don’t have to go to practice anymore, ’cause my body can’t take it.

“But I am sad that I can’t come to the game prepared the way I mentally prepare every game day, and the camaraderie you have with teammates,” Dela Cruz added. “Only someone that’s ever played will understand that and it’s different once you step away.”

Asked what his plans are as a retired cager, the former national team cager made it known that he still wants to do activities related to the game — either color commentary or, inevitably, manning the sidelines for a team.

“I have some opportunities with Alaska in terms of speaking. Talking about leadership, comminication, and I really want to get into commentating. So hopefully you’ll see me more at the games,” said the UC-Irvine product.

“I really wanna be around the game, so hopefully I can coach somewhere — learn, grow, and one day be a head coach in the PBA. But obviously I have a lot to learn, a lot to grow.”

But before fully exploring life after basketball, all that Dela Cruz wants, for now, is to savor this moment, free from the sport he had grown up with.

“I want to enjoy the moment and show a lot of gratitude to everyone… I’m just excited that now I can step away knowing that I had a good run.”