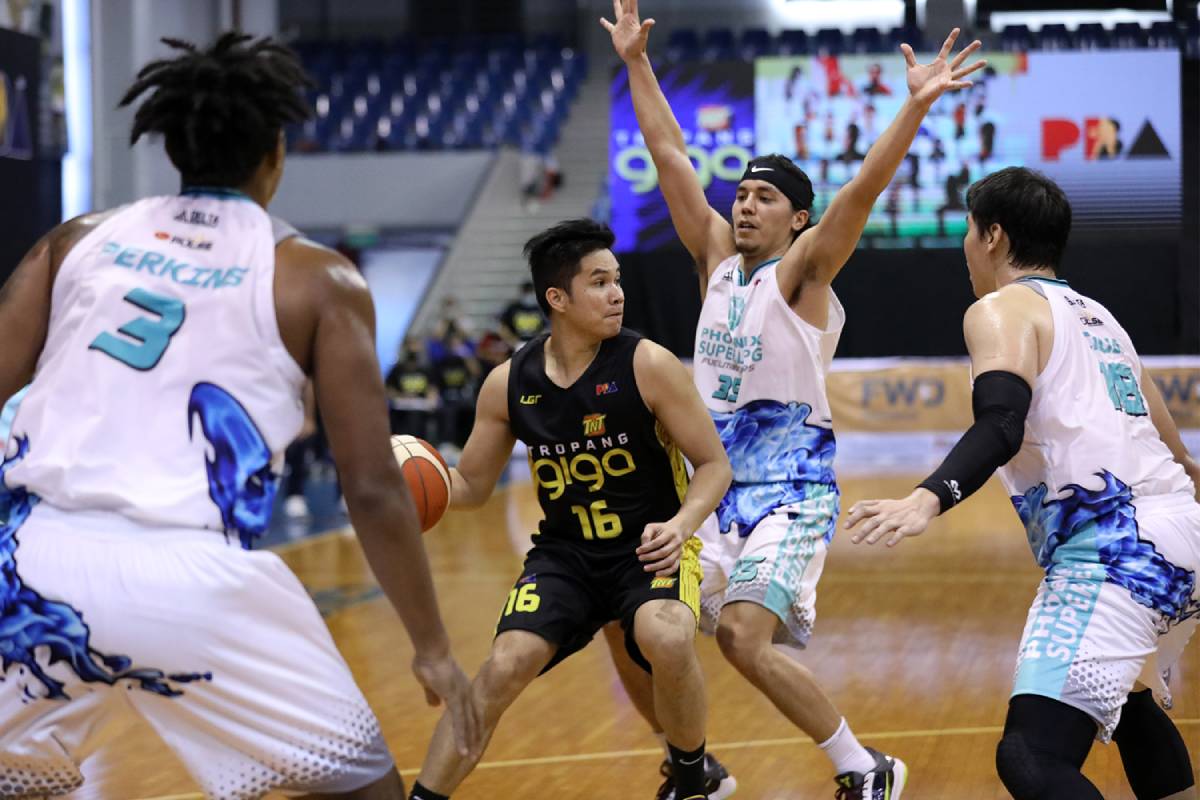 SMART CLARK GIGA CITY — It was only 11 months ago that TNT last saw itself figuring in a winner-take-all situation.

However, it didn’t go in favor of the flagship MVP franchise. It lost, 78-89, abruptly ending a campaign where it was among the favorites following a 7-0 start into the tilt — plus the addition of major pieces such as Ray Parks.

Now, TNT doesn’t want history to repeat itself, especially now that it is in the exact same situation again.

The Tropang Giga will play the hungry Phoenix Super LPG in Game Five of their 2020 Philippine Cup semis battle.

The best-of-five clash was expected to go the full route right from the start. And that’s exactly what happened after TNT forced a sudden death when it took Game Four last Wednesday through a 102-101 decision.

It now heads to the 3:45 p.m. clash with enough steam, but head coach Bong Ravena isn’t that confident, as he’s wary of the Fuel Masters’ retaliation.

The Tropa do not need to look that far for a reminder of what’s to come. Just last game, Phoenix came back from as much as 17 down early in the third, and managed to trim the deficit to just a solitary point.

“We have to be ready for Phoenix also. We respect them so much. We know they can play, they can finish the game,” Ravena warned.

#ReadMore  Jayson Castro proves why he is still TNT's ace

Fortunately for TNT, Parks was there to help them get the job done. The second-generation cager fired 17 of his 36 points in the fourth quarter as he provided counters for every blow by their foes.

Then there’s Jay Washington, who, at 39, served as the defensive anchor for TNT and also gave them a spark on offense, stepping up on a night that saw Troy Rosario and Poy Erram struggle.

It would be ideal if all the usual suspects will find their mark in the all-important game and that’s what Ravena hopes to see. But more than anything else, he would want to see that desire from them to bag the W.

That’s because TNT knows that it is bound for yet another grind-out affair against a Phoenix side led by its 1-2 punch of sharpshooter Matthew Wright and the do-it-all Calvin Abueva.

Though, Ravena’s counterpart Topex Robinson is just new to his job for the ‘over-achieving’ Fuel Masters, it is not an excuse to just lie down come Game Five.

“TNT was the better team in Game Four so we have to bounce back hard in Game Five. Right now, we have to give our best, knowing that we are facing a very good team,” said Robinson.

“No more excuses. We are already in the playoffs and we need to be tougher. Hopefully, we’ll get better.”