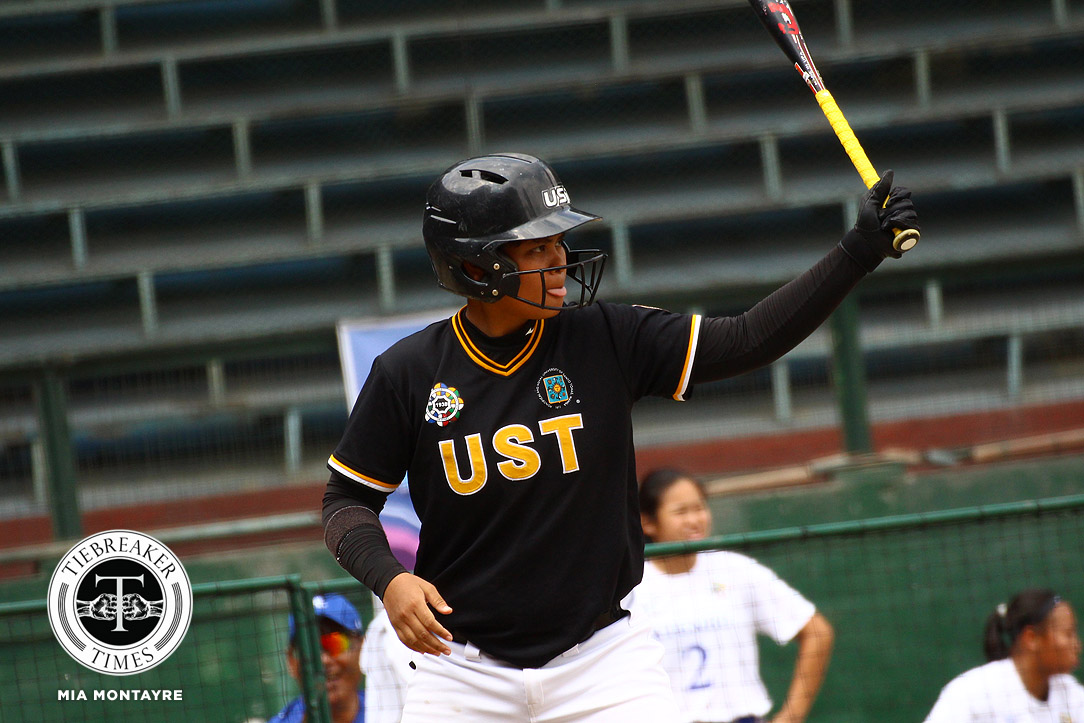 They might have lost captain and three-time UAAP Best Pitcher Ann Antolihao, but the mix of seniors and rookies – led by graduating catcher Tin Palma – towed the University of Santo Tomas Tiger Softbelles to an opening day win.

Palma scored to of the five runs produced by the Tigresses while driving in two as well off a two-RBI homer in her first hit of the season. The Blu Girls reserve ended with two hits in four at bats.

UST took the lead at 2-0 in the second inning after going scoreless in the first frame. Palma crossed home off a catching error with Trisha Tiozon attempt. Tiozon then doubled the lead off another Ateneo miscue. In the third inning, senior Hannah Dela Torre and rookie Charlotte Sales stepped on the bases on scoring positions to set up for that booming hit from Palma to the left field.

Fortunately for the Lady Eagles, their defense was able to limit their opponents to just three more hits in the last four innings. Nonetheless, the Tomasinas did their own part in the field to seal the opening day win.

Losing most of their key players from last year, UST had to start from scratch.

For the seasoned mentor, where they will end up this season is up to the Tigresses’ performance come game time. “Depende na lang sa lalaruin ng mga bata.

The Tigresses will take a bye on Monday and will face the on the National University Lady Bulldogs on Thursday, February 21, at 9 a.m. Meanwhile, the Lady Eagles will battle the same team prior on Monday, February 18, at 1 p.m.